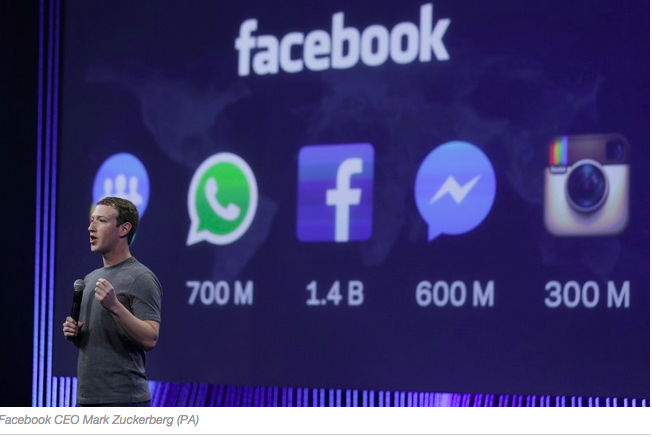 Umberto Eco famously declared that Macs are Catholic and PCs are Protestant. That analogy can also be applied to the two social media giants shaping the 21st century.

Some 20 years ago, in an article in the magazine L’Espresso, the famous Italian intellectual Umberto Eco launched the arresting thesis that the Mac was Catholic and the PC was Protestant.

His argument was that Apple was “cheerful, friendly, conciliatory. It tells the faithful how they must proceed step by step to reach – if not the Kingdom of Heaven – the moment in which their document is printed. It is catechistic: the essence of revelation is dealt with via simple formulae and sumptuous icons. Everyone has a right to salvation.”

Microsoft’s DOS operating system, in contrast, was not user-friendly. Eco called it “Protestant, or even Calvinistic. It allows free interpretation of scripture, demands difficult personal decisions, imposes a subtle hermeneutics upon the user, and takes for granted the idea that not all can reach salvation. To make the system work you need to interpret the program yourself: a long way from the baroque community of revellers, the user is closed within the loneliness of his own inner torment.” (He also had a theory about Windows being Anglican, but I won’t bother you with that.)

Most people, it’s fair to say, carried on using their computers blissfully unaware of their Catholic or Protestant resonances. But some of us loved the notion and have been wondering how to revive it – if only to annoy liberal theologians who are busy trying to disguise crucial differences of doctrine.

If we’re going to update Eco’s insights, however, we need to move beyond computers: they’ve become too similar (and this is also true of the computers we refer to as mobile phones). For a digital illustration of respective theological worldviews, look instead at the two giants of social media – Twitter and Facebook. One is clearly Protestant and the other Catholic. Let me explain.

Twitter is a wonderful tool for those who wish to preach to their “followers”. The most famous tweeters have heaps of followers, and thus no real way of judging their audience or gauging its reaction. This disparate horde does not form a true community. I follow Richard Dawkins, for example, but I doubt I have anything in common with most of his 1.17 million followers. Dawkins mounts the Twitter pulpit to hand down lapidary truths. They are not there to be discussed, they are to be accepted. Moreover, those who disagree are fools and knaves or, as the professor’s followers love to call them, “religiots” – religious idiots. The tweets that come out of the Dawkins camp are mainly provocations and insults lobbed at the enemy: it’s not dialogue. They represent a faith that is unleavened by any appeal to reason and untempered by the usual rules of civility.

The polemicists of Twitter remind me of Martin Luther who, protected by the power of the German princes, hurled foul insults at the Pope. Many tweeters are anonymous, which allows them to indulge in relentless bullying.

This isn’t say that Twitter is entirely a bad thing. After all, it gives the whole world a voice, and every voice is equal, in that anyone has the freedom to publish whatever thought comes into their head. There is no formal hierarchy in Twitter, any more than there is the revivalist churches of the Evangelical world. Authority comes from your ability to create a cult around you. That’s easy if you’re famous in the first place; otherwise, you have to rely on your wits, your passion or the crowd-pleasing extremism of your message. No offence, but this is all very Protestant.

The noisiest people on Twitter hark back to the very worst of what Protestantism has to offer: protest, not reason; polemic, not dialogue; slogans rather than a theology that appeals to the careful balance between faith and reason that should reign in every human heart.

This isn’t to say that actual Protestants on Twitter deal in crude rhetoric. Take Pastor Rick Warren, who has an impressive 1.6 million followers. This megachurch of cyberspace is admirable and authentically Christian, as is the Alpha course pioneer Nicky Gumbel, who has 100,000 followers.

As we know, Pope Francis has stepped out of the clearly defined papal role of yesteryear and embraced a leadership role that in substance and in style wants to embrace all who follow Christ. His tweets, at the @Pontifex account, are selected by Vatican officials who comb the papal pronouncements of the week, extracting a few short phrases and then tweeting them with his approval.

So the papal tweets are all things said by the Pope – but is Twitter the right medium for them? Deprived of context and removed from the interplay between speaker and audience, they are lobbed out into the silence of cyberspace to land where they will. And goodness, they do land in some strange places. If you click on the individual tweet you can read the reactions. Many of them are abusive, some of them downright crazy. It is best for your peace of mind never to look. Pontifex’s tweets, perfectly reasonable in themselves, are too often lost in a vortex of unreason.

Twitter may be the ideal place for the solitary to howl in rage, or for the celebrity to sound off, but Facebook is a rather different form of social media. Whereas Twitter is about collecting followers who form a passive audience, Facebook is based around the idea of a network of friends. The people who follow you on Twitter are strangers; the friends you have on Facebook are just that, people you know, at least in theory.

It is this bond of friendship that restrains the worst excesses of Twitter-style grandstanding. Twitter speaks to the crowd; Facebook to a congregation, a community – and that, in my opinion, makes Facebook Catholic.

Let me give an example. Very occasionally someone may comment on my Facebook “status” and make a passing remark that is less than complimentary to another ecclesial body. Some of my best friends are Anglicans, and so if I see anything that I think might upset or offend them, I delete it. It’s like being at a clerical drinks party. You know that John can’t stand women priests, so when you see him gravitating over to the side of the room where Sally, recently ordained, stands, you swoop on him and say: “John, come and talk to Simon, who shares your passion for ecclesiastical embroidery.” Or whatever.

Think of Facebook as a cocktail party in cyberspace, and yourself as the host, facilitating happy meetings, while defusing or preventing confrontations.

Facebook has another advantage. Like Twitter, it can act as a useful noticeboard to draw people’s attention to articles you have read, or pictures you have liked. But it goes further than that. One can post longer thoughts, and more reasoned ones. One can also evoke more reasoned reactions, because Facebook statements are not limited to 140 characters. It is possible to have discussions on Facebook – rudimentary ones, but ones where all the participants meet as equals.

Twitter is for those who like to preach six feet above contradiction. Facebook is for those who love to converse. That’s an important point, because there is a huge difference between conversation and condemnation.

Two of the great works of Catholic literature are about conversation. The first, St Augustine’s Confessions, is a remembered conversation over time. The saint recalls his various religious encounters, each one of which formed him and his opinions, until he became convinced of the truth of the Catholic faith. The most important of these conversations was the one he had with his mother, St Monica, a conversation that culminated just before her death with the ecstasy of Ostia, the occasion when mother and son discussed the life of heaven and gradually fell into silence as they experienced the reality of heavenly things.

The second work, the Summa Theologiae of St Thomas Aquinas, is couched in question-and-answer form, a dialogue, and is modelled on the disputations that were the norm in medieval universities. This is the Catholic way: two-way conversation that is open to transcendental truths. Contrast that with Luther, the progenitor of the famous slogans sola scriptura (Scripture alone) and sola fide (faith alone). Less well known, but just as dangerous, are his pronouncements “Away with Aristotle” and “What has Aristotle to do with Christ?” All of these would make memorable tweets, yet they should leave every rational person saying: “Yes, but…”

Theology, if it is to remain theology – the study of the logos, or reason – cannot be reduced to such brevity. How one wishes to break the carapace of Lutheran thought with the great dictum of Aquinas: gratia naturam supponit et perfecit eam – grace presupposes nature and brings it to perfection. That is the answer to all Luther’s posturing. “Scripture alone” is nonsense – what about the hearers of Scripture? There is no Scripture in a vacuum, and there is no grace without nature (and no nature without grace).

But that’s not the sort of subtle argument you can make on Twitter. Much better to try it through Facebook.