Exposed: How Maulvis take money for one-night stand with divorced women trying to save marriage

India Today's investigative team has exposed the dark side of nikah halala and found out how religious scholars are charging money (between Rs 20,000 and Rs 1,50,000) for one-night stands with divorced Muslim women. The programme was shown at India Today Channel on 16th August 2017 night where Maulana Maqsood-ul-Hasan Qasmi, Head of the Imam Council of India, Zafar Sareshwala, Chancellor of the Maulana Azad National Urdu University, Maulana Ansar Raza of the Gharib Nawaz Foundation, Kamal Faruqui, Member-All India Muslim Personal Law Board, amongst others, were present. Nikah Halala is a flourishing tradition of world's most indecent proposal and exploitation (flesh trade patronised by muslim clerics) of women under the Burqa, where women pay the price for reconciliation with  their erstwhile husbands.  In the light of Triple Talaq case being heard by the 5-Member Constitutional Bench in the Supreme Court (particularly Article 14: Equality before law : The state shall not deny to any person equality before law or the equal protection of laws within the territory of India​, and Article 21: Protection of life and personal liberty from arbitrary executive as well as arbitrary legislative action), Nikah Halala assumes great significance and strengthens the government's push for Uniform Civil Code. A very shocking at the same time eye-opening expose by India Today. Isaac Gomes, Church Citizens' Voice). 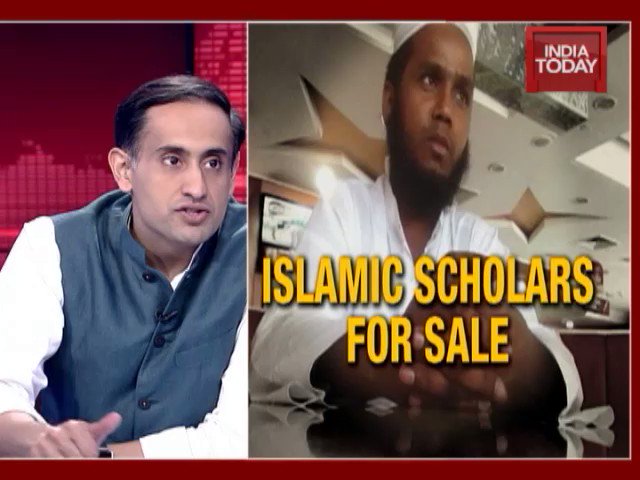 As awful as that may sound, a number of religious scholars are offering themselves up for one-night stands with divorced Muslim women trying to save their marriages under a disputable Islamic law, an India Today investigation has found.

They charge anywhere between Rs 20,000 and Rs 1.5 lakh to participate in nikah halala, a controversial practice that requires a woman to marry someone else, sleep with him and get a divorce again in order to be able to remarry her first husband under personal laws, the probe discovered.

India Today's investigative team has blown the lid off the taboo tradition that has remained largely unnoticed amid intense debates over triple talaq on the media and in the country's top court.

he probe found many Islamic scholars putting themselves up on sale for women desperate to restore their broken marriages.

At a restaurant in Ghaziabad, the undercover team first met Mohammed Nadeem, an imam at Madina Masjid in Moradabad's Lal Bagh neighbourhood.

The cleric, the investigation found, was already married. Still, he negotiated his role-play as a husband for a night with India Today's reporters posing as relatives of a divorced Muslim woman.

"Will your wife object to it?" asked India Today's reporter.

"No, no. She won't have any objection," imam Nadeem replied.

"Have you spoken with her?" prodded the reporter.

"No, I haven't spoken with her. I haven't told her. What's the need to tell her?" Nadeem shot back.

The Moradabad imam admitted he had officiated several nikah halala marriages before. This time, he proposed a package deal for the entire service, including sex.

"It's Rs 1 lakh," he demanded. Imam Nadeem guaranteed issuing divorce after spending a night with the bride for her to become eligible to go back to her first husband in accordance with the personal law.

The business of one-night grooms is widespread, the India Today investigation observed. 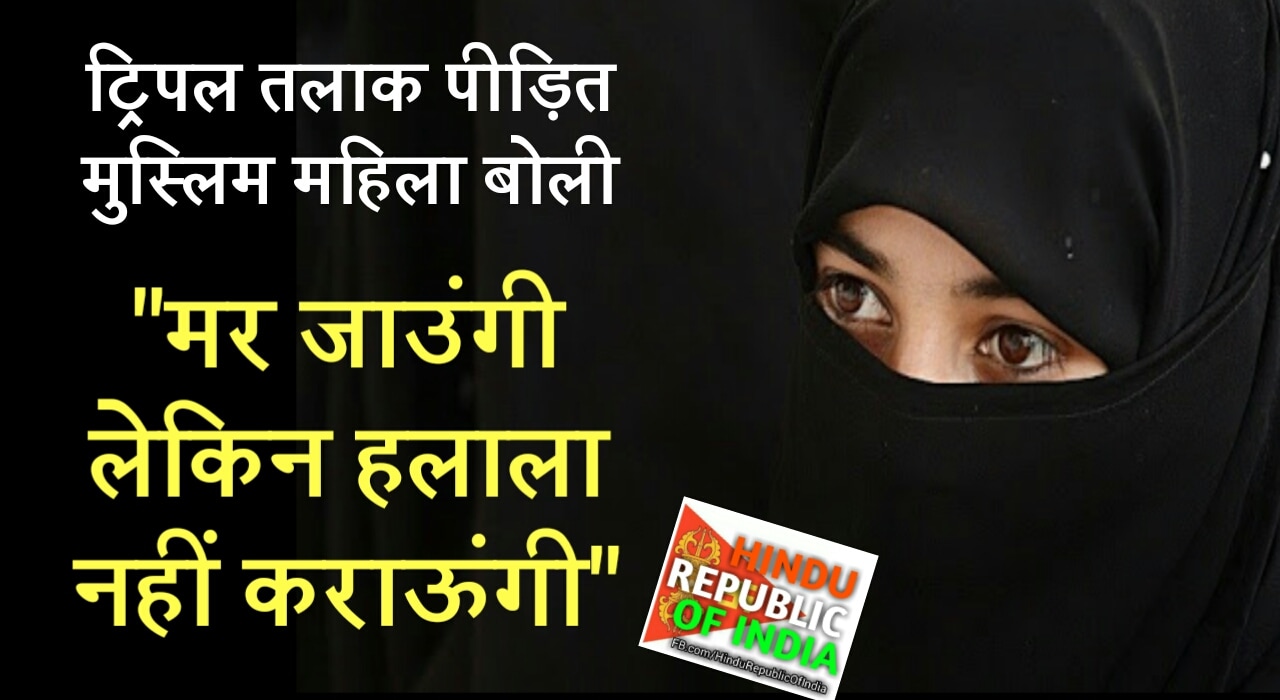 At Delhi's Jamia Nagar, the team met Zubair Qasmi, a qualified maulana married with two wives. He nominated himself up for a third at the prospect of nikah halala, in exchange for money.

Zubair Qasim based his fee on mehr – money or gift the groom pledges to his bride during Islamic marriages.

Educated in Islamic studies, he was keen to do what he had done several times before — sleeping with divorced women to consummate nikah halala.

"There was a woman in the room. I went there and had sex. Before leaving at 2-3 am, I divorced her," he confessed.

"So you have taken part in three nikah halala. You actually married on one occasion, right? The other two nikha halala were without marriage," the reporter asked.

"Without marriage," he admitted. "After sleeping with her, I left at 1 am."

Mustaquim's fee for this service included donation for his madrasa. "You'll have to pay Rs 20,000 for the madrasa. I am ready to do it for whatever amount. I have done it several times before," he said.

THE ROLE OF CLERICS In some cases, potential deals were found to be brokered by clerics themselves.

Arif, the groom-to-be, was quick to boast about his masculinity despite his old age.

In western UP's Hapur district, the team next met Mohammed Zahid, who runs a madrasa at Sikheda village.

He marketed his services for nikah halala as a professional.

"We'll see to it. We have the men. It will be done through them. If you don't trust them, I am always available for it," he said.

"How much money in total would you like us to organise for you?" asked the reporter.

They demanded that the perpetrators should be prosecuted for rape.

"This is lust. It's not permissible in Islam. This is a criminal offence committed in the name of religion," said Maulana Maqsood-ul-Hasan Qasmi, the head of the Imam Council of India. "These people should be thrown out of the mosques. They should be booked."

"These people should be put in jail and charged with rape," he said, demanding strong action against men participating in nikah halala for one-night stands. "I think the genesis of the problem lies in the Shariat Act of 1937," he insisted. Authors of the personal laws, he added, had been "millions of miles away" from the teachings of Islam.

Maulana Ansar Raza of the Gharib Nawaz Foundation called for immediate ex-communication of religious scholars offering themselves for nikah halala. "They should be beaten with shoes and thrown out of mosques. They should be charged with rape. Nikah halala is a regressive un-Islamic practice," he said. "I salute India Today for this story."

In his comments, BJP spokesman Gaurav Bhatia, himself a lawyer, underscored the need for abolishing nikah halala like the sati practice in Hinduism. "Nikah halala and polygamy, as triple talaq are regressive. Sati is abolished. So should be these practices," he said. "India Today's expose will help the civilised society to come forward for human rights and dignity."