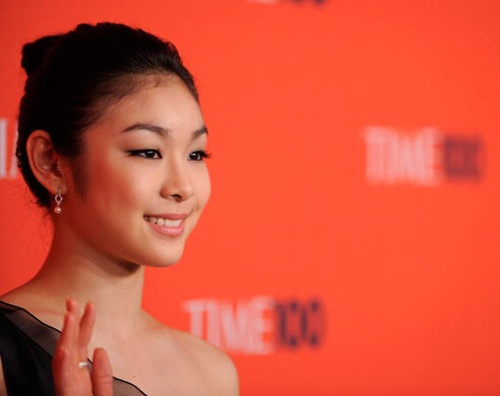 Washington D.C., Feb 16, 2014 / 04:01 pm (CNA/EWTN News).- Catholic Olympian and international skating superstar Kim Yuna is a role model not only of dedication and athleticism but also an example of how to live the faith publicly, a fan says.

Seminarian for the Archdiocese of Detroit and blog writer Evan Pham told CNA on Feb. 11 that he was struck by Kim's simple act of praying on ice during the 2010 Olympics in Vancouver.

He said that he was inspired when he and his family saw “a clip of her doing the sign of the cross” and bowing her head immediately before competing the finals for the ladies' skating title, which she won.

“There was this young woman out there on the Olympic ice and all these cameras are constantly on her,” Pham said. “She was not scared. She just wanted to pray: she didn't care who was watching.”

“What an inspiration,” he said of this simple act of public prayer.

In her home country of South Korea, Kim is regarded as one of the most famous celebrities, particularly after winning the 2010 Olympics in ladies' freestyle with a record-breaking score.

However, in addition to using her celebrity in documentaries and ad campaigns for cosmetics, clothing, and electronics, Kim's renown has served as an opportunity for the skating star to share her Catholic faith.

Kim converted to the Catholic faith alongside her mother in 2008 after they came in contact with local nuns and Catholic organizations through her personal physician – also a Catholic – who was treating her for knee injuries.

At her baptism, Kim took the name “Stella” after Mary, Star of the Sea, and told a diocesan paper that during the baptismal rite she “felt an enormous consolation in my heart” and promised God to continue to “pray always,” especially before competitions.

Since then, Kim has shown her faith to the international world, crossing herself as she steps onto the ice during performances and competitions. In 2010, she also joined with the Korean bishops in a national campaign to explain the rosary to the Korean public – and to explain the meaning of the rosary ring she herself wears to fans who mistook it for an engagement ring.

Kim has also been active in using her position as an opportunity for charitable works, volunteering and donating funds to Catholic Hospitals, Universities, and other charitable organizations, and working alongside the Catholic bishops in Korea as a spokeswoman for Catholic charities in Seoul.

Additionally, in 2012, Kim donated hundreds of thousands of dollars to Salesian of Don Bosco to help support the missionary brothers in South Sudan and to establish Catholic Schools throughout the war-torn country, meeting with Salesian brothers in Seoul to personally deliver the gift.

She told Korean press that while visiting Africa in 2011 she “felt the need to help out children there,” and wanted “to offer what little support I can” to those in Africa.

This public witness, Pham said, has inspired him to be more open with sharing his own beliefs.

He explained that growing up, he was “very anxious about my faith” especially praying in public. “I didn't want them to think I was strange,” he said, adding that in some ways publicly expressing one's beliefs is “ basically painting a target on your forehead” for negative comments, jokes and even persecution.

When he saw Kim praying on the ice, however, his fear was challenged.

“It’s a regular thing for her,” he said of her pre-skating prayers. “Wow. What a way of witness,” Pham said, noting that her actions made him ask himself, “If she can do this, why can't I do this?”

Yuna Kim taught him about “the chances we have of manifesting” the Catholic faith to the public, Pham said.

“What would I choose,” he continued, “being afraid or not afraid? Being not afraid is so much more beautiful.”

Now, Pham said, he is much more open to praying in public and sharing his faith with strangers- including on his blog, but the skating star's example still comes back to him.

“If I'm ever second thinking about making a sign of the cross, I think about what I saw.”

Pham said that Kim is often in his prayers, and has inspired him to “take the time to pray” for other public figures who have “so much potential to do good.”

“I really hope that she continues to use her influence in a good way: to be an evangelist.”

For the 2014 Olympics, Kim will compete in the ladies' freestyle skate, beginning on Feb. 19.