Ex-Priests and Nuns Conference at Kochi, a grand success! 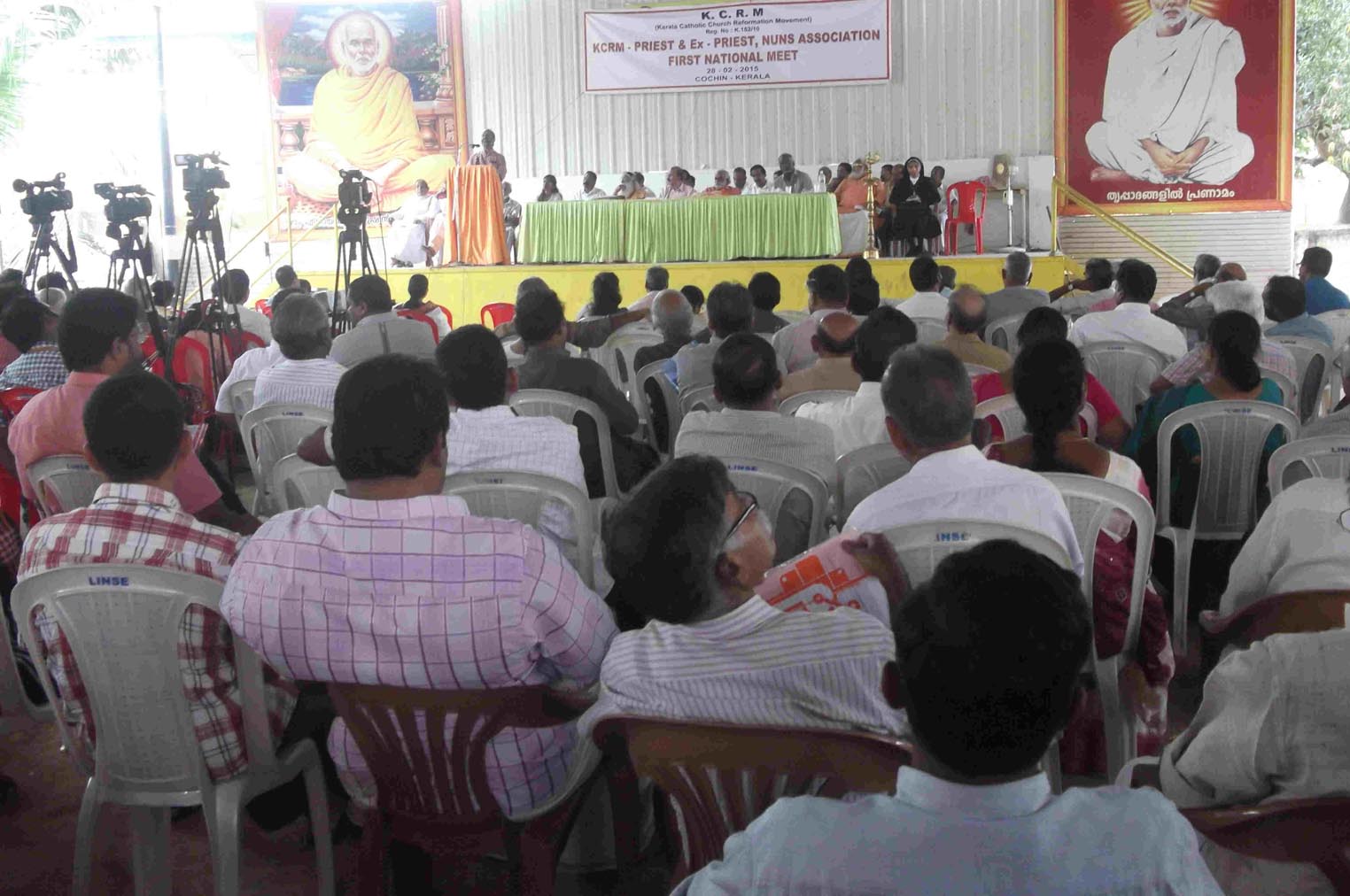 Staff reporter :   In spite of all the barricades, the Catholic Church in Kerala set against a lay citizens’ movement, the Kochi convention of Ex-Priests and Nuns was attended by a big group of ex-priests and nuns. The convention held in SNDP Hall at Palarivattom (Kochi) was organized by Kerala Catholic Church Reformation Movement (KCRM). Many ex-priests and nuns shared their painful experiences. A general conclusion was that similar individuals found it difficult to earn a living, since most of them were not professionally qualified for a general job befitting their status. The negative attitude nourished among the laity also put them in great crisis. They said that they are still considered as anti-social elements in the Church circles.

The reserved attitude of their relatives also added oil to the fire. Most of them said that they were not received in their own families. The convention finally shaped a special committee determined to work for the welfare of similar people in the religion. Priests in the rolls also attended the convention and promised their support to the suffering ex-priests and nuns.

The Syro-Malabar Church authorities, remaining deaf to their grievances, however responded saying that the Church has done everything within their capacity. S. Anitta, who could survive a molestation attempt from a retreat priest, also attended the meeting. She said that she was later expelled from her Society showing no reasons and without any help from within. She said that she wants to continue as a nun and she will continue her fight for justice until it is served to her. She has declared a one day hunger strike in front of the convent on 6th of April this year.