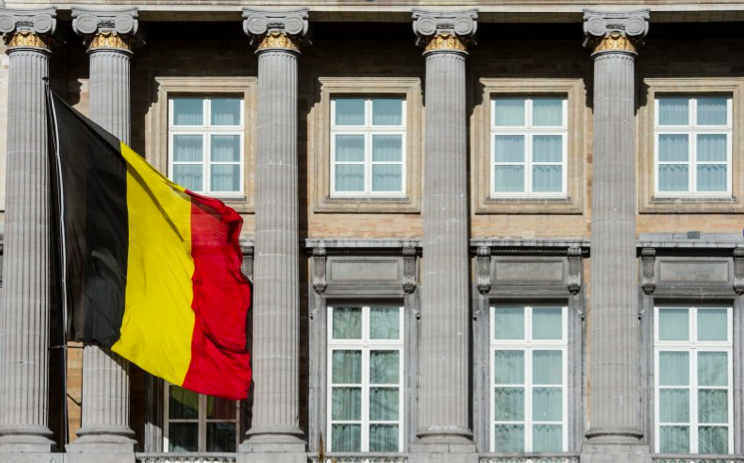 In the pic: The Belgian flag flies outside the Belgian federal parliament in Brussels. Some politicians have been demanding that the Church should be stripped of public funding unless it allowed euthanasia on its premises (Photo: AP)

Family of elderly cancer sufferer are suing the care home for not allowing a doctor to administer a lethal injection on its premises.

(Note: Let us be very frank, Euthanasia or doctor assisted death is a very sensitive issue. Some do not want even to think or hear anyone speak of it, although there is nothing more certain than death we all must face. “Right to die is part of one’s duty to live” I wrote few years ago.  Laying down one’s life for one’s friends, is what Jesus preached and showed by his own example: “Take me and let my friends go free.”

Euthanasia is now leagalized in many countries starting with Belgium in 2002 and championed by Dr Wim Distelmans, a man who has been dubbed Belgium’s “Dr Death”. Numbers of deaths by euthanasia have also soared incrementally over a decade, from 235 in 2003 to 1,807 in 2013. It is something we all have to get comfortable with, as with Lesbian unions. james kottoor, editor)

The family of an elderly cancer sufferer who wanted to die by euthanasia is suing a Belgian Catholic care home for refusing to let a doctor give the woman a lethal injection on Church-run premises.

Mariette Buntjens was instead removed from the Sint-Augustinus rest home in Diest and died days later in the “peaceful surroundings” of a private residence at the hands of a doctor. Nadine Engelen, the daughter of the woman, is now claiming that the care home caused Mrs Buntjens unnecessary “physical and mental suffering” by refusing her request to die within its walls.

She is taking the care home to a civil court in Louvain in April in a test case which could determine whether Church-run institutions have the right to refuse to be involved in acts of euthanasia. At present, Belgian law permits doctors to conscientiously object to euthanasia but is silent on whether institutions enjoy the same right.

The care home is insisting that although the woman’s euthanasia death had been planned for six months it was delayed by just a matter of days by the refusal. Miss Engelen claims, however, that Mrs Buntjens, who had metastatic cancer, suffered as a result. “It was terrible for my mother,” Miss Engelen told Belgian media. “She was still very alert mentally.”

Mrs Buntjens died in 2011, at the age of 74, but the case has come into the public arena this week for the first time. The revelations have followed an announcement shortly before Christmas by Archbishop Jozef De Kesel of Brussels, that no Church-run hospital or care home would permit euthanasia under any circumstance. Belgian euthanasia doctors and liberal politicians have since been demanding that the Church should be stripped of public funding unless it allowed such killing on its premises.

Euthanasia pioneer Dr Wim Distelmans, a man who has been dubbed Belgium’s “Dr Death”, complained to Flemish media that “a majority of hospitals and nursing homes in Flanders are still Catholic today”. “If the right to euthanasia is refused there, that will be a problem,” he said.

In Britain, campaigners said that the case demonstrated the extent to which euthanasia was changing Belgian society since the practice was legalised there in 2002. Lord Carlile of Berriew, the Lib Dem peer who served on the Lords committee that rejected euthanasia a decade ago, said the legal action showed that euthanasia in Belgium was “out of control”.

“We must ensure that in the European human rights setting the human rights of sick people who may not be in a position to express their preferences are protected,” he added.Technically, euthanasia remains a criminal offence in Belgium with the law protecting doctors from prosecution if they abide by carefully set criteria. It is limited to adults and “emancipated children” who are suffering unbearably and who are able to consent.

But critics say that the law is interpreted so liberally that euthanasia is available on demand, with doctors giving lethal injections to the disabled, the mentally ill and those with dementia, as well as patients who are terminally ill.

Last year, a paper published in the highly respected Journal of Medical Ethics reported that the majority of euthanasia cases in Belgium involve patients who are illegally “put to death” by doctors without ever giving their consent. Numbers of deaths by euthanasia have also soared incrementally over a decade, from 235 in 2003 to 1,807 in 2013.