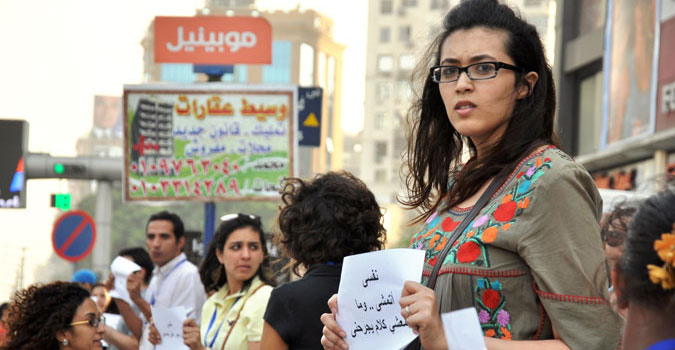 According to the United Nations, “Violence against women and girls (VAWG) is one of the most widespread, persistent and devastating human rights violations in our world today remains largely unreported due to the impunity, silence, stigma and shame surrounding it.

In general terms, it manifests itself in physical, sexual and psychological forms, encompassing:

As the world observes on 25 November yet another ‘International Day for the Elimination of Violence Against Women’,campaigns and movements across the globe are making concerted efforts not merely to bring these crimes against women to the public domain and book/shame the perpetrators, but to actually end the violence once and for all!

In the last couple of years, there is certainly much more visibility to this grim reality, several more women have had the courage to speak out and powerful men everywhere have been found guilty and convicted. However, this is just the tip of the iceberg. The truth continues to be that in several countries and societies throughout the world, women and girls continue to be at the receiving end of an extremely violent patriarchy – in attitudes and action!

According to a recent 2018 survey by Thomson Reuters Foundation India is the most dangerous country for sexual violence against women. This is certainly a shame for a country, which is desperately trying to propel itself to be among the world leaders. The status of women in India fares no better in several other recent studies including the Georgetown Institute’s global ranking of women’s inclusion and well-being, which ranks India a low 131 out of the 152 countries studied. India’s National Crime Records Bureau shows that in the past four years there have been a dramatic increase in the recorded crimes against women.

Any violence against any woman anywhere is wrong and should unequivocallybe condemned by all. However, in India several of the cases that are reported are mostly in urban areas. Some of the recent cases involving some celebrity men as alleged perpetrators get plenty of media coverage.  The stark tragedy is that millions of women in rural India and among the poorer and more vulnerable sections of society continue to be silent victims to the scourge of violence both domestically and in wider society. The current political dispensation of the BJP/RSS combine is steeped in the ‘Manu Smriti’, which unabashedly defends the male domination of society, and that women have to be treated as second-class citizens. The comments by several men, including BJP politicians, put the ‘blame’ on these crimes on women –because of the way they address, that they stay out late etc. Young women were attacked in a bar in  Mangalore some years ago; this case was conveniently hushed up, by all concerned parties, because some of the girls came from well- known families and they apparently did not want the ‘stigma’ to  remain! There are several well-known Hindu ‘godmen’ in India who are in the dock for sexual crimes against women. The Gujarat Carnage of 2002 saw unprecedented violence against women of the minority community.

Women have not even spared in the Catholic Church too. A recent case of a Bishop allegedly raping a nun drew national attention and his suspension as a Bishop. On 23 November in a powerful statement the Union of International Superiors General (UISG) of the Catholic whose memberships consists of 2000 Superior Generals of Congregations of Women Religious throughout the world, representing more than 500,000 sisters, expresses its deep sorrow and indignation over the pattern of abuse that is prevalent within the church and society today. The statement said, “We stand by those courageous women and men who have reported abuse to the authorities. We condemn those who support the culture of silence and secrecy, often under the guise of “protection” of an institution’s reputation or naming it “part of one’s culture”.  We advocate for transparent civil and criminal reporting of abuse whether within religious congregations, at the parish or diocesan levels, or in any public arena”.Further, “We commit ourselves to work with the church and civil authorities to help those abused to heal the past through a process of accompaniment, of seeking justice, and investing in prevention of abuse through collaborative formation and education programs for children, and for women and men. We wish to weave solidarity in these situations that dehumanize and to contribute to a new creation around the world”.

"The last year has been extraordinary in terms of the awareness that has been raised on the extent and magnitude of the different forms of violence inflicted on women and girls. The #MeToo campaign—one of the most viral and powerful social movements of recent times—has brought this issue into the spotlight. This awareness has been further reinforced by the awarding of the Nobel Peace Prize in 2018 to two remarkable activists, Nadia Murad and Denis Mukwege, who work on ending violence against women in conflict situations”.

Profound statements, which need to be acted upon. These sadly may remain only platitudes on paper if we do not act urgently and concertedly, to end violence against women now!