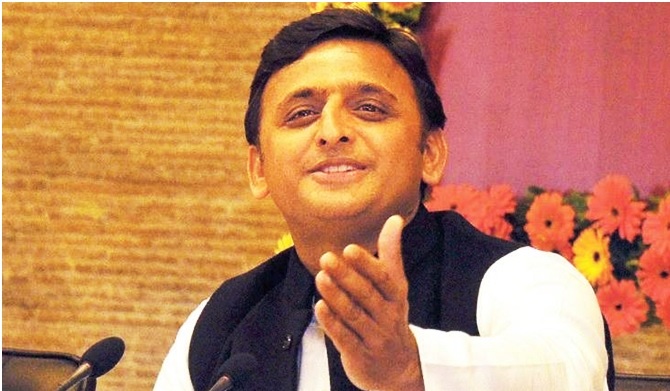 (Note: Who ruled India and who rules it now? Today it is simply old wine in new bottles. India had been a battle ground for many petty kings trying to expand their rule until the unification of India as one country. After India became one country these petty kings simply changed the names and continued their domestic, dynastic rule through their sons and daughters,  starting with Nehru handing over rule to his daughter Indira Gandhi and she to Rajeev and after his assassination to his reluctant and incompetent son Rahul.

In this article the writer gives a beautiful descripton of various families that once ruled and their domestic successors: in Kashmir, Farooq Abdullah, enthroning his son Omar;  in Maharastra Sharad Pawar handing over power to daughter Supriya Sule; in UP  the Yadav kingdom carried on by Akilesh; in Haryana Devi Lal  handing over rule to  son Om Prakash Chautala; in Punjab Akali Dal handing rule to his son and Deputy Chief Minister Sukhbir Singh Badal;  in Karnataka Deve Gowda handing power to elder son H D Kumaraswamy; in Bihar, Lalu Yadav installing second son Tejashwi as Bihar’s Deputy Chief Minister; in the South DMK President M Karunanidhi handing the baton to his son M K Stalin; in Kerala K.M.Mani still hanging on to power and grooming his son to take over the party after him.

In some cases dynastic rule improves things in the state. In others successors become destroyers, the best example being Sonia and Rahul. In some sense Sonia, Pawar, Farooq, Karunanidhi and Deve Gowda are displaying political foresight by pushing their offspring to assume authority with responsibility. On the part of succeeding domestic rulers, what is needed is to  prove their individuality, independence as democratic leadership to help Bharath become a democracy under one elected head and not a bunch of dynastic rulers looting the country to build up their families. One silver lining in Modiji’s rule is that he has no family or dynasty to build up, but only his party  and himself as a benevolent dictator. With a lot of rising opposition against his present demonetizing reform, it is likely he becomes more democratic. james kottoor, editor).

A revolution devours its children. When children politically devour their elders, it causes a revolution. Rebellion precedes revolution, like one that pre-election Uttar Pradesh witnessed when Chief Minister Akhilesh Yadav revolted against the fraternal designs of his father Mulayam Singh Yadav, the 78-year-old founder of the ruling Samajwadi Party (SP).

Mulayam chose to back his brother Shivpal, who represented the old guard, against his son. Akhilesh’s insubordination was a departure from established practice. From Kashmir to Kerala, political dynasts habitually pass the baton to mostly male inheritors as if they were feudal lords. When Mulayam abandoned this cardinal practice, it was left to his son to save the Yadav empire from slipping into the hands of a disloyal faction.

Thus the first ever division of a political fiefdom in India happened last week. For the first time, a political scion wrangled over 80 per cent of his party’s base without the prior approval or consent of his father. Akhilesh, who was anointed the chief minister by Mulayam in 2012 when he was just 38, has emerged as the saviour of the party created by his father. In 2017, he has become its redeemer, saving it from its founder. Never in the history of the party has less than 10 per cent of its MLAs, MPs and office-bearers responded to the call given by Mulayam, their mentor. Was it simply a palace coup or a genuine revolt against the fading charisma of a leader who is unwilling to walk into the sunset?


Elders are known to handover control to GenNext when their outfits are either facing collapse or are on the verge of a great leap forward. From all indications, family feuds and the dominance of anti-social elements had plunged the SP into a downward spiral. Had Mulayam voluntarily retired from active politics and made Akhilesh the sole arbiter of the party, he would have gone down in history as a wise leader with a vision for a dynamic future.

From now on, Stalin will not only run the organisation on a day-to-day basis, but is also its next chief ministerial candidate. Stalin was chosen over his brother and sister because his father was convinced that he alone can carry the nonagenarian’s mission and vision forward and keep the party together. Last year in Kashmir, Farooq Abdullah, former Chief Minister, gave up his claim for the top job in favour of his only son Omar, almost having retired from politics.

In Karnataka, former Prime Minister H D Deve Gowda has taken political sanyas, leaving elder son H D Kumaraswamy—also a former chief minister—as the de facto chief of the waning Janata Dal (Secular). In Punjab, 90-year-old CM Prakash Singh Badal has granted total control of both the government and the ruling Akali Dal to his son and Deputy Chief Minister Sukhbir Singh Badal. In the west of India, not only did the evergreen Sharad Pawar surrender his Lok Sabha seat Baramati to daughter Supriya Sule, but is now refraining from taking day-to-day party decisions, leaving her to mould the NCP and reshape it according to the needs of the times.

Sule is more visible at the forefront of affairs as her father makes his formidable presence felt at all forums to ensure that she consolidates her position unchallenged. In Bihar, Lalu Yadav succeeded in installing second son Tejashwi as Bihar’s deputy Chief Minister and eldest one Tej Pratap as Health Minister, just after they won their first assembly seats. In New Delhi, a dynastic drama has been unspooling according to predictable lines. Congress Chief Sonia Gandhi has chosen a back seat and allowed Rahul Gandhi to prepare 132-year-old party for the next national poll battle against Prime Minister Narendra Modi.

Sonia, Pawar, Farooq, Karunanidhi and Deve Gowda have displayed political foresight by pushing their offspring to assume authority with responsibility. Barring Sule, who is yet to take full charge, the other inheritors have failed to expand their family ventures. Some have even shrunk them. Rahul, Omar and Kumaraswamy haven’t been able to preserve their party’s original bases and retain power in their bastions. The Chautalas have almost become irrelevant in Haryana. Other smaller dynasties are gasping for breath and are expected to die a natural death. None of the political progeny have ever revolted against their parents.

Akhilesh’s rebellion gained credibility because he has been able to carve out a niche for himself, which has little in common with what traditional Samajwadi politics or Mulayam represent. The SP is seen a party of Muslims and Yadavs, and enjoys marginal support of other backward classes. When Akhilesh was made chief minister by Mulayam, he enjoyed the full support of his party and family since he was seen as a child who would not disturb caste and family equations that formed the party’s superstructure. Mulayam chose his son’s cabinet and key officials in the administration who reported to him instead of the CM. Despite this humiliation, Akhilesh concentrated on his work and launched many new pro-poor and development schemes.

From boosting infrastructure to promoting the environment, he has notched up many records. For example, UP became the first state in the world to plant 50 million saplings in a single day. Another record was created when Akhilesh’s government completed the 300-odd kilometer long Lucknow-Agra expressway in less than three years. The muscle power of caste and criminal overlords, who owe allegiance to the older generation in SP, prevented Yadav Jr. from improving law and order and control corruption during his regime. However, he has managed to emerge as a the poster boy of politically Swachh UP by purging his party of rowdy elements and giving his state a better image. Akhilesh is today the only heir who has broken away from a ruling dynasty to create his own political identity. If he reclaims Lucknow in 2017, his journey to Raisina Hill in New Delhi promises to be the trip of a lifetime.