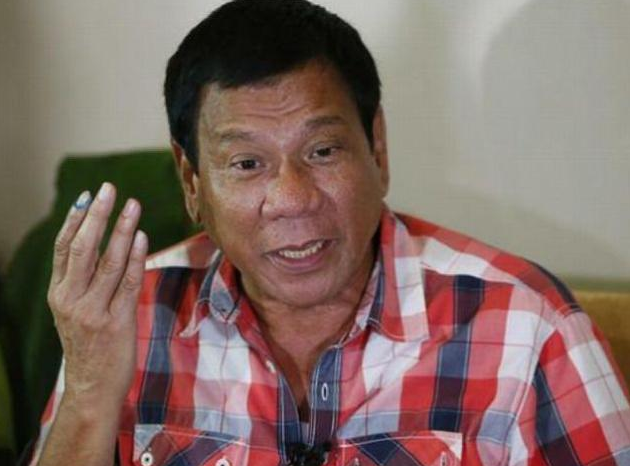 (In the pic: Accusing the Catholic church of being the "most hypocritical institution in the country", Philippines President-elect Mayor Rodrigo Duterte has said the bishops are living on public money while the poor cannot even afford to eat and buy medicine).

The President-elect accuses the bishops of corruption and seeking favours from politicians.

The Presumptive Philippine President-elect has blasted the country’s dominant Roman Catholic church as “the most hypocritical institution” and accused some of its bishops of corruption for allegedly asking favours from politicians, including him.

In a late-night news conference that dragged on to early Sunday in southern Davao city, Mayor Rodrigo Duterte questioned the relevance of Catholic bishops, citing his overwhelming victory in the May 9 Presidential election based on an unofficial count despite efforts by them to persuade Filipinos not to vote for him.

Mr. Duterte cursed the bishops, accusing them of benefiting from public money while the poor could not even afford to eat and buy medicine.

Such public condemnation of the influential church by a top leader is rare in Asia’s bastion of Catholicism.