Dr Robert Moynihan shares another interesting letter on Inside the Vatican Magazine with me and I in turn am sharing it with CCV readers.  Are we heading to olden day Church practice of burning so-called Heretics at the stake?  Isaac Gomes, Asso. Editor, Church Citizens' Voice.

Today is the 16th day since the publication of Archbishop Carlo Maria Vigano's "Testimony." (The full text is here; it was made public on the evening of August 25.)

And today comes almost incredible news — and perhaps not credible, since it is not yet officially confirmed. So it might be best to call it "rumor," not news.

But, in the nature of things, we are unlikely to get any confirmation of this type of news, because it involves covert operations. The only way "news" about such things, never announced officially, is ever made public is through leaks, whispers, indiscretions from unnamed "sources." And that seems to be the case regarding this "rumor."

The "rumor" is that the Vatican leadership has given orders to its "internal and external security services" to use its "intelligence resources" to locate the physical whereabouts of Archbishop Viganò with the end goal of charging Vigano with crimes against Vatican rules against revealing state secrets.

In other words, Vatican security officers have been instructed to find Vigano, wherever he is.

To do so, of course, they will use every channel available to them, including asking for help from police and intelligence agencies outside of the Vatican, agencies with whom the Vatican has working agreements.

If this is true, a global search on to find Vigano is now on.

Vigano has not appeared publicly since his "Testimony" was published.

A friend writes to me: "If this report is accurate, then the Holy Father is essentially acknowledging the veracity of Vigano's accusations. Unless Vigano's letter were substantively accurate, there would be no material basis for these criminal charges. Leaving aside, of course, the horrible optics of the only accountability here being for the person who brought these horrible deeds to light…"

I add: this action is not necessarily taken by the Pope himself; it may be that it is being taken (if it is being taken) without the Pope's knowledge or approval. So my friend may not be correct when he writes "if this report is accurate, then the Holy Father is essentially acknowledging…" The bureaucratic machinery of the Holy See is now in motion, and it is not clear what is being done by Vatican officials acting under the Pope's direct instructions, and what is being done by these advisers and officials without the Pope's full knowledge and approval.

I received a call from Rome yesterday, asking me for insight about why Pope Francis has not yet agreed to an August 29 request from Cardinal Daniel Di Nardo, archbishop of Houston, Texas, and President of the U.S. Bishops' Conference, to have a personal meeting with Francis to discuss the entire situation. (link) On this matter, I have no special knowledge, but also in this case it seems possible that the Pope may not have been informed, or fully informed, of Di Nardo's request for the meeting, or of why it is urgent. 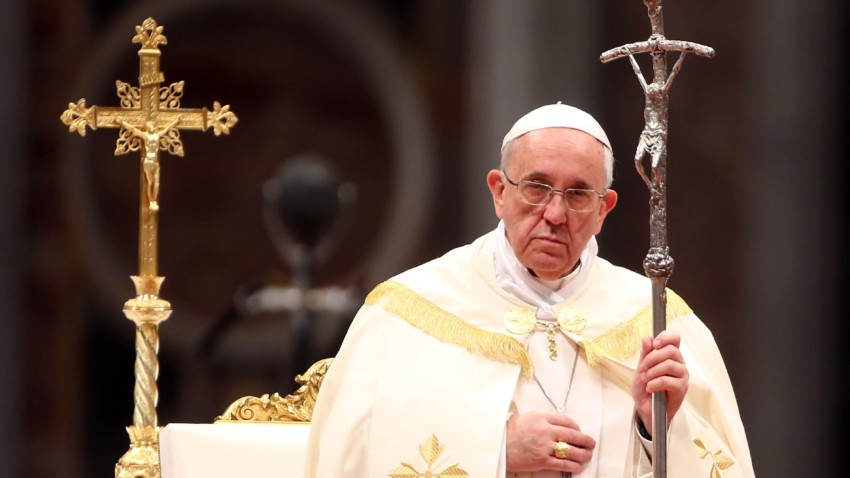 The hunt for Vigano?

This report was published two days ago, on September 7, by ChurchMilitant.com, the web site run by Michael Voris, a Catholic journalist and ex-seminarian of the Archdiocese of New York.

The report was also picked up in Italy by Vaticanist Marco Tosatti, a colleague (link). Tosatti knows Vigano personally — he met with Vigano on August 22 and for three hours helped him do the final editing on his "Testimony." (For that matter, I also know Vigano personally, and have met with him privately on many occasions over the past few years.)

Vatican officials are on the hunt for Abp. Carlo Maria Viganò.

According to sources within the Vatican, the Secretariat of State of the Holy See — under the direction of Pietro Cardinal Parolin — has communicated an instruction to its internal and external security services to use its "intelligence resources" to locate the physical whereabouts of Abp. Viganò.

This request has been communicated not only in order to prevent more unpredictable damage to the image of Pope Francis and the Holy See on the world stage, but also to "prepare the terrain" for the former apostolic nuncio-turned-whistleblower to be prosecuted for alleged multiple crimes against Vatican and Church law.

The urgency with which the location of Abp. Viganò is being sought is all the more palpable since, according to canon 1507 of the Code of Canon Law and other procedural and penal norms of the Holy See and Vatican City State, Abp. Viganò cannot be prosecuted or even punished unless he first be given the opportunity to be officially notified in writing of the specific canonical and Vatican crimes he is alleged to have committed and be given the opportunity to defend himself against them.


As first reported by the very well-informed Baron Roberto de Mattei (Corrispondenza Romana, September 5), criminal counts are said to be in the process of being researched and drafted in a libellus accusatorius (canonical criminal complaint) for Viganò having allegedly committed perjury for his having breached pontifical and other forms of state secrecy in violation of, among other norms, the Instruction Secreta continere on the Pontifical Secret issued on February 4, 1974 by John Cardinal Villot, Secretary of State of the Vatican.

The specific Norms of Secreta being researched for applicability and evidence in support of potential prosecution include:

1. Art. I-4 for Abp. Viganò’s alleged divulgation of extrajudicial denunciations received by him during his service of the Holy See regarding crimes against faith and morals and the Sacrament of Penance, and the process and decision pertaining to the handling of these denunciations regarding Theodore Cardinal McCarrick and other clerics referenced by Viganò in his testimony and in the articles of journalists to whom the archbishop is alleged to have disseminated such classified information;

2. Art. I-7 for his alleged dissemination of Vatican secrets gained by reason of office pertaining to appointments of bishops, specifically regarding the appointment of Cdl. Blase Cupich as archbishop of Chicago, Illinois;

3. Art. I-9 for his alleged divulgation of the electronically encrypted order transmitted by the Secretariat of State to Abp. Viganò regarding the appointment of Bp. Robert McElroy to the see of San Diego, California;

4. Art. I-10 for his breaching of "business or matters which are so grave in nature that they are placed under the Pontifical Secret by the Supreme Pontiff or a Cardinal of the relevant Dicastery."

News of the Vatican deploying its vast international resources to track down and prosecute Abp. Viganò are consistent with his assertions made to [veteran Italian Catholic Vaticanist] Aldo Maria Valli on their final encounter: that Viganò had "purchased a plane ticket," that he was "traveling abroad," that he "could not tell [Valli] where," that Valli "should not try to find him," that "his old cellular number will no longer be functioning," and that they "saluted each other one last time."

Viganò, in saying goodbye to Valli, appears to have known exactly what the worst elements of the Vatican and its agents are capable of.

Let us hope he has taken every necessary precaution from falling into the hands of those who would wish him ill.