Some Secret Documents from Rome 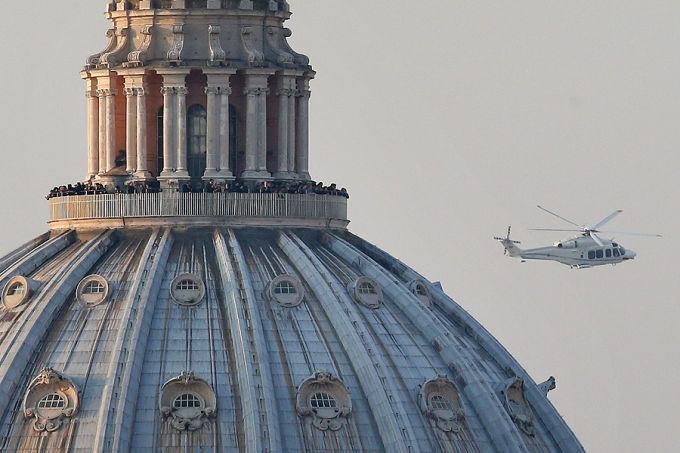 Documents from controversial
‘Shadow Council’ in Rome now published
Maike Hickson
(Note: If liberal groups among the world’s bishops are already having shadow Councils, to sharpen their arguments to defend their considered views, the conservative groups also should be doing it at various headquarters around the world. It is in the true spirit Francis asking youngsters first to make a mess of things for clarity and consensus to emerge later. The BIG question is whether it would be right for the three Rites in India to put their heads together to sort out their differences to reach a consensus on major issues. Chances are, they will wake up only after the coming Synod, as an afterthought. James kottoor, editor)

ROME, July 17, 2015 (LifeSiteNews) — On July 15, the German, Swiss and French Bishops' Conferences finally published the documents from their much-criticized “Shadow Council” of May 15 at the Gregorian University in Rome. As the German Branch of Vatican Radio reports, the documentation is now available in German, Italian, and French and it contains six presentations about:

The president of the German Bishops' Conference, Cardinal Reinhard Marx, explained in his recent press release that the intention was to “reflect upon the biblical and theological foundations for the theme of the Synod and to discuss problems that relate to the current debate concerning marriage and the family.”
The head of the German branch of Vatican Radio, Father Bernd Hagenkord, S.J. – who himself had participated at this Day of Study in Rome and who had recently come under criticism himself for his scandalous promotion of the homosexual agenda in an article on July 2 – commented on this earlier private meeting:

It is good to have struggle. That is what Pope Francis had said at the end of the Synod of Bishops last year. He would have been concerned if there would not have been such struggle. […] Unfortunately, the months between the two assemblies of the Synod of Bishops [2014-2015] were not always filled with constructive struggle; often enough it was polemics which dominated the internal discussions in the Church.

Cardinal Walter Kasper knows what we are talking about. The initiative of the French, Swiss, and German Bishops' Conferences which organized a Day of Study concerning marriage, bonding, biography, and love made a similar experience. It was not pretty to read how was dealt with this initiative; one even went so far as to have the suspicion of a conspiracy.

After brushing off any of the serious criticism concerning the methods of secrecy and of dishonesty – we should remember here how Cardinal Marx himself told the Rome Correspondent Edward Pentin on the Day of Study that he was present in Rome only in a “private capacity,” while he had, in fact, already organized the meeting as the President of the German Bishops' Conference – Father Hagenkord continues to defend the secrecy, justifying it with reference to the much-criticized oblique method employed during the last Synod of Bishops in 2014 where the individual presentations were also kept private.

In the next few days, LifeSiteNews will bring out some of the important statements that were made at that “Shadow Council,” in order to inform the Catholic world about the range of arguments that have been prepared for use and circulation before and during the upcoming Synod of Bishops on the Family – with the intent to liberalize the Catholic moral teaching.