Do We Care for Our Environment? 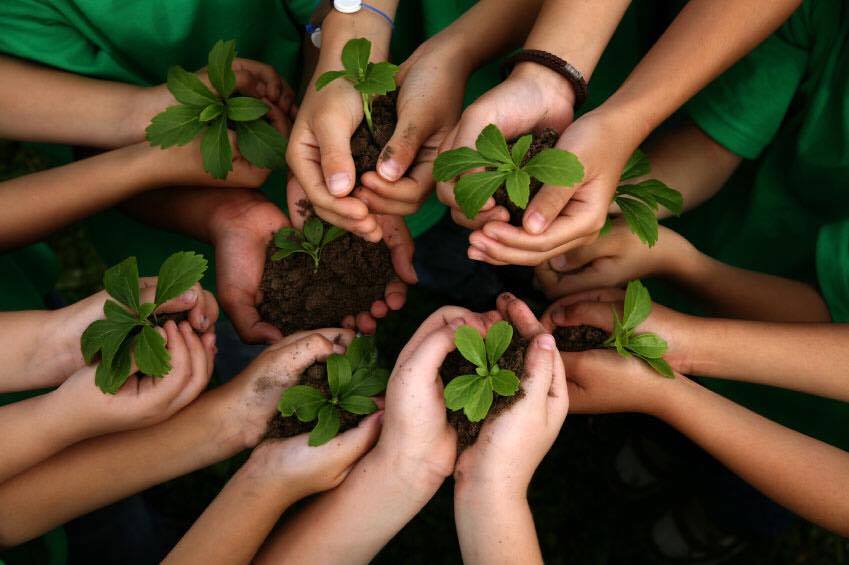 One of the most common sights in urban India is a herd of cows around a garbage bin, apparently having a ‘royal feast’of leftovers and other rotten thrash dumped into them, which are usually tied into plastic bags. Sadly these bovines, cannot but help swallow the complete ‘parcel’ – plastic and all. This indeed is the irony and tragedy of India today! Whilst a fringe group of extremists, have no qualms of consciencein murdering innocent  people for apparently ‘eating beef’; these very same bigots will not bat an eyelid when the cows ingest plastic bag litter and die a slow but painful death.

Come 5 June and India will play host to World Environment Day 2018. Strangely enough, the theme chosen by India thisyear for the global is ‘Beat Plastic Pollution’. One can certainly not argue with the theme. Plastic does contribute significantly to the environmental crisis. Given the fact that the Government and even the average Indian citizen care two hoots if the cows in India actually are bloated and even die due to plastic – this is certainly a major cause of concern. Sadly for India it is also a classic case of “ missing the forest for the trees”; India squandering a golden  opportunity of demonstrating the sagacity and the political will to address the key endemic issues which are the cause of the  environmental crisis  that plague India and several other countries today!

Last January, the Environmental Performance Index 2018 report (prepared by Yale University and Columbia University in collaboration with the World Economic Forum) was released during the WEF in Davos Switzerland. The report highlighted India’s performance, which hasplunged to an all-time low. It is now ranked 177 out of 180 countries whose performance was evaluated. In two years, India had dropped 36 ranks(from 141 in 2016) to reach the bottom five in 2018. It is indeed a sad commentary on the Government of the day.

The World Health Organization (WHO) released in early May 2018 its updated database on the pollution levels of more than 4,300 cities across the world. India suffers the ignominy of being home to fourteen out of twenty of the most polluted cities in the world. The National Capital New Delhi and Varanasi (represented in Parliament by the Prime Minister) figure high –up in this polluted cities index.

Several areas across Northern India are todaygripped with a severe water crisis.  Shimla, the queen of hill stations and the capital of Himachal Pradesh has practically no drinking water. Women have to trudge for miles in eastern Uttar Pradesh for a pot of drinking water. Several parts of Rajasthan, Madhya Pradesh, Uttarakhand, and Chhattisgarh have been reeling under a terrible heat wave and under an unprecedented water crisis. Parts of South India,like Mangalore city, were recently totally inundated because of heavy rains. The poor and marginalized suffer the most because of the vagaries of the climate.

India today is indeed  riddled with a whole range of environmental problems; these include climate change, the wanton destruction of the forests, lack of safe drinking water, loss of biodiversity, the pillaging of natural resources; unbridled and wasteful consumerism . Dams like the Narmada Dam in Gujarat, damage the fragile ecosystem irreversibly. The builders lobby is a powerful one in India; over the years, they have managed to landfill the natural waterbodies in towns and cities across the country. Then there is the general apathy, callousness and even insensitivity to the environment by both officials and the ordinary citizen.Perhaps the key factor for the environmental degradation of the country today is the blatant nexus, which the ruling political dispensation has with some of the most corrupt, and insensitive industrial houses in the world today.

The recent case of Vedanta’s Sterlite Copper in Thootukudi when thirteen protestors were gunned down on 22 May received national and international attention. However, not sufficient attention is being paid to Vedanta’s total disregard for the environment and for human rights, flouting with impunity the most basic of environmental norms. Writing in ‘The Wire’(2 June) , Pamela Philipose says, “An aspect of the Sterlite story that tended to be forgotten was the potential hazards the plant poses to the Gulf of Mannar, that is home to 4,000 marine species and is known as one of the richest biodiversity hotspots in Asia. Environmental activist and journalist, Nityanand Jayaraman, had pointed out that the very installation of the plant in a populated area and within 14 km from the Gulf of Mannar, constituted a grave violation of environmental norms and the stipulation of a 25 km distance on which permission was granted in the first place. Given this, the inclusion of a new video series on the Gulf of Mannar, produced by the Care Earth Trust and the Society for Conservation Biology, as part of The Wire’s general coverage of Thoothukodi, was clever thinking”.

Norges Bank (NB) is responsible for managing Norway's Government Pension Fund Global (GPFG). GPFG is described in the following simple terms on NB's website:" The Government Pension Fund Global is saving for future generations in Norway. One day the oil will run out, but the return on the fund will continue to benefit the Norwegian population. “Ithas blacklisted seventeen Indian Companies including Sterlite/Vedanta, Coal India, POSCO, the Gujarat Minerals Development Corporation (GMDC), some Reliance owned companies from investment of its pension funds, because of environmental violations. There has been a wave of protest all over against the Adani plan to take over the Carmichael Coal Mine in Australia, which would have severe repercussions on the Great Barrier Reef. Whilst the actual status of this ‘take over’ is in a kind of a freeze, everybody is aware that there are plenty of backdoor deals taking place. The same is apparently happening with regard to the ‘closure’ of the Sterlite Company and of the unbelievable clout that this company has with every powerful decision- making body!

Vedanta,Adanis, Ambanis and their ilk thrive on the patronage of the ruling political dispensation. They literally have the license to destroy the environment, to ensure their windfallprofits, which also means a bountiful share to their political bosses. There is enough of documented evidence on this and also of each of how these companies have succeeded  in signing lucrative international deals, each time they accompany the Prime Minister on his foreign jaunts.

There is certainly a case, which can be made to‘Beat Plastic Pollution’; we are informed, “Nearly one third of the plastic packaging we use escapes collection systems, which means that it ends up clogging our city streets and polluting our natural environment. Every year, up to 13 million tons of plastic leak into our oceans, where it smothers coral reefs and threatens vulnerable marine wildlife. The plastic that ends up in the oceans can circle the Earth four times in a single year, and it can persist for up to 1,000 years before it fully disintegrates”.

However, for India the real environmental challenges are elsewhere: how to stop those with power and money from destroying the environment: be it the crony capitalists, the big corporations, the other vested interests – or the Government itself.  Everybody is aware that plastic surgery is also used essentially forcosmeticization or beautification; focusing on ‘beating plastic pollution’ is perhaps a benign attempt to gloss over the severe environmental crisis, which grips and ravages India today. Of course just as in other years when there is a beeline to “plant trees” this year there will be ‘plenty of action’ to collect plastic, to clean the public spaces(great photo-op for our politicians!)- But then what happens next? Where does one dispose the plastic collected?

In his path-breaking Encyclical (24 May 2015) on the environment, ‘LaudatoSi’ (On Care for our Common Home), Pope Francis raises a very pertinent question, “What kind of world do we want to leave to those who come after us, to children who are now growing up? “(#160)

It is a question, whichdeserves an answer, through substantial, committed and concerted action now!