DO I BELIEVE IN MIRACLES? – chhotebhai 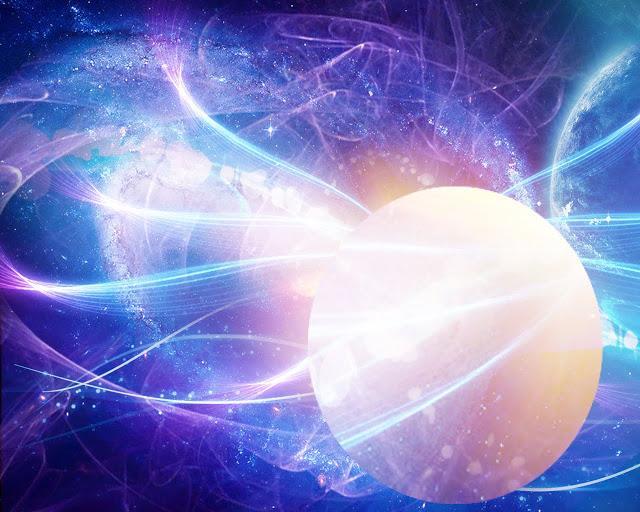 chhotebhai has beautifully presented how miracles are conceived in OT and NT times, at the background of what Christians generally teach and believe. The small write up says that he is not as chhote as he wants us to believe.

We cannot ever question the presence and possibility of unbelievable twists in this universe. Many of them do not at all come within the reach of scientific explanations. But they are not unantural, according to chhotebhai. That somehow is the truth.  There are people who  claim that miracles are possible to every human, provided he/she has within, necessary quantity of ‘trust’. Jesus walking over the ocean is a much referred Biblical miracle. As a pure human being, with no ‘sankaras’ in his bio-energy field, Jesus would have been a levitating soul. If that is the case, walking upon the earth turns to be the miracle he did.

Well, rather than continuing with an unending chain of reasons and assumptions, it is better to fix ourselves somewhere.

But I don’t personally feel that chhotebhai has fixed himself somewhere. Still, it is interesting to feel his vision; his views  are informative and enriching. Joseph Mattappally – asso. editor CCV

Miracles are back in the news after the recent canonization of Sr Mariam Theresia of Kerala. Opinions vary. Some question the importance or relevance of miracles in the canonization process. Rationalists question the very existence of miracles. Dr Sulphi Noohu, Secretary of the Indian Medical Association, Kerala, seeks to question the doctor that certified the miracle, to ascertain whether his act went against medical ethics.

He has been roundly abused by some “holier than thou” Catholics, for even daring to question a miracle or the acts of the “Holy Catholic Church”. Others have gone to the extent of accusing the doctor of questioning the divinity of Jesus, who performed numerous miracles.

So do I believe in miracles? I will avoid the Yes/No binary, and try to throw a little light on how miracles are perceived in both the Old Testament (OT) and the New Testament (NT). I begin with the dictionary meaning of miracle. It is “a marvellous event attributed to a supernatural cause, or any amazing or wonderful event”. When we refer to the miracles of Jesus, or something used as evidence in a canonization, we refer to the first meaning – a supernatural cause, with the miraculous event being the effect.

Here again the word supernatural would be open to interpretation. However, it is commonly believed to be an event that is not against the laws of nature, but one that transcends or surpasses them. How many miracles did Jesus perform? Was he a miracle worker? What was the purpose or message of his miracles?

From what is expressly recorded in the NT Jesus performed 37 miracles, beginning with the wedding feast of Cana (cf Jn 2:1ff) and ending with the catch of 153 fish after the Resurrection (cf Jn 21:1ff). In Jesus’ public life of three years (36 months) he performed 37 miracles, averaging one a month. So was this central to his mission or what the evangelists wanted to record for posterity about Jesus?

Why didn’t he perform more miracles to conclusively prove that he was the Son of God? We are now treading on thin ice. I am using the word “perform” for want of a better English word. But Jesus was no performer, actor or event manager. He detested the arc lights. He did not seek to draw attention to himself, nor did he claim to be the Son of God. He wanted people to gradually discover that, just as he himself “grew both in body and in wisdom, gaining favour with God and men” (Lk 2:52). The NT records that he referred to himself as the Son of Man 82 times, a term that loosely translates to the common man or the au currant aam aadmi.

When people ran after Jesus hoping to see more miracles, he withdrew from their midst (cf Lk 15:16). Ironically, it was the forces of evil that repeatedly sought to portray him as a miracle worker and the Son of God. This temptation to “prove” that he was the Son of God began in the desert (cf Lk 4:10) and was also his last temptation on the cross (cf Lk 23:39). This raises a fundamental question. If Jesus did not use miracles as “proof”, then why does the Catholic Church today seek such miraculous proof for declaring a person a saint?

Let us delve deeper into Jesus’ miracles. Of the 37, 9, or 25% of them were related to natural phenomena like – turning water into wine, feeding five thousand, walking on the water, calming the storm, and the only negative one of cursing the barren fig tree that withered and died. The remaining miracles were what may be described as healings – curing people from blindness, leprosy, demonic possession, haemorrhage, or raising them from the dead. Here again we find that Jesus did not organize healing campaigns or events, the way some evangelists do today. Instead, he responded to actual requests (intercessions) made to him. His miracles were humane and spontaneous responses to people’s pain and anguish.

Jesus was a compassionate existentialist, not a stage performer. His invitations were of a more subtle kind, “Come to me and I will give you rest” (Mat 11:28); “I am the way, the truth and the life” (Jn 14:6). He called himself the good shepherd or the vine dresser (cf Jn 10:1ff, 15:1ff). For him the message was central, the miracles were incidental. That is why even after a miraculous event he would strictly admonish the beneficiaries to not tell anyone about it (cf Mk 5:43).

That would have been counter-witnessing, and counter-productive to the centrality of his mission revealed to him by his Father; that he had to die and rise again to once and for all defeat sin and death, and open the doors to the kingdom (cf 1 Cor 15:54-57).

Most of us Christians take it for granted that Jesus is the Son of God, without going through his earthly pilgrimage, and actually walking in his footsteps. So we end up disillusioned at the lack of miraculous events, or living in a fool’s paradise. We then blame God for all that goes wrong in our lives, or in nature; assuming the role of the thief on the cross challenging Jesus, “If you are the Son of God, save yourself and save us too” (cf Lk 23:39). Would that we were a little more circumspect and not simplistic in our Christian faith and praxis.

The Dictionary of the Bible by Rev J McKenzie SJ sheds more light on miracles in both the OT and NT (pgs 578 – 580). It says that modern theology defines a miracle as a phenomenon in nature that transcends the capacity of natural causes to such a degree that it must be attributed to the direct intervention of God. This definition presupposes a conception of nature and constant natural laws. However, scientists themselves are now much more hesitant in affirming the constancy of action and the fixity of natural principles. In fact nano scientists and astro physicists like Stephen Hawking actually talk of the Uncertainty Principle in science.

However, in the OT, Nature was not conceived as a unified system. Rather Yahweh is seen as one who punishes rebellious man through the instrumentality of nature. Nature is personalised, hence exhibits the unpredictability that we attribute to personal things. It is also usually impossible to determine exactly what happened because “the narrative reflects the impressions of unskilled and excited observers”. Hebrew has no word for nature, so it has no word that corresponds to miracle either!

Likewise, the NT, written after the birth of Greek philosophical and scientific speculation, shows little or no conception of nature as a systematic unity, governed by fixed principles and laws of cause and effect. The Greek word used for miracle is dynameis, which means power; though sometimes semeion (sign) or teras (portent) are also used. Semeion does not mean miracle, but rather a manifestation of divine intervention.

But power is something that flows out of Jesus when in contact with him (cf Mk 5:30). This power is communicated to his apostles (Lk 9:1). It now vests in the Church. Interestingly, while the NT has only one negative manifestation of power, the curse of the fig tree (cf Mat 21:18-22), the apocryphal gospels abound in “offensively cruel miracles”. This is in contrast to the Acts of the Apostles that portrayed Jesus as one who went about doing good (cf Acts 10:38). Finally, his miraculous power is seen “as a complete gift and of unmixed benevolence; it works entirely outward and draws nothing to itself”.

However, I am distinctly uncomfortable with evangelists organizing healing campaigns to induce people into accepting Christianity. I also feel that in today’s scientifically and communications advanced world, the need for miracles in the process of canonization is redundant, obsolete and infructuous.

* The writer is the Convenor of the Indian Catholic Forum, and advisor to Catholic Church Reform International