Dissent is the Safety Valve of Democracy 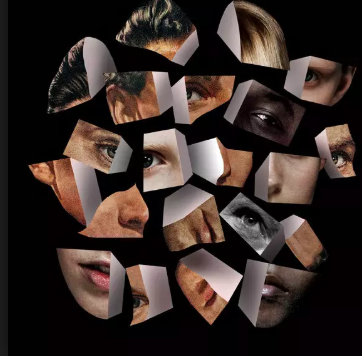 Isaac Gomes of Kolkata placed a post on my Facebook on Dissent the safety valve, and I posted reply to Isaac.

Both are given below. Kindly do me the service of sending your reaction for or against Justice D.Y. Chandrachud's observation to the Maharashtra Government "Dissent is the safety valve of democracy, if you don't allow safety valve, pressure cooker will burst."

In the UK the leader of the Opposition is given the same respect and may be pay, as the Prime Minister (of UK), for his criticism of the Government. His/her critical views are given great importance for course correction. In India, both the Central and State Governments show scant respect for the Leader of the Opposition and in most cases, lambast him/her. This is not at all good for our democracy.


Socrates always encouraged his students to ask questions. Jesus Christ always raised pertinent questions on the social practices and customs (so-called traditions) of His time. In fact both Socrates and Jesus Christ paid with their lives for asking questions, which is nothing but Dissent. Of course, Church teachings say that Jesus' death was predestined.


As per Canon Law, there is a provision for Dissent during deliberations in Parish Pastoral Council (PPC) meetings. But in most parishes, Parish Priests aided by his lackeys, stifle these voices and even virtually excommunicate them. Most Church journals/ newsletters do not publish critical or dissenting articles by the Laity. They only believe in the publication of all hunky-dory "Good News" on inauguration, conventions and pious talks. This is the reason many have taken to social network like FaceBook, Blogs, etc. Of late a few Church Newsletters/Journals are publishing voices of the Laity on a selective / case-to-case basis.

James Kottoor I agree with you Isaac on all counts; in the UK it is exemplary, but it is just the opposite in India today, in the church in India, in parishes and in all church publications. How to correct our politician, our churchmen, the so-called Catholic press which is not Catholic but ghetto publications? Who will bell the cat and be ready like Jesus and Socrates to lay down their lives for convictions? That is the BIG question.

I tried my whole life — 84 years — and failed miserably. That is why I called quits to all churches, and started the CATTLE CLASS OF JESUS alone, the SON OF MAN, the ideal man for all seasons, places, times, countries and cultures. Here again I don't find any enthusiasm or verbal support at least, even from among the laity who rage against the hierarchical church. So where is the Solomon among us who will show the way forward? Until he appears on the horizon I am dead-set to lay down my life, which of course is at its fag end, for the CATTLE CLASS, and to that alone. If you have a better option please speak out and tell me that. I am listening, Speak Lord, your servant is listening.