DIRE NEED OF THE HOUR : SELF DEFENCE FOR OUR GIRLS & WOMEN 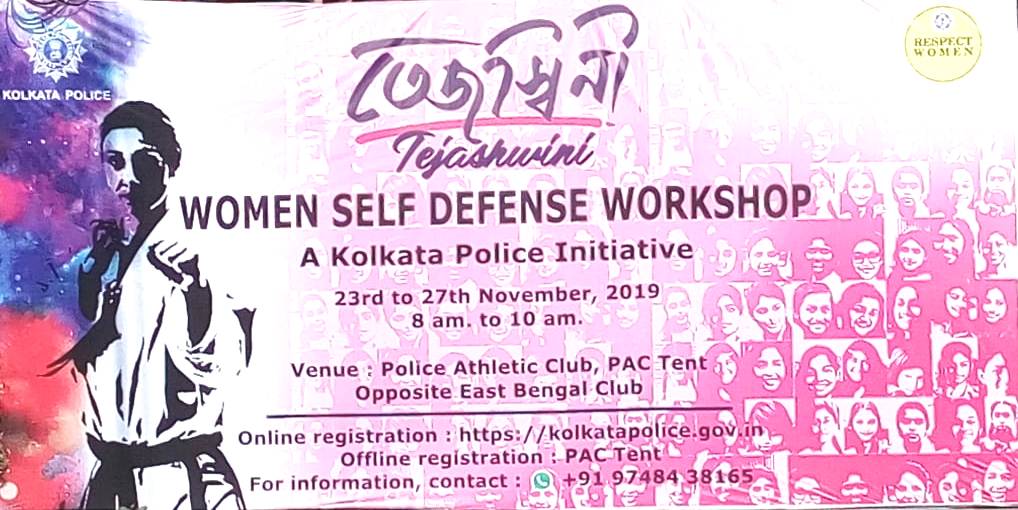 
In my comments on the article I wrote: “Bravo! Himalayan kung fu nuns if utilised with due respect, will bring salvation to the girls and womenfolk in Bengal. In Bengali parlance, this initiative will be called DAROON! And those who get straightened out at the hands of the nuns and their trainees, will call the drubbing NIDAROON!!”

Incidentally, Daroon in Bengali means very good and Nidaroon means the opposite – unbearable, very harsh. I am sure readers will comprehend the connotation of "Nidaroon" in my above-mentioned comment!

In view of the increasing and unabated incidents of violence against women, an Ecumenical Group of Christian women released a Press Statement on 9th December condemning the incidents of violence against women in India and demanded making society safer for them. (Source: Matters India 10th December 2019 Report captioned CHRISTIAN WOMEN DEMAND MAKING INDIA SAFER FOR WOMEN http://mattersindia.com/…/christian-women-demand…/ mattersindia.com ).


The Press Release issued by the Ecumenical Group of Christian women zeroed in on the following incidents of attack on women:

• The horrific gang rape of a young woman veterinarian in Hyderabad
• A 6-year-old child sexually brutalized and killed in Tonk, Rajasthan
• An eleventh-grade girl abducted and gang raped in Coimbatore in Tamil Nadu
• An Adivasi law student abducted and gang-raped by a group of armed men in Ranchi
• The murder of the 17-year-old girl who had been raped a little over a year ago in Unnao, Uttar Pradesh. She suffered 90 percent burns and died.

The women came down heavily on the failure of Churches in India to respond to crimes against women. “The ways in which the Churches have responded to incidents of abuse and even rape in their own environs, underlines the apathy of the church authorities to speak out against rape and violence against women,” the movement said. Readers please mark the phrase: “OWN ENVIRONS." This means the above crimes are also repeatedly taking place within the four walls of the sanctum sanctorum of our Church premises and are for ages, being systematically swept under the carpet – like water on a duck's back – Bishop (?) Franco Mulakkal being a classic case! Only now skeletons are coming out of the cupboard thanks to the book released by the intrepid Sister Lucy Kalappura. We need more outspoken persons like her who are not cowed down by the Indian Church's alibi not to wash dirty linens in public. After all dirty lines have to be washed if not done in private, then in public.

The Christian women said they saw the situation with “deep concern and want to respond with courage.” But they have not suggested possible ways forward.

How to respond with “courage”? Courage does not hang in the air. It becomes a reality only when we take it in both hands. From 23 to 27 November 2019 Kolkata Police organised “Tejashwini” – Women’s Self Defence Workshop" at Police Athletic Club. Tejashwini means Firebrand. Kolkata Police took online registration at https://kolkatapolice.gov.in. Banners of this workshop were put up prominently on Park Street and other places. It is not known how many Christian Women/girls were sent by the Women’s Commission of the Archdiocese of Calcutta to participate in the Workshop. Rather than express our agony by taking out candle-light processions and sing hymns after each ghastly assault on our women (6th February 2012 incident of late Suzette, who was gangraped by five men at gunpoint in a moving car and then thrown out on Park Street or the Ranaghat Nun episode), it's time each parish in the Archdiocese encouraged girls and women to participate in self-defence workshops conducted by Kolkata Police or other credible organisations. In this respect, Auxilium Parish Kolkata deserves kudos for having translated thought into action without any fanfare.

Instead of the Church always playing the victim card, similar approach should be taken by Dioceses and Archdioceses all over India, under the initiative of Laity Associations. The logic is the Laity consitututes more than 90% of the Church. And this demand should ideally come from the Women's Commission in each parish, for only the wearer knows where the shoe pinches.  As mentioned, all Lay Associations in each state should take the lead in this respect, in keeping with the credo Prevention is better than Cure or a stitch in time saves nine.

The initiative on self-defence project should be funded by Parish Finance Committees (PFCs) and awareness campaign on this Need of the Hour is to be done by Parish Pastoral Councils (PPCs) in respective parishes. PFCs can try to tap some good souls to sponsor the programme on an on-going process. The RoI (Return on Investment) would be immense and make us menfolk sit up and watch in wonderment!

NOTE: This article has appeared in The Herald Kolkata dated 13-19 December 2019 in a slightly edited version.