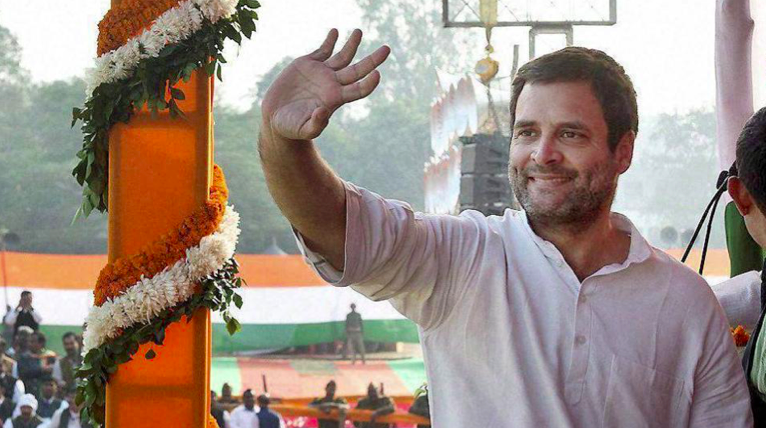 (Note: After all his thundering allegations about revealing instances of personal corruption against Modi, Rahul (He could not name even one) is now like a waning moon. His image as a perpetual bluffer is waxing by leaps and bounds. Still what he lists below contains  many items of harsh, bitter pills for readers to reflect and react at proper time.

All are aware of the talk of the town about Modi’s closeness and largess to Adanies, Ambanies and the list which makes up the 1% of the rich who are plundering the wealth of the nation and funding Modi’s world tours dressed up in all splendor as prince unparalled.  So he has to wave their debt or go very soft on them and instead steal from the begging bawls of the Aam Aadmi who can’t demand anything  but have to live by the crumbs falling into their plates from the high table. Think of the promise he made to fill their bank accounts with lakhs brought back from abroad to get their votes to become PM. Now that he is seated on the coveted throne he can forget  his promise.

But why is he torturing the poor for weeks and months by making them run from pillar to post —- to ATMs and Banks after standing in queues for hours and days  — to get enough cash for their daily bread, while no action is taken against any of the rich in his party who spend 50 or more crores on gala weddings? None from their category is seen standing in queues. And what about crores of money in new notes caught from individuals who have connections with the top brass in political and banking circles? The poor may not have money to spare, but they do not lack enough and more brains to see through deceptive dealings and wheeling of these politicians. One can be sure enough they will show the sharpness of their brain  when they stand again in queue  to vote next time, perhaps in UP. james kottoor, editor)

Mehsana was the epicentre of the Patel agitation of the Patidar Anamat Andolan Samiti of Hardik Patel. Here are highlights of Gandhi’s speech:

• Modi ji cannot bring back money taken as loans by 1% rich people and hence he is using money of poor to waive of this bad debt.

• When a farmer or middle-class people take loans from banks and are unable to pay, they are put behind bars, but when the same is done by rich, they are not called ‘chor’ but are called defaulters.

• A farmer does not purchase his seeds by cheque or card but in cash, you (Modi) have taken away that cash from them.

• The demonetisation move was not a surgical strike on black money, it was fire-bombing on the poor.

• With this (demonetisation) move, Narendra Modi didn’t target the 1% rich of the country, but the 99% poor.

• The Switzerland government has given Modiji names of black money holders. Why didn’t they reveal those names? Why are the shielding them?

• The Patidaars protest peacefully. But the government beat up their children and women.

• Demonetisation move wasn’t made against corruption or black money. It was against the honest and poor people.

• If Narendra Modi’s government takes any big or small step to eradicate corruption, the Congress party will support him.