Democratic Dissent: Is there space for it anymore in India? 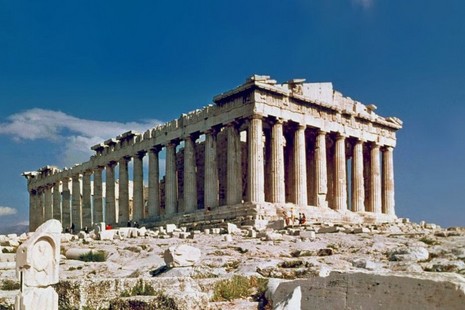 Here is a probing and very relevant article by Father Myron Pereira SJ who is a media consultant based in Mumbai. While making a comparison between Church governance and democratic practice, he feels that inherent in democratic practice is the principle of freedom – freedom of thought and expression, particularly. Different people tend to think differently, but all must be allowed their say, and negotiation and compromise must ensure that no particular opinion feels left out. Isaac Gomes, Asso. Editor, Church Citizens' Voice.

In modern times, democracy is considered as a given in government, which means that people – all kinds of people – want to have their say in how they are ruled. However, only a little reflection will tell us that this was not always so.

Within European history, the Reformation may be considered a watershed in this regard. When in the 16th century, Martin Luther challenged the hegemony of the pope in choosing how to believe, he started a precedent of dissent which rapidly snowballed into a secessionist movement in Christian Europe.

Not for nothing were the secessionists called Protestants because they "protested" against the traditional discipline of the Church. Their opponents retained the name Catholic or universal, for they claimed universality of belief and action.

More derisively, they were called Papists because they gave unquestioning obedience to the pope in Rome. Today's Roman Catholics are firmly within this tradition of obedience to legitimate authority.

Ah, but there's the rub: where does legitimate authority come from?

The question has a distinctively modern ring. For modern times are times of revolution when groups of people within different countries effectively deposed their rulers and placed others in their stead.

These revolutions might have been bloody – like the French (1789) or the Bolshevik (1917); or they may have been largely peaceful, like India's Independence Movement (1947). But all of them replaced feudal or colonial governments with representatives of the people, even though these elected representatives often squabbled among themselves, and were later replaced with iron dictatorships.

Democratic governments, it must never be forgotten, always rule in tension. In these matters, some countries succeed better than others.

Because of its long tradition of autocracy and obedience, the Catholic Church has generally frowned on democracy, and frequently clashed with elected secular governments. It is hard for an institution which believes that only its hierarchy has the divine right to rule to accept the governance of clerks, farmers, and traders – which is what democratic parliaments largely consist of.

Inherent in democratic practice is the principle of freedom – freedom of thought and expression, particularly. Different people tend to think differently, but all must be allowed their say, and negotiation and compromise must ensure that no particular opinion feels left out.

This is not something that Church governance feels comfortable with, as the previous Popes, John Paul II and Benedict XVI proved all too clearly. During their time, dissenting theologians were silenced and the collegial exercises encouraged by Vatican II were manipulated and blocked.

Bishops and clergy quickly realized that their chances for advancement were linked to their toeing the Roman line. So it comes as an astonishment to many that the present Pope Francis emphatically encourages diversity of opinion and practice within the Catholic community.

He does not do this out of mischievous intent, but because he realizes that the teaching authority (magisterium) of the hierarchy must ever be complemented by the ability to listen to what the ordinary faithful say (sensus fidelium).

As people often say many contradictory things, so Pope Francis (as Pope Paul VI before him) proposes the practice of dialogue –  of listening "to what the Spirit is saying through the churches." Put in other words, a doctrine mustn't only be proclaimed from above, but it must also be received from below. It is this which contributes to the vibrancy and maturity of faith.

But does this allow for voices of dissent? Not necessarily, but it does encourage questioning, disagreement, and plurality of opinions. However, dissent is not something that governments of any kind, whether religious or secular, are comfortable with.

And where bribery and partisanship fail, there is always intimidation and the threat of punishment, or death. Have we reached such a point in India today?

From being a poor third-world country, which nevertheless prided itself on its free press and its culture of independent thinking, India preens and postures itself today as an Asian super-power in the making, where uniformity of thought and action is mandated for everyone, at every time, and in everything.

Everyone must stand and acclaim the great leader, under pain of being considered "anti-national".

It must be obvious to the reader that we are talking about a different kind of nation. Our Constitution envisaged a "democratic, secular, socialist and sovereign nation" but the majoritarian ethos which dominates our speech and behaviour today has another "nation" in mind.

Whatever form that takes, one thing is sure, it will not be democratic.

In a recent book entitled, The Argumentative Indian, Amartya Sen argued that Indians have always tended to discuss and argue, to prize rational inquiry over dull conformity. In other words, he says, the tradition of dissent has a long and honourable tradition in this land.

Will we value the right to inquire, to challenge and to dissent, as part of our democratic legacy – or will we allow it to lapse by default? This is the most important issue of the present time.

(The article has been reproduced courtesy La Croix International.  Photos have been additionally inserted by CCV to add effect).