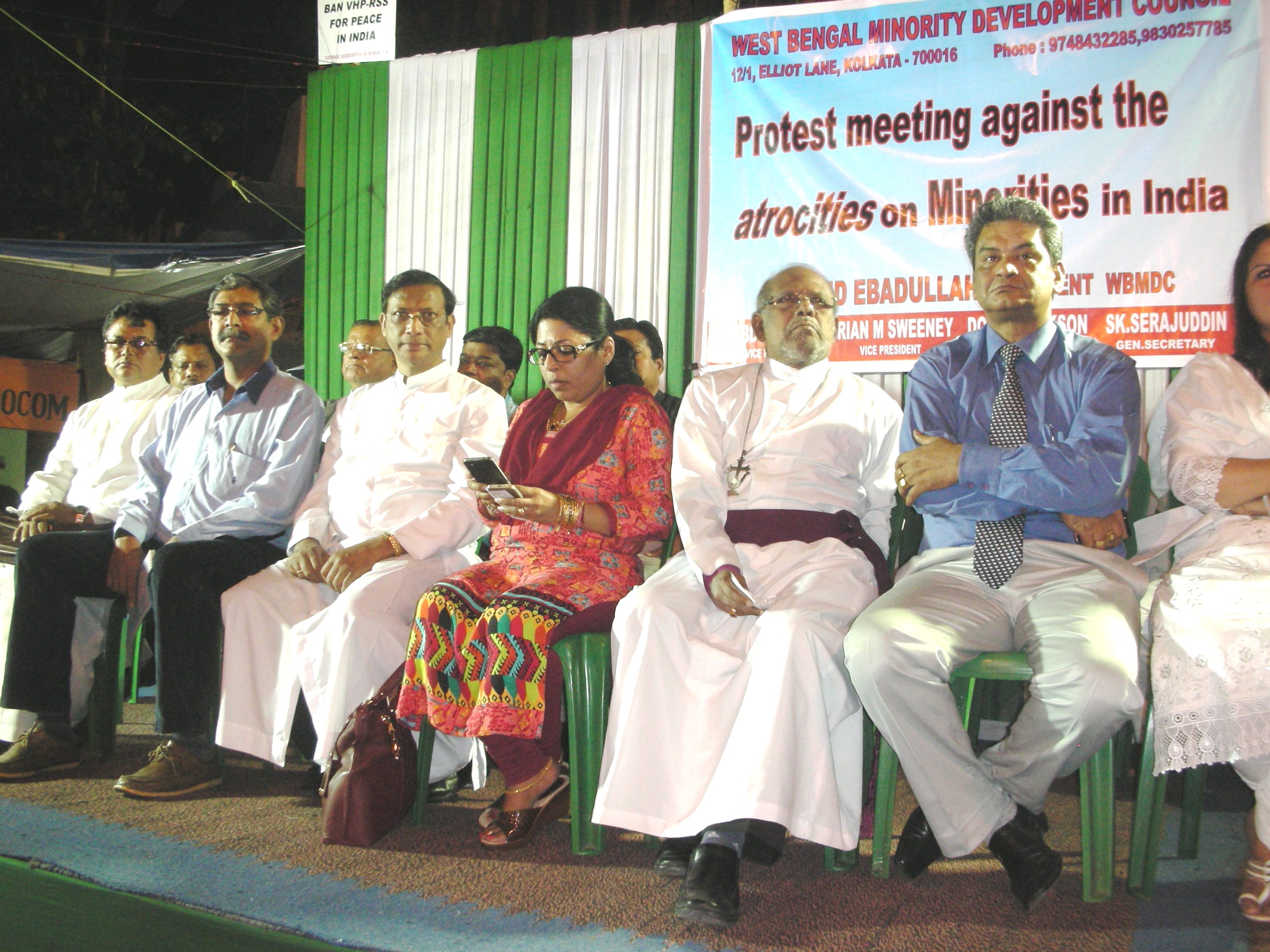 On 10 Feb 2015, the day Arvind Kejriwal pulled off an AAPsolute miracle by crushing the “invincible” BJP at Delhi Assembly Election, the Archdiocese of Calcutta organized a Protest at Park Circus 7 Point Crossingat 6 pm. Fr Dominic said “attack on churches and other holy places of minorities is attack on the Indian secularism and its Constitution.”  “Christians have always worked for India’s development.  Why are our places of worship and properties being attacked and destroyed?” "যে কোন ধর্মস্থানের উপর আক্রমণ এবং তার পবিত্র জিনিষ ধ্বংস করা সভ্য সমাজে কোনমতেই মেনে নেওয়া যায় না৷"he reiterated.

Then he pepped up the gathering by plunking his guitar and singing aloud. Charles Sassoon, VP1 Catholic Association of Bengal was called to lend his voice. All the dignitaries spoke in unison against the heinous outrages on Churches in Delhi and other states.  They condemned the strange silence of Prime Minister Narendra Modi. Fr Dominic read out a copy of the Memorandum to be submitted to the Governor for sending to the Prime Minister.

EugeneGonsalves said thatthough Christians were about 2.5% of the Indian population, its share in the service sector was 24%.He emphasized if all minorities were united, they would become a combined force of 30% to counter any anti-minority policy.