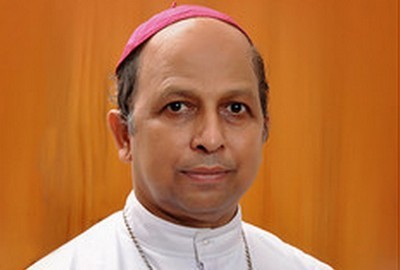 “Christmas Day is a day to celebrate and pray for peace and harmony in the country and world at large,” the archbishop said in a statement.

A national daily today reported that the government plans to mark Christmas as ‘Good Governance Day’ and organize essay competitions and similar events in schools for students on the day.

However, human resource development minister Smriti Irani denied any such move by the government, saying that all schools will be closed on Christmas.

The archbishop also strongly condemned the conversion drive planned by the Hindu groups on Christmas Day.

Reports have been doing the round of right-wing groups are planning conversion of 5,000 Muslims and Christians on Christmas in Aligarh.

“It is a violation of Constitutional rights and guarantees to citizens of India such as the freedom of faith and the freedom of movement, expression and association,” he said in a statement.

He called for an immediate end to such malicious hate campaigns and intervention of both the state and central governments in the matter.

The community reserves its right to take legal action and approach the courts for stopping these conversion drives and hate campaigns as they violate the fundamental rights of every citizen of this country as enshrined in the Constitution of India, the statement said.