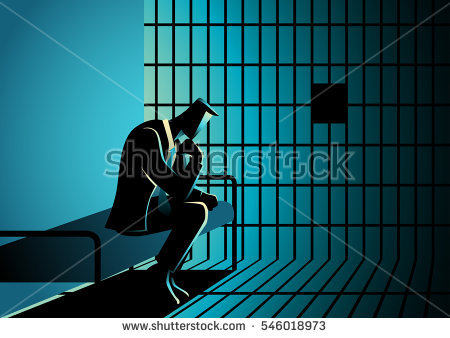 Catholic diocese vows to reorganize finances to repay creditors as it faces over 100 lawsuits.

Crime and punishment, one should follow the other as a natural, rational, logical conseq

uence. Does it happen anywhere in the world? Not always, but it does at least sometimes – always, most often, often, rarely or never?

Since we are not living in the best of times nor in the worst, we have to admit frankly that the first and last options never happen in our imperfect world. But they do happen at least rarely at least in the so=called civilized nations. It happens most of the times, we have to admit, in middle east countries and in USA.

Most severe punishments  like cutting off the hands of the thief, in some Muslim countries, which is said to reduce crime to nil, while it is done  in US very often, which minimizes criminal actions  there. Virtue stands in the middle. So US is often pointed out as model for law enforcement.

What about India regarding ‘crime and punishment’ in cases of political, religious, economic and social crimes and their perpetrators?Just think of the string of Modies looting and scooting national wealth with political connivance or approval. Extend it also to the religious domain of cow protection crimes and murders.

Apply it also to Christian religious leaders, who claim to be role models in promoting the virtuous and punishing the waked. It is here that all sex abuse crimes, from 25 year old Abhaya case to the many recent priestly perpetrators of sex scandaland the land sale scandal in Ernakulam assume Himalayan proportions.

Reuters speaks of 101 sex abuse lawsuits going on from 1950s to 1070and several Archdioces closing down due to insolvency to pay victims to the tune of US$3 billion in payouts. Heard of any such things happening in any of the  churches in India? Does it man that churches, especially the Catholic variety, is as  clean as the ‘Swatch Bharat’ of Modi?

One can only think of and admire the much maligned Pope John Paul II, for reciting a litany of ‘Mea Culpa’ in spite of his other minor or major weaknesses. And Pope Francis shines best, in accusing himself with “I am a sinner” and punishes himself and asks  pardon to all and lives a simple, humble life in spite of high ranking  prelates hinting or accusing him to be a ‘Heretic’, not even a ‘Catholic’.

“Oh tempora, Oh mores!”– the Times we live in! Shouldn’t we all put on Sack Clothes and Ashes, as the church exhorts and cry aloud at least during this Lenten season? Or better, doctors and preachers of the world, ‘Heal thyselves’. james kottoor, editor ccv.

A Catholic diocese in rural Minnesota has filed for bankruptcy making it the third diocese from that US state to declare bankruptcy due to claims of sex abuse by clergy in recentReuters reports.

The Diocese of New Ulm is now fighting 101 sexual abuse lawsuits dating from the 1950s to the 1970s after the state temporarily lifted the statute of limitations for such cases in 2013.

Bishop John LeVoir said the diocese would reorganize its finances to pay off creditors and “to fulfill its obligation, as much as possible, to victims and survivors of clergy sexual abuse of minors.”

It is one of more than 12 US Catholic districts and religious orders seeking protection against creditors due to sex abuse claims.

A series of sex scandals and alleged cover-ups by the church in the US have made headlines since 2002 causing a number of high-profile dioceses including the Archdiocese of Milwaukee to become insolvent and triggering US$3 billion in payouts.

“[The Diocese of New Ulm]  intends to continue these negotiations and believes that a structured mediation setting would best facilitate a resolution for all of the interested parties in these cases,” it said in an official court filing.