COVID Surge: Amid Chaos, High Courts Fight for Our Right to Life

Does it need a court of law to ask ‘provide Remdesivir or share COVID test results within 24 hours’ to the government?

While several High Courts of India were catching the bull by the scruff of the collar, the observation by the outgoing CJI of the Supreme Court of India is very alarming.  It is aimed at clipping the wings of High Courts and allowing the defaulting central and state governments go scot-free.  Isaac Gomes, Associate Editor, Church Citizens' Voice.

Yeh Jo India Hai Na… day after day thousands are dying of COVID-19. Yet, oxygen shortages, ICU bed shortages, bureaucratic chaos is all we have.

Visuals of mass cremations are flooding social media. Do we really need to see this to understand the scale of the tragedy? The agony of one man gasping for breath on the floor of a Karnataka hospital sums up the state of the nation. But is anyone listening? Eight out of 20 pages in Rajkot’s ‘Sandesh’ newspaper on 23 April were just obituaries. But is the Sandesh reaching the Sarkar?

My colleague Aroop Mishra has been putting out a series of cartoons to capture the tragic irony between the government’s slogans and reality. 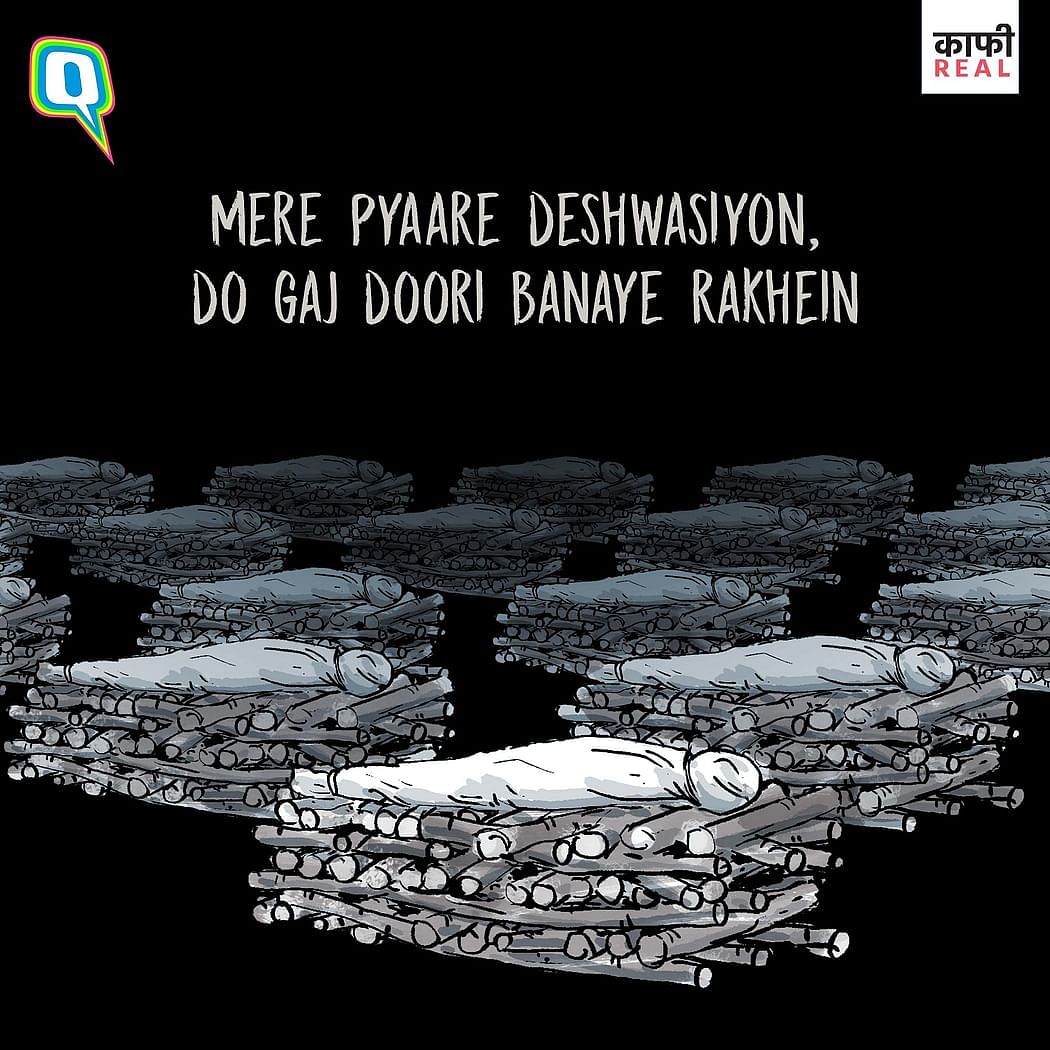 But the most scathing criticism of our government’s mishandling of the second COVID surge has come from India’s courts and who could be more objective than that?

Here, with support from my colleague Karan Tripathi, let me sum up what a series on what high courts across India have said:

On 19 April, the Allahabad High Court called out the UP Govt for being unprepared, saying: 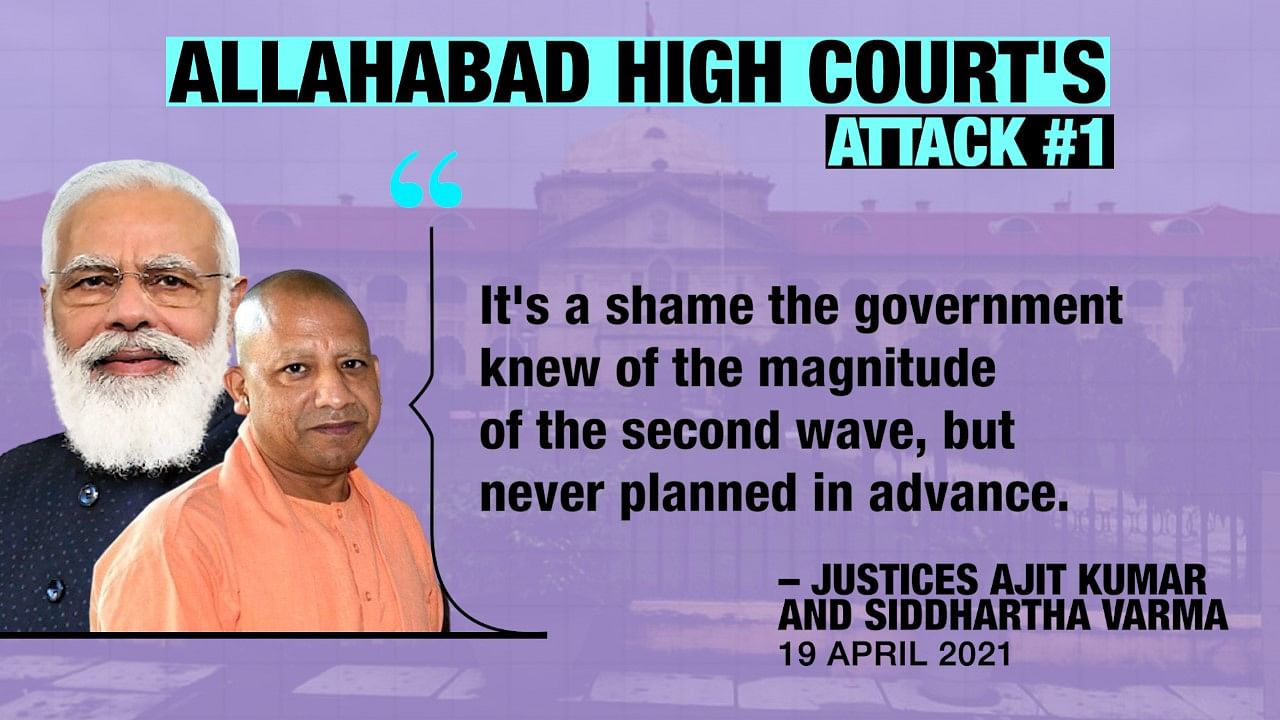 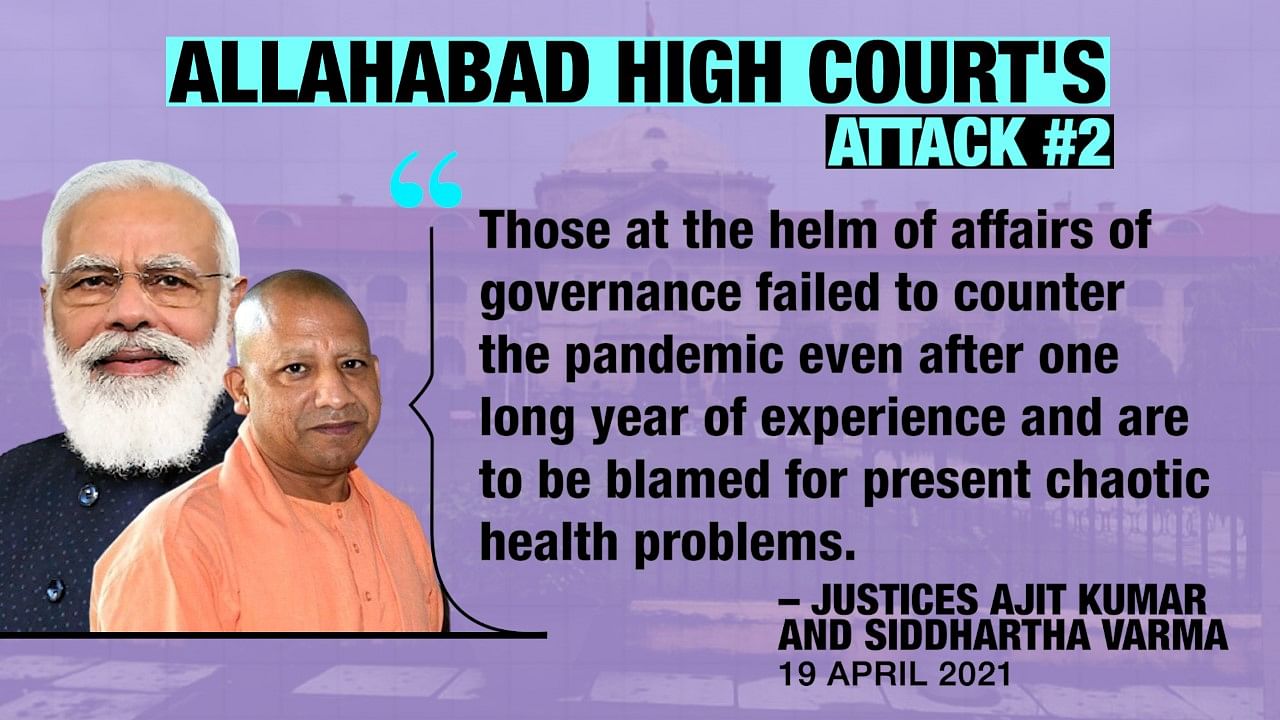 The court also commented on the money spent by the Yogi government on Panchayat elections: Then, on 22 April, a bench of the Karnataka High Court led by Chief Justice AS Oka, questioned the state government over the unavailability of oxygen, Remdesivir, and hospital beds. 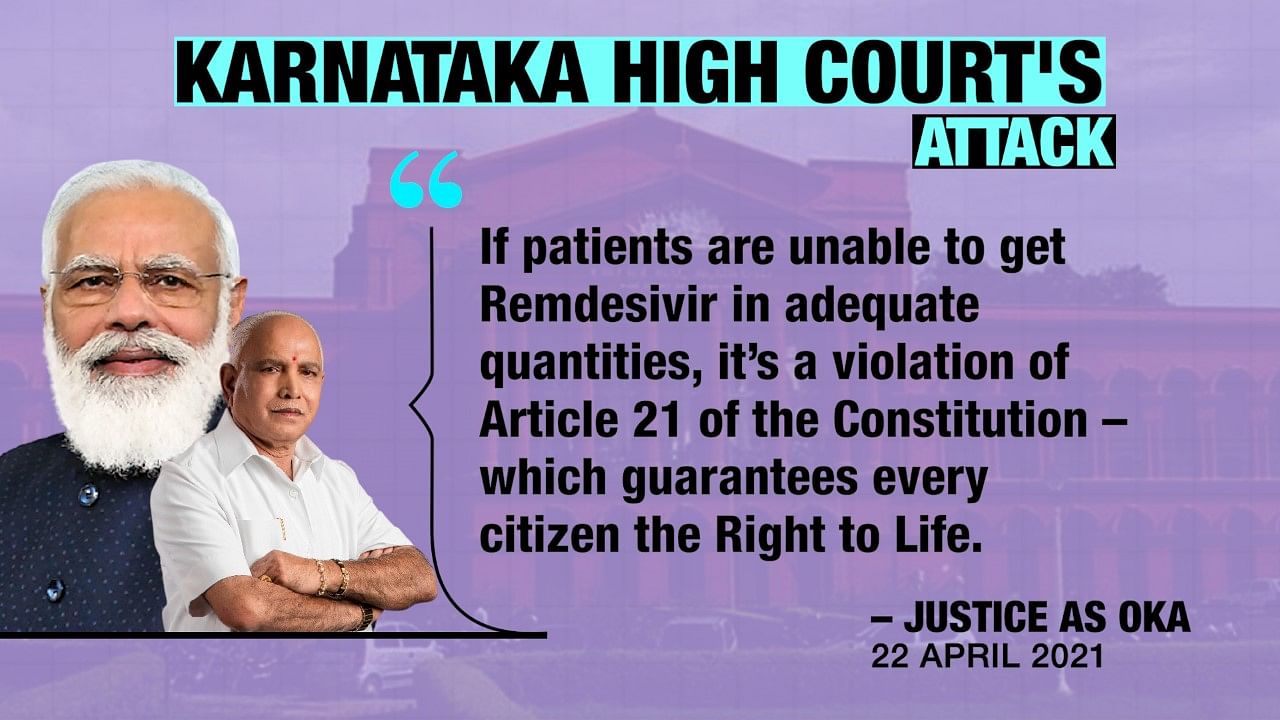 Does it really need a court of law to say ‘provide Remdesivir or share COVID test results within 24 hours’, offer a government such basic advice? No. But unfortunately, that’s what we have come to.

Let’s move to Maharashtra, where on 21 April, the Nagpur Bench of the Bombay High Court pulled up the state and Centre for failing to comply with its order to supply 10,000 units of Remdesivir in the Vidarbha region, saying: On 16 April, in Gujarat, a high court bench headed by Chief Justice Vikram Nath took the state government to task for state for hiding COVID data on cases and deaths: 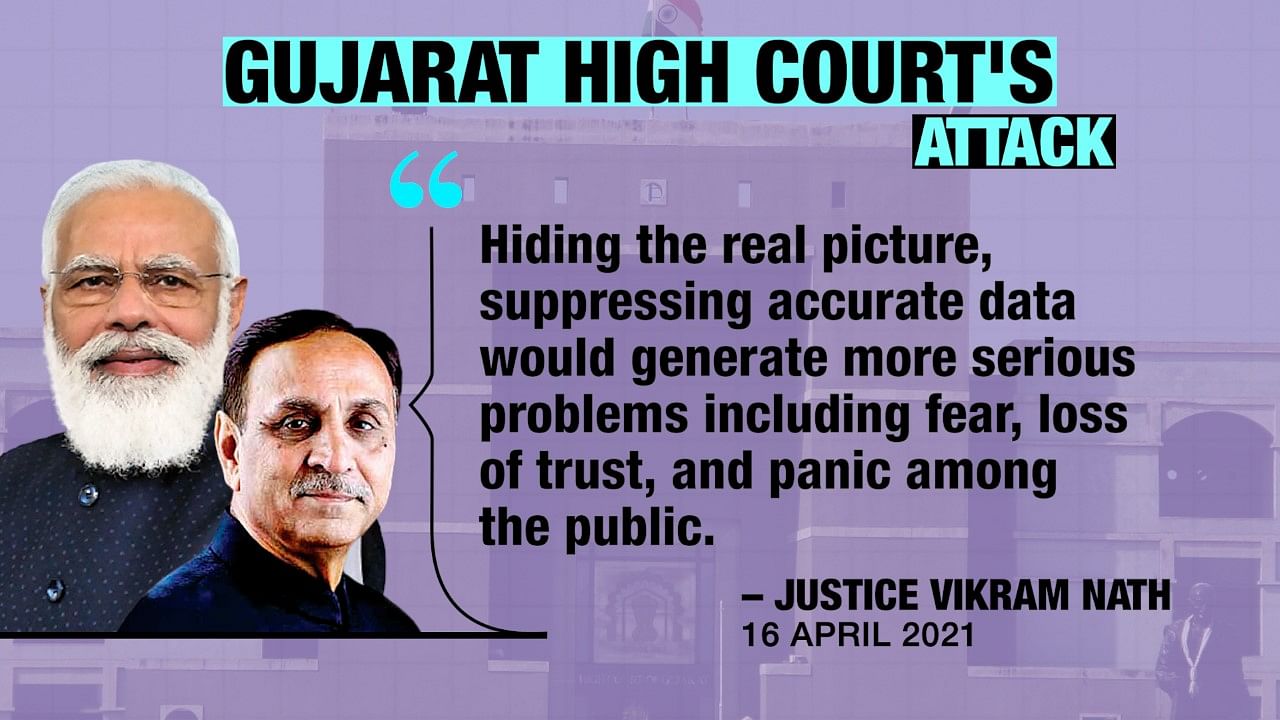 Does it really need a court to point this out? No. And why would a government hide data? Well, only to hide its own failures. And would you trust such a government? No. And if trust breaks down at a time like this, what’s left?

On 21 April, Delhi’s Max Hospital moved the Delhi High Court, asking for help. They had just four hours of Oxygen left for 262 COVID patients. The HC directed the Government to ensure oxygen supply “by all means necessary”: 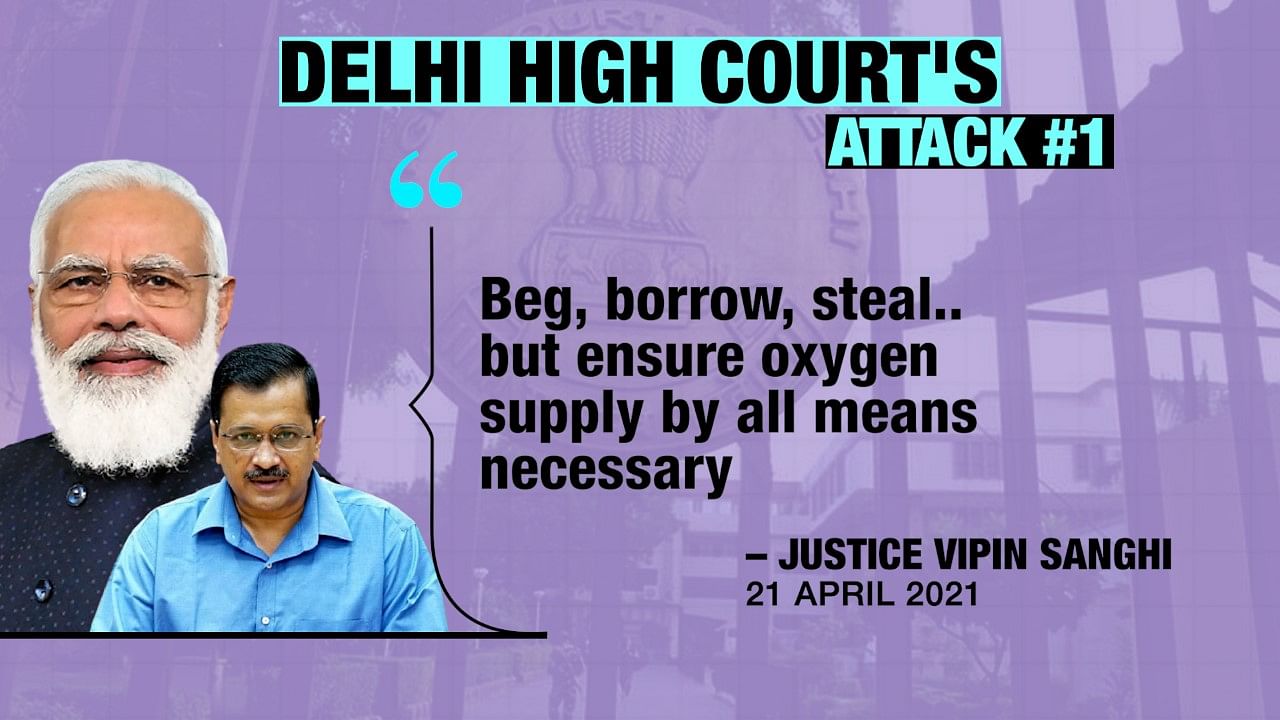 It also had very strong words for the Central government’s lack of preparedness: 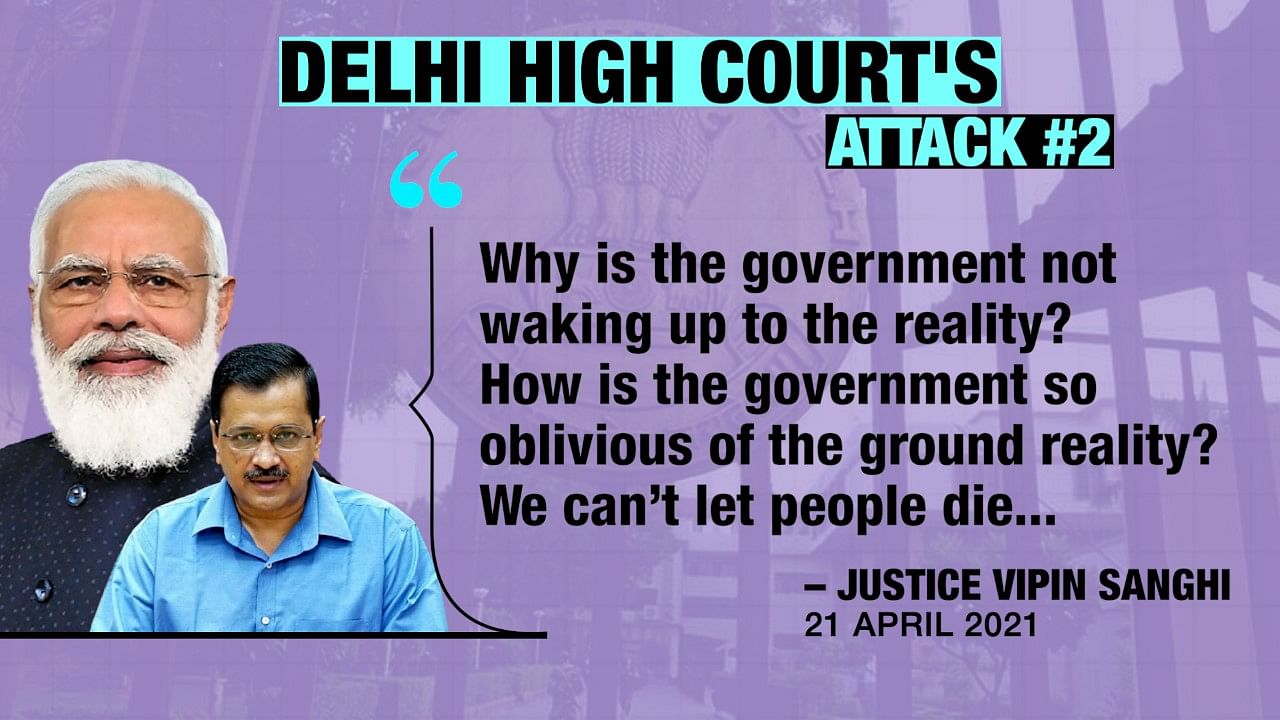 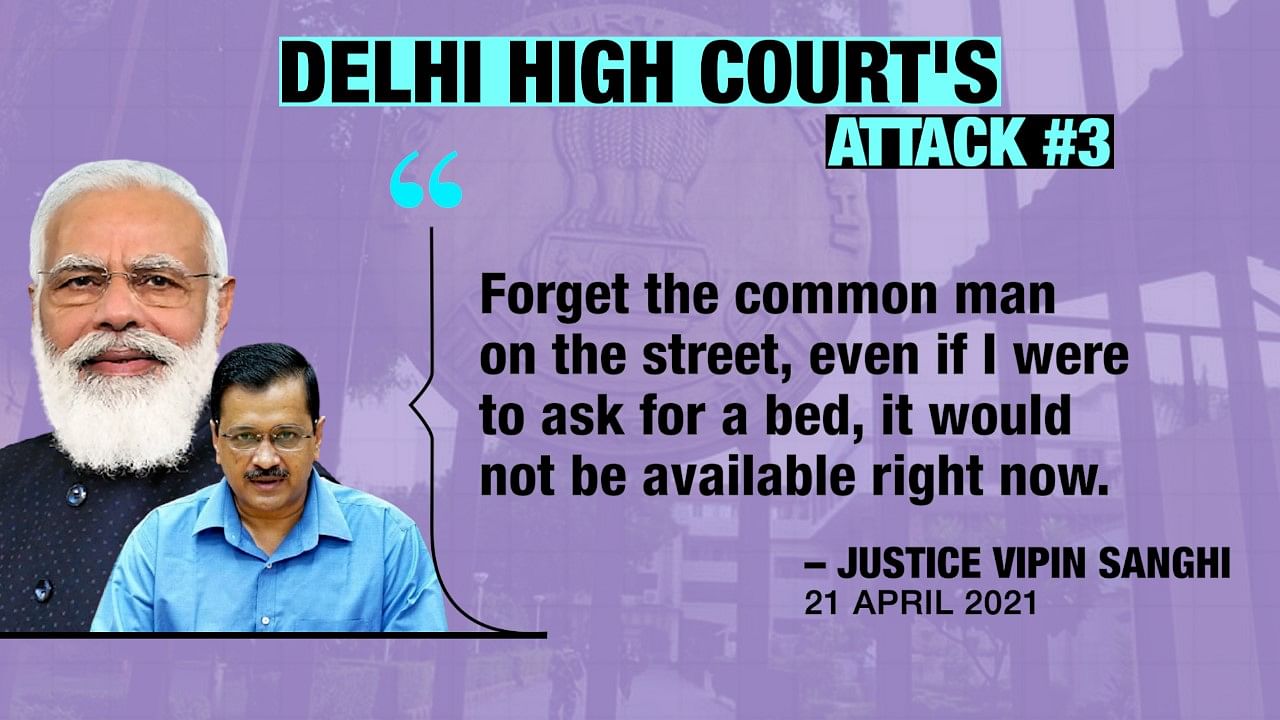 And then, in Bengal, on 22nd April, Calcutta High Court Chief Justice TBN Radhakrishnan pulled up the Election Commission or EC, on its handling of the Bengal elections in the middle of the COVID second wave. He said: Referring to the legendary tough Election Commissioner, the late TN Seshan, the court said the EC "is not doing one-tenth of what TN Seshan had done."

Meanwhile, the EC capped the numbers at an election rally at 500 people. What sense does that make? Is 500 a safe number? No. If more than 500 turn up, can the EC stop them? No. So, what’s the Election Commission of India thinking? We don’t know. And that should worry us all. 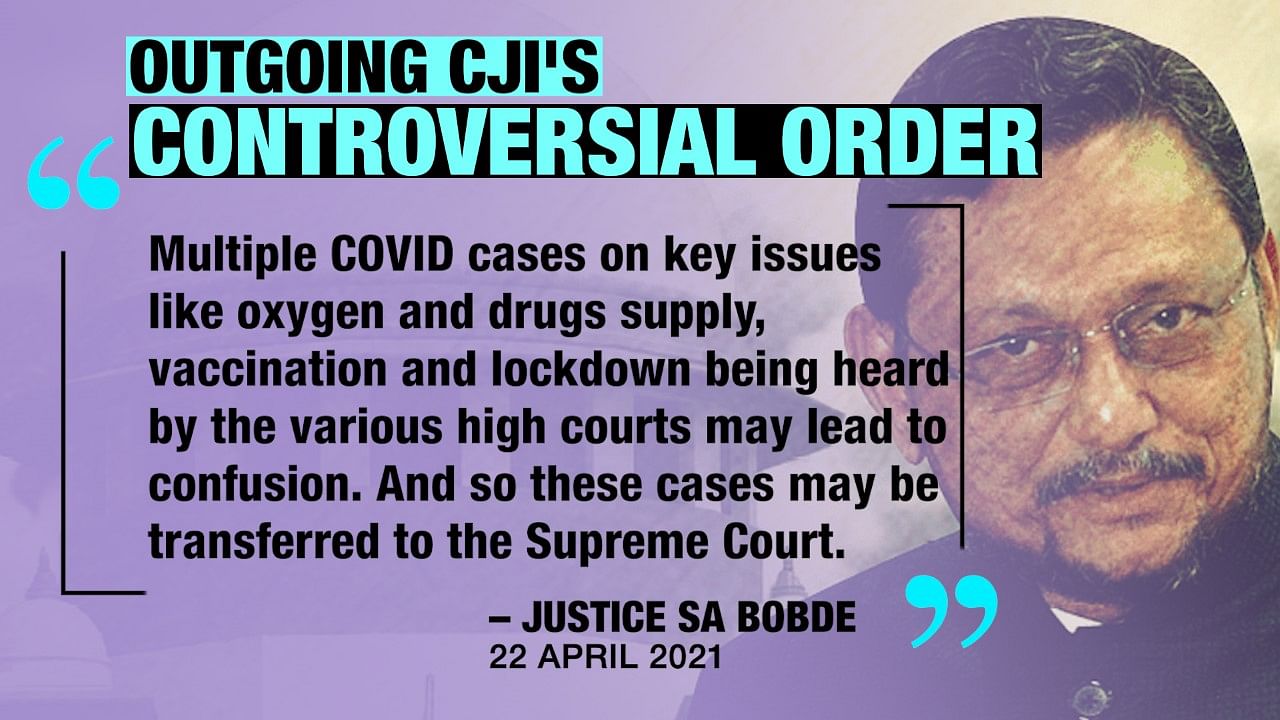 But several senior lawyers have criticised this view for two reasons:

It’s a view, we agree with.