Cover photo: Citizens stand in a queue at Thane Nurses Training Vaccination Center to receive a dose of COVID-19 vaccine, in Thane. PTI

For the first time in recent memory, India's Opposition parties combined and sent a joint petition to the Prime Minister Modi to act fast and decisively to tackle the Covid Menace and other issues ailing the economy.  It's a very good initiative provided states too take co-responsibility of Covid Management.  Yesterday India recorded the highest death rate of 4,200 (much more as the Allahabad High Court observation below indicates), with reports of dead bodies floating in the rivers of U.P. – Bihar borders at Buxar, Ghazipur and Unnao (Please see the above link).  Some states are even refusing to show dignity to the dead and their ambulances (as per TV channels) are simply dumping dead bodies into the rivers. Yesterday Allahabad High Court rapped the Yogi Adityanath government of U.P. for hiding key facts about Covid treatment facilities and the number of deaths, and failing to comply with earlier orders on furnishing hospitals with life-saving equipment and drugs. The court castigated the Uttar Pradesh government for failing to provide the state-wide death figures the bench had sought, and suggested that its lawyers may have orally underreported the toll during the hearings.

Our Prime Minister is well-known to show scant respect for the Opposition and even brush it aside as if it does not  exist.  The protracted closure of parliament thanks to Covid suits his design of an Opposition-free India.  This outlook is not at all healthy for a Democracy and clearly indicates a penchant for Autocracy through vote bank. With the world media also firing salvos at the Prime Minister for total mismanagement of Covid, farmers' agitation, and Mann Ki Baat, let us hope this letter will bring some sense in the Central Government and bolster the spirit of federalism.  Isaac Gomes, Associate Editor, Church Citizens' Voice. 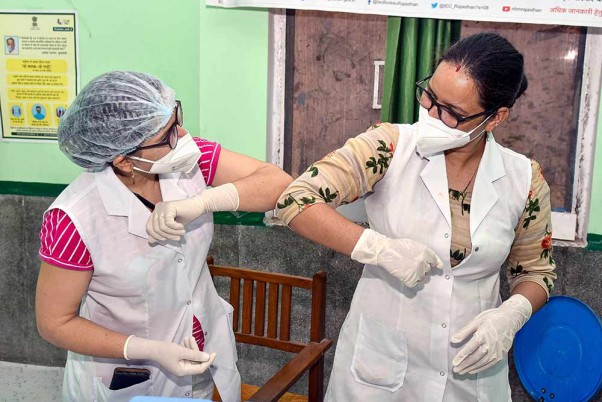 Two nurses greet each other on the occasion of International Nurses Day, during the second wave of COVID-19 pandemic in Bikaner. PTI Photo.

A host of Opposition parties on Wednesday told the government that its refusal to accept advice had aggravated the Covid situation into an “apocalyptic human tragedy” and appealed to Prime Minister Narendra Modi to take certain measures to save the country.

“Though it has not been the practice of your office or government, we would appreciate a response to our suggestions in the interests of India and our people,” a letter from the Opposition said.

The suggested measures ranged from a wider vaccine procurement and universal free vaccination to channelling the Central Vista funds into oxygen and vaccine purchase, assisting the jobless and repealing the new farm laws to protect the agitating farmers against the coronavirus.

Modi has so far tended to ignore the Opposition and reject consensual politics. He hasn’t yet acknowledged, let alone answer, letters from his predecessor Manmohan Singh, Congress president Sonia and Rahul Gandhi. 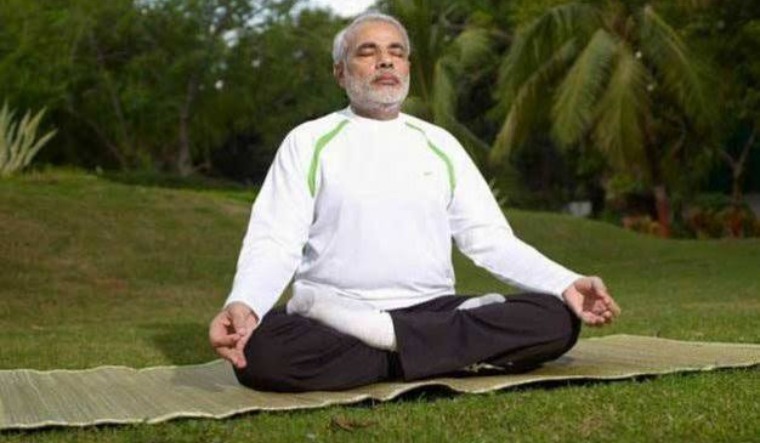 Closing eyes will not suffice to turn around India

How hostile the BJP can be to any Opposition attempt to engage meaningfully with the government even in this crisis is reflected in health minister Harsh Vardhan’s rejoinder to Singh’s letter and BJP chief J.P. Nadda’s dismissal of Sonia’s.

By demanding a response, the signatories to the joint Opposition letter have ensured that any silence from Modi would vindicate the charge that he isn’t willing to contemplate a collective approach even towards a crisis threatening to devastate the country.

The Opposition’s letter comes at a time when the RSS-BJP, rattled by the hostile climate of opinion across the country, has launched a “Positivity Unlimited” campaign with the intention of changing the narrative.

The letter seeks to demolish that project by portraying the government as engaged in perception management at a time the Opposition is fighting to save the people from the deadly pandemic.

“The Covid-19 pandemic in our country has assumed unprecedented dimensions of a human catastrophe. We have repeatedly in the past drawn your attention, independently and jointly, to the various measures that are absolutely imperative for the central government to undertake and implement,” the letter says.

“Unfortunately, your government has either ignored or refused all these suggestions. This only compounded the situation to reach such an apocalyptic human tragedy. Without going into all the acts of commission and omission by the central government that have brought the country to such a tragic pass, we are of the firm opinion that the following measures must be undertaken on a war footing by your government.”

“Release all money held in the unaccounted private trust fund, PM Cares, to buy more vaccines, oxygen and (the) medical equipment required. Give all jobless at least Rs 6,000 per month. Free distribution of food grains to the needy (over 1 crore tonnes of food grains are currently rotting in central godowns).

“Repeal (the new) farm laws to protect lakhs of our annadatas (from) becoming victims of the pandemic so that they can continue to produce food to feed the Indian people.”

Farmers have been protesting the new laws at Delhi’s borders since November 26.

The vaccine shortage has affected almost every state, forcing the closure of hundreds of vaccination centres and prompting almost every non-BJP chief minister to express concern.

While some states have floated global tenders to procure vaccines, Rajasthan chief minister Ashok Gehlot has contended that the Centre should have procured all the vaccines and made them available to the states free of cost.