Court declines to hear church matter due to conflict of interest 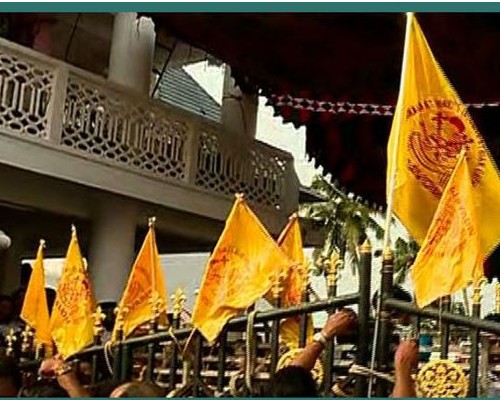 Kerala Church is again in the news.  This time it is not another Franco Mulakkal or Confession Box crime case, but the Jacobite and the Orthodox factions of the Malankara Syrian Church claiming stake over the management of Piravam Church which consists of 80% Jacobites.  This also means the Laity of Kerala is very much awake in respect of Temporal Matters exclusively monopolised by the Clergy with Laity's money.

The petitioner Shiju P Kunjumon (reportedly 23-year old) is absolutely right in having stated that Justice Devan Ramachandran one of the two judges dealing with the petition, must recuse himself on grounds of conflict of interest, from hearing the case as he had earlier appeared as a Counsel in the dispute regarding the administration of churches under the Malankara Church. Upon being confronted with the well-established legal norm “judges, like Caesar’s wife, must be above suspicion”, the two judges have placed the matter before the Chief Justice of Kerala, who will post the case to the appropriate divisional bench.

The case is getting very interesting.  Let us hope the case is not put to cold storage like so many other Church cases. We are still awaiting the outcome of the Ernakulam-Angamaly Archdiocese land scam case involving 73-year Cardinal Geroge Allenchery who represented the Youth of India at the recently concluded Youth Synod at the Vatican!  Mattersindia has done well to report the case for Laity enlightenment.  Isaac Gomes, Associate Editor, Church Citizens' Voice.

Piravom, Dec. 11, 2018: The Kerala High Court on December 11 refused to hear a petition regarding the management of a church currently in the middle of a heated dispute between the two factions of Christians.

A division bench of the court comprising of Justice PR Ramachandra Menon and Justice Devan Ramachandran was dealing with a petition over the management of the embattled Piravam Church claimed by the Jacobite and the Orthodox faction of the Malankara Syrian Church.

The petition by one Shiju P Kunjumon invoked landmark judgments from around the world to establish that “judges, like Caesar’s wife, must be above suspicion.” The 23-year-old layman also pointed out that Justice Devan Ramachandran had earlier appeared as a lawyer in the dispute regarding the administration of churches under the Malankara Church.

Having appeared as a lawyer in the matter of Malankara Church administration before, the petition appealed to legal precedent and principles of justice in stating that Justice Ramachandran must recuse himself from hearing the case.

Upon receiving this petition, both judges decided not to hear the case, and have placed the matter before the Chief Justice of Kerala, who will post the case to the appropriate divisional bench.

In a controversial landmark judgment on July 3, the Supreme Court of India had ruled on a century-old dispute between the two factions. The top appellate court in the court had ruled that 1,100 parishes and their churches under the Malankara Church should be controlled by the Orthodox faction, as per the 1934 Malankara Church guidelines. However, 80 percent of the families under the Piravom Church are Jacobites and 20 percent Orthodox.

Many churches, including the Piravam one, could not carry out the court order as the Jacobites blocked police from entering their premises.

On December 10, the Piravom Church witnessed high drama after police attempted to accompany Orthodox clergymen into the church, and Jacobite faction members camped inside the church threatened to commit suicide if they proceeded, forcing the police to cancel their operation.