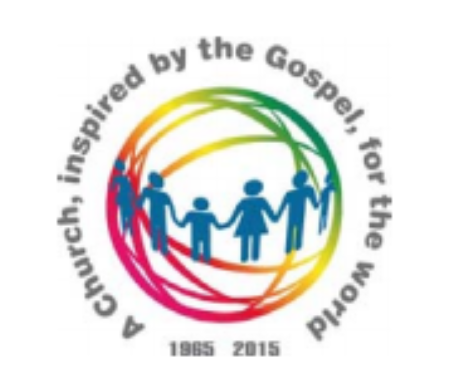 1 Council 50: Towards a Church – Inspired by the Gospel – for the world

Worldwide catholic reform movements declare “A pact of disciples of Jesus” Update in the spirit of the “Pact of the Catacombs” signed by 42 bishops at the end the Second Vatican Council 50 years ago “We are ready to help Pope Francis to implement the Second Vatican Council now. Another Church for Another World is possible!” A Declaration has been adopted by more than 100 delegates of catholic reform movements worldwide from Europe, Asia, Africa and the Americas who gathered at the Council 50 Conference in Rome, November 22‐24, 2015. At this conference prior to the 50th anniversary of the close of the Second Vatican Council (December 8, 2015), they assessed the current state of the Roman Catholic Church, future directions, and its engagement with contemporary global issues.   In this process the delegates associated themselves with the “Pact of the Catacombs” which was originally signed by 42 bishops just before the end of Vatican II, in which they made their personal commitments as bishops to the Council’s ideals. Although the “Pact of the Catacombs” was subsequently signed by some 500 bishops it was almost totally forgotten during the last two pontificates.

Council 50 delegates affirmed the teachings and the spirit of the Second Vatican Council that defined a new position for the church engaged with today’s world, especially in the constitution “Gaudium et Spes” (Joy and Hope). Delegates strongly endorsed Pope Francis’s call to become a poor Church for the poor, and committed themselves to promote and further develop the implications of this message. In the Declaration delegates made the following commitments after an intensive “See, Judge, Act” process:   On matters concerning PEACE AND WAR  to condemn every act of war unequivocally  to promote active non‐violence globally and locally in our societies ; and to advocate that the Catholic Church should ratify and promote internationally accepted documents on human rights (e.g. Universal Declaration of Human Rights, European Convention on Human Rights).

On matters concerning SOCIAL AND ECONOMIC JUSTICE  to be actively engaged in addressing socio‐economic issues  in the light of the Gospel  not only at the level of individual or charitable action, but by seeking to  analyse,  understand and transform   oppressive and unjust structures and systems to promote ‘a new model of development’ clearly mentioned by Pope Francis in Laudato Si in the 2 light of integral human development interconnected with peace and ecological justice to work in solidarity with poor people at the margins of the economy to  engage with all Christian churches and other religions to promote the aims of peace founded on    justice locally and  globally, and to work for the transformation of our Church as a poor church, for the poor and of the poor.

On matters concerning the ENVIRONMENT and SUSTAINABILITY to practice a sober, simple and responsible style of life to contribute spiritually, ethically and practically to the construction of a society that respects God’s creation, and to participate in projects and movements that promote social and environmental sustainability.

On matters concerning GENDER, SEXUALITY and FAMILY to help to make known the experiences of those whose voices often go unheard, and those whom the Church  finds hardest to hear, such as women, LGBTQI people  and divorced and remarried people to share the experiences of  marginalized  and rejected people with fellow members of the Church, so that they may gain in understanding and compassion to work for the decriminalisation of homosexuality in all countries, and for the abolition of other forms of legal and social discrimination, and to press for changes in society to be reflected by changes in canon law, regarding gender, sexuality, matrimonial and family structures, so as to be more inclusive of the people of God.

On matters concerning MINISTRIES IN THE CHURCH, and GENDER EQUALITY to develop the vision of a church constitution based on human rights and democratic values (including wide participation in decision making, a separation of powers, and due process) to work towards the renewal of Church ministries, based on the Gospel teaching that all gifts and vocations are given to us  by the Spirit, and therefore that women  are equally called to full participation in ministry, and to call at this point in time in particular for the restoration of women to the diaconate.

On BASE ECCLESIAL COMMUNITIES to build a church that  embraces base ecclesial communities as its fundamental model for being Church  to focus  our communities on action for justice, peace and the integrity of creation as Church to ask publicly for forgiveness from all who seek to be recognized as  members of the people of God but who have been marginalized or rejected and hurt by our doctrines or practices, and to work actively for ecumenical and inter‐faith dialogue, collaboration and friendship.

On DIALOGUE WITHIN THE CHURCH AND WITH THE WORLD to recognise and proclaim the equal dignity of each and every  human person to develop educational systems that accommodate and celebrate  difference and diversity to promote the development of an open and accessible theology,  to initiate and develop the process of institutionalizing a structure for internal dialogue between lay people and clergy at the levels of diocese, nation and continent, as well as in the Vatican, and to promote and create spaces where people of different religions, value systems and world views can meet and work together.

On being a CHURCH FOR THE POOR within the Church, to actively promote Pope Francis’s call to be a poor Church for the poor 3  to remember and keep alive initiatives and movements for change and renewal in the Church, as witnessed in the Second Vatican Council and the Pact of the Catacombs, and in liberation theology and feminist theology, and to form alliances with all people of good will, and with popular social and political movements, in the struggle for the liberation of all humanity and a more just global order.

Full text of the Declaration: www.council50.org