Coronavirus Outbreak Provides A Hey Day To The Sin Counters

The writer, Jerome D'Costa has held out that the worldwide onslaught of Coronavirus, especially in Christian-dominated Eurepean countries and the USA, has given ammunition to some religious leaders who are shouting from the rooftops how God's severe punishment is befalling sinners. They are, as if, enjoying their hurtful pontification. He proves this chest-thumping of these leaders is not justified in light of Biblical history. Isaac Gomes, Associate Editor, Church Citizens' Voice. 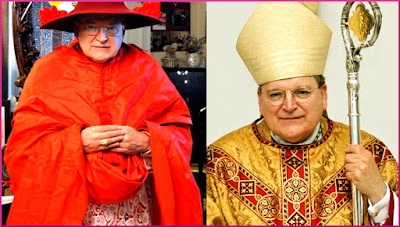 Coronavirus (COVID-19) outbreak is providing a centre stage to the sin counters of various religions.  These self-righteous and judging-condemning people see things in black and white –  sinfulness and holiness. There is no grey area in their sight. They have been pontificating that this pestilence outbreak is a chastisement, punishment, or retribution for sins of abortion, fornication, homosexuality, and LGBTQ (lesbian, gay, bisexual, transgender, and questioning) practices.

This widespread virus attack and death in the world has levelled everything –  casteism, racism, feeling and practice of superiority and inferiority, richness and poverty, educational and intellectual pride and humbleness of illiteracy –  into a single line. 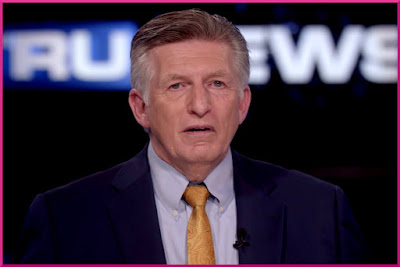 
Yet, we find that some religious leaders are shouting from the rooftops how God's severe punishment is befalling the sinners of particular infractions. They are, as if, enjoying their hurtful pontification.

When people are suffering so badly, when they are in anxiety, and unsure of their future earnings, this type of religious judgment and condemnation is not only pathetic but also shameful. Now is the time when suffering and anxiety-filled populace needs words of comfort, encouragement, and God's love and mercy all the more.

It is easy to pontificate being in a comfortable and pompous position, but difficult in being in the real, hard, and suffering world. Religious leaders usually are well-trained and well-read in the teachings and practices of their religions. They easily understand and realize what is right and wrong, what verbalizations and actions go against the teachings of God. How many of the COVID-19 virus sufferers have the capacity for understanding and realizing the rightfulness or wrongfulness of their actions?

If God really punished people for their serious sins, he would do it all the time in world history. According to the Old Testament of the Bible, Adam and Eve are the first man and woman created by God the almighty. Through the disobedience of God's command, they committed the first sin of mankind and were banished to the world from the blissful Garden of Eden. Their sin is called the Original Sin or Ancestral Sin, which gave rise to other sins of mankind.

If God really took retribution for serious sins through natural disasters (cyclones, hurricanes, volcanoes, thunderstorms, famines, plagues, and pestilences, and man-made disasters like ethnic cleansings, murders, persecutions, revolts, wars, abductions and rapes of women, mafia and gang violence and human traffickings, usurpation of lands and properties, fornications, adulteries, and homosexualities), the world would really be depopulated by this time. The Bible speaks of God's punishment for human sins. According to the Bible description, the creation of the first human beings (Adam and Eve) occurred about five to ten thousand years ago. But in the real world, we find the existence of human beings (through skeletons and other artifacts) in different parts of the world as old as 100,000 to 300,000 years old. So, there were human beings even before Adam and Eve. Why didn't God punish the pre-Adamite peoples for their sins? Were the pre-Adamites sinless peoples?

Later in history, especially in the Middle Ages, we see how the Catholic Church and a number of its clergy in Europe and some colonies committed persecution of and injustice against apostates and heretics — including people of other Christian denominations and religions, 'witches,' and others who did not follow Catholic Church teachings. What about the Hundred Years' War (1337-1453) and the Thirty Years' War (1618-1648) in Europe, the First World War (1914-1918), and the Second World War (1939-1945)? How cruel and barbarously evil methods were used in persecuting, killing and maiming of thousands and millions of people? People of other religions also had their own types of sins and injustices. Where was God in those evil times? Why didn't God chastise or punish them?

We see in the first several hundred years of its existence, married clergy were allowed in the Catholic Church. A good number of these priests, bishops, cardinals, and popes had engaged in adulteries, child sex abuses, rapes, illegally giving away church funds and properties to their children and concubines. To redress this situation, the celibate (unmarried) priesthood was introduced for unhindered and fulltime devotion and service to the Lord Jesus and his Church. That change also could not do away the normal human weaknesses and sins of the celibate priests and bishops. This has been well-proven in the last four decades when a good portion of the Catholic clergy (priests, bishops, and cardinals) were engaged in child sex abuses, bisexuality, homosexuality, heterosexuality (sexing with women or nuns, and, in a good number of cases, siring children and secretly paying church funds for their upkeep), misuse or embezzlement of church funds, and so and so forth. The cover-ups of these crimes and sins by their superiors were tantamount to participation in others' sins.  Why didn't God punish these clergy sinners en masse?

Jesus Christ, who is believed by Christians, to be the second person of the blessed Trinity of God, himself said that sickness is not a punishment from God. We read in the Gospel of John 9:1-3: Now as Jesus was passing by, he saw a man blind from birth, and his disciples asked him, "Rabbi, who sinned, this man or his parents, that he was born blind?" Jesus answered, "Neither this man nor his parents sinned, but this happened so that the works of God would be displayed in him."

For further in-depth references, readers may please refer to the follwing link: