This community in Madhya Pradesh celebrates the birth of a girl child, but for prostitution

Alexander the Great reportedly observed to Selucas, commander-in-chief of his great army: "True Selucas, India is a strange country." He said this looking at the strange contradictions India had, notwithstanding its wonderful varieties which prompted Nobel Laureate Rabindranath Tagore say "Variety is the spice of life". To enjoy variety, the poet changed his residence according to season and his liking, from Kolkata to the house boat on the Padma river in Bangladesh, to Mongpu in Darjeeling District and to many other places, including his overseas sojourn.  Coming back to the observation of Alexander the Great, who died at 33 years, the same age as Jesus Christ, what wonderstruck him was the great contradictions of India, which then was much larger in size than it is today. His remarks are really providential as we can see  from the Indiatoday report reproduced below.  It will prove that India indeed is a nation of great paradox.  While Gender Equality and stoppage of violence on women and children are the buzzwords of social leaders and NGOs, this story will reveal that much more needs to be done than merely looking at the male:female ratio.

Incidentally, World Vision India, which is a Christian humanitarian organization, works with children, families, and their communities to reach their full potential by tackling the causes of poverty, injustice and gender inequality. World Vision’s work in gender and development focuses on relationships among men and women, boys and girls in the context of their families and communities and shares Christian ideas of reconciliation and justice. It has evinced a keen interest to work with Churches, but for some strange reasons the Catholic Church's response has been lukewarm.  Isaac Gomes, Asso. Editor, Church Citizens' Voice.

While female foeticide due to preference for boys is an issue that is plaguing India, there is a community in Madhya Pradesh that actually celebrates the birth of a girl child, albeit for not so positive reason.

Members of Banchhada community, who operate family-based prostitution for livelihood, consider the birth of a girl auspicious as it means another breadwinner for the family.

For the community, which is mainly settled in Ratlam, Mandsaur and Neemuch districts of Madhya Pradesh, prostitution is a way of life, passed down generations and young girls are groomed to become prostitutes, as male members mostly live off their earnings.

"This belt–Ratlam, Mandsaur and Neemuch–although notorious for opium cultivation, is also known for Banchhada community, in which prostitution has been given a societal approval," Akash Chouhan, coordinator of Nai Abha Samajik Chetna Samiti, an NGO that works for the uplift of this community, told PTI.

Women in this community are respected as khilawadis (one who plays) and their position is often more powerful than that of the male members.

"As the members of the community are dependent on the women of the family for livelihood, they always celebrate the birth of a girl child with pomp, unlike others. For earning their bread, the male members allow their women to indulge in prostitution, although it is illegal in the eyes of law," he added.

As soon as girls in the community attain puberty, at the age of 13 or 14, their parents introduce them to prostitution.

No male members of the community, however, can sleep with a Khilawadi and a breach of the code can lead to severe punishment by the panchayat. 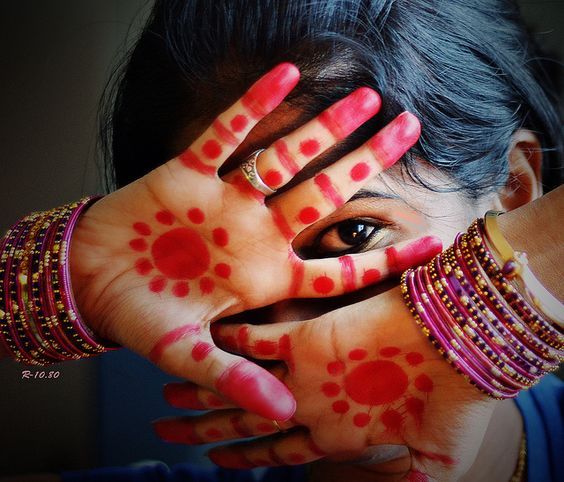 Citing a census report, Chouhan said, "The total population of Banchhada community, which is spread over 75 villages in the three districts, is about 23,000, of which at least 65 per cent are women."

A survey conducted by the Madhya Pradesh Women Empowerment Department in 2015 in 38 villages in Mandsaur, showed that their population in the district was 3,435, with 2,243 women and 1,192 men. "It means as compared to men, the population of women is almost the double," Chouhan said.

A similar exercise conducted in 2012 in Neemuchs, 24 Banchhada-dominated villages also showed that the number of women is more than the men–3,595 women and 2,770 men.

"All this shows that they give importance to women, but for the wrong reasons," Chouhan said.

Prostitution has led to the menace of human trafficking in the community.

In order to improve the financial condition of the family, Banchhada members buy girls from different parts of the state or country.

"They indulge in human trafficking by purchasing newborn girls from different areas. Once the girls grow up, they are pushed into prostitution," Chouhan said.

Lawyer Amit Sharma, who is also an RTI activist, said, "This is a serious issue as the rise in the number of women in the community is mainly because they purchase girls from different parts of the state."

He said that during a raid in Neemuch district in July 2014, a six-year-old girl was found in the house of a Banchhada family.

"The woman of the family later revealed that they had purchased the girl in 2009 from Nagda (In Ujjain district) and the deal was sealed on Rs 500 stamp paper," he said.

The woman was later booked for human trafficking and arrested, Sharma added.

"The entire process of purchasing and selling a girl in Banchhada community is done in a very organised manner, with the help of middlemen. Unfortunately, the community looks at it as an investment," he said.

He claimed that the members of the family, who purchase the girls, do not take proper care of them. "They think they have bought the girl by paying money, which is generally in the range of Rs 2000 to Rs 10,000," he said.

Police say that although measures were being taken by them to curb prostitution and human trafficking in the community, social awareness was required to eliminate these malpractices.

"All the steps that police take on the issue prove insufficient as, in order to end these evils from the community, there is a need for awareness," Neemuch District Superintendent of Police (SP), T. K. Vidyarthi, said.

"We have initiated steps in this direction by conducting a survey of the community and ensuring that their children go to school. They have started getting jobs and our officials also take their classes, especially of the educated kids, to prepare them for competitive exams," Vidyarthi added.

(With inputs from PTI)