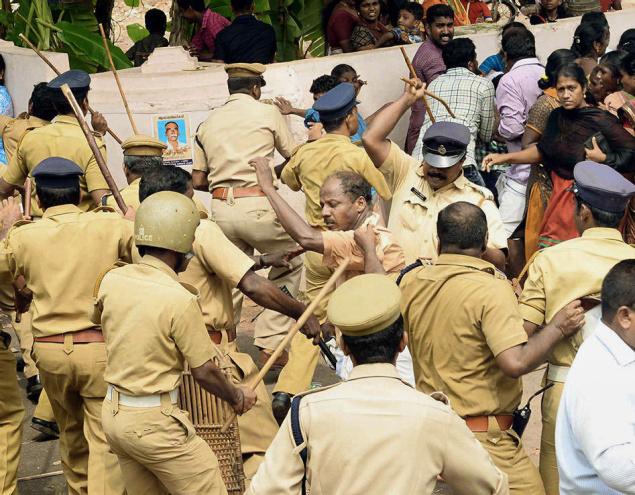 (Note: Justice Katju  is the erudite Former Chairman, Press Council of India and he  wrote the following in his face book on Jan.7th which is controversial as he is and it is receiving hundreds of responses for and against, from prophets of hope and despair. To draw inspiration from those  those educative reflections visit his Facebook: https://www.facebook.com/justicekatju. Dr James Kottoor)


Even if this shocks some people, I can accurately predict that a second emergency, like that we witnessed during 1975-1977, is coming in India, may be in about one year's time, in which democracy, freedom of speech and of the press, and civil liberties will all be totally suppressed. Consider the facts logically

1. This government came to power on high expectations with the slogan of ' vikaas ' or development. This meant, or at least was perceived as, millions of jobs for the youth, industrial growth benefiting businessmen and others, and general prosperity for the public.

2. We are now 7 months since the new government came to power, but one can see no traces of vikaas ( see my articles ' The Shape of Things to come ', ' Vikas ', 'Healthcare in India', ' Malnutrition in India ', 'Unemployment in India;, ' The Trickle Down Theory ', etc on facebook and my blog justicekatju.blogspot.in ), but only stunts like Swatchata Abhiyaan, Ghar wapasi, Good Governance day, etc. In these articles I have demonstrated that under the economic policies being pursued by this government there is bound to be further economic recession and further unemployment, malnutrition, farmers' suicides and poverty, though a handful of big businessmen may benefit.

3. Consequently this government will become increasingly unpopular day by day, as people, especially the youth, get disillusioned and realize that they were befooled and taken for a ride by our superman who promised a paradise and Shangri-La in India with his accession to power, but have left people in the lurch. Presently no doubt the BJP is winning state elections, but that is because the Congress party has given a walk over by persisting in retaining a discredited Sonia and Rahul Gandhi as its leaders, not because the BJP has fulfilled its electoral promises.

4. This disillusionment and disenchantment, coupled with the terrible economic hardships and distress the Indian people are facing, with rising prices, rising unemployment, widespread malnutrition, farmers suicides, etc, is bound to lead to widespread popular agitations, disturbances, and turbulence all over the country

5. To deal with these, harsh measures will be employed by the Government, in other words, some kind of Emergency which we witnessed from 1975-1977, will be imposed in the country, in which all civil liberties, freedom of speech and of the press, and all vestiges of democracy will be suppressed.