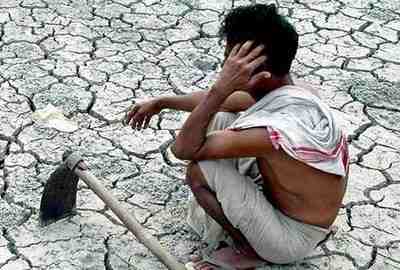 Bhopal: (UCAN) A group of Church experts in India has begun attempts to bring together farmers aiming to help them face the worsening agrarian crisis in the country, which forces some even to commit suicide.

Some 250 delegates from India and abroad took part in the Feb 4-5 event organized by the Jesuit-run Xavier Institute of Development Action and Studies (XIDAS) in Jabalpur district of central Madhya Pradesh state.

India's village economy is "not in a good shape" and only "an integrated rural development" can help agrarian crisis resulted by onslaught of weather changes and other seasonal diseases affecting the farms, said XIDAS director Father Alfred Toppo.

He said his organization is "aiming to bring together all stakeholders for a better rural economy where everyone including the farmers and the whole nation would benefit,” Father Toppo told ucanews.com.

According to the data by the National Crime Records Bureau of India, 5,650 farmers committed suicide in the country in 2014, with Maharashtra leading the list.

O P Rawat, a former administrative services officer, told ucanews.com that failure of crops is not the only reason for farmers’ suicide. There are also cultural and socio-economic reasons behind it.

“We need to bring total behavioral changes in the field to mitigate the agrarian crisis through prolonged education,” he said.

UK-based Felix Padel, who fights tribal displacement insisted on preserving the tribal and village-community rights and maintaining the natural ecosystem undisturbed from industrialization.

Jayant Kumar, head of program at Church’s Auxiliary for Social Action at New Delhi, noted that the continuous neglect of the rural population has led to farmer suicides and increasing migration of rural people to cities for job opportunities.

According to him, the successive Indian governments failed to provide proper education, health facilities and other infrastructure for the rural population that lead to their backwardness and called for more integrated policies to enhance their living condition through rural development.

The rural areas also face challenges like superstitions, wage disparity, language problems as rural folks mostly use their local dialect to communicate among other reasons that made them poor and stricken with multiple problems like poverty, diseases and malnutrition.

The delegates also shared their experiences and stressed the need for a integrated rural development program bringing all the stake holders and the farmers together to work for a brighter future for rural population in the country.