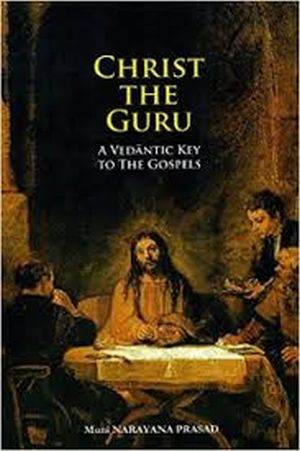 Advaita in Sanskrit means non-duality. It means the identity of the individual self (Atman) with the Absolute or the Supreme Reality (Brahman). As someone who ardently studies Christ in the Gospels and Advaita from the Upanishads and the Bhagavad Gita, (the key concepts of Advaita come from the Prasthanatrayi: the Upanishads, the Bhagavad Gita, and the Brahma Sutras) it became clear to me that perhaps Christ historically represented the best example of Advaida. The Hindu thinkers, reformers, and spiritual writers did not have any problem with Christ. They were against the very corrupt and distorted Christianity represented by colonial powers and colonial missionaries who essentially stood for a triumphant, exclusivist, racist, apartheid, and privileged Christianity. In India that Christianity had caste connotations, and looked for guidance mostly from the West. It was mostly a westernized or west-guided Christianity. It needs to be said there were exceptional Christian missionaries who spread the un-adulterated teachings of Christ. Nevertheless the identification of European culture with Christianity did tremendous harm to the true Christian message.

As I was reciting Brahmanandam Parama Sukhadam aloud the other day, I became specially aware of its emphasis on beyond-non-duality (dwantateetam) and tatwamasyadilakshyam (the goal of ‘That Thou Art’). Brahmanandam together with Nirvana Shatakam expresses most powerfully, in my opinion, the quintessence of non-duality.

As I look at the Christian Scriptures, Christ gave two commandments – 1. Loving God with all one’s heart, soul, and mind, and 2. Loving one’s neighbor as oneself – as containing the whole of Law and the Prophets (Matthew 22: 37-40). Christ systematically builds the Kingdom of God by emphasizing the Unity of Humanity through the Golden Rule : “Do to others what you like others to do to you” (Luke 7: 12). Interestingly this rule also sums up the whole of the Law and the Prophets. He does not want anybody on earth to be called master, teacher, or father as only God our Father is worthy of all those titles (Matthew 22: 8-10). In his all-important last discourse (John 13-17) he calls God Father, all humans brothers, sisters, and friends. He calls all humanity including himself as sons and daughters of God. He identifies himself with God. As brothers and sisters of Christ, we also get identified with God. If we follow his teachings, he assured us that we will even be able to do greater woks than he did. He also exhorts us to be perfect his heavenly Father is.

Certainly this is not a systematic exposition. But there are unmistakable elements in Christian Scriptures that identify us with Christ or God. Our identifying ourselves with Christ leads to our identification with God. While non-duality is not given the importance it deserves in Christian Scriptures, Christians will not be wrong in thinking of Christ fulfilling the Hindu-concept of (Advaita) non-duality in creation. In all these theological speculations what matters most is the prime law of love and tolerance that will see us through and lead us to the Ultimate.