Choice of religion or partner is granted by constitution! 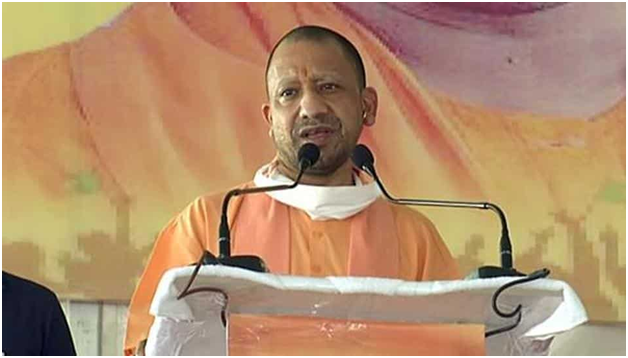 In the backdrop of  the present political climate  in India,  certain type of relationship — between Muslim men and Hindu women — is stigmatised and now made legally difficult. So  the ability to exercise autonomy and be truthful about it is even more ardous.

Please  read our earlier posts  and  repeated comments on the “so-called Love Jihad”  to see how unreasonable, illogical and absurd it is!  James kottoor editor ccv.

Please read below a report in Hindustan Times.

With Uttar Pradesh leading the way, a set of states now plan to pass laws to end what they call “love jihad”, a term which lacks any real definition and is beyond comprehension. This will make it a non-bailable, cognisable offence.

Apart from the fact that it has no basis in law, the practical implication of this is that the constable on the street will have the power to arrest someone considered guilty of this “crime” without seeking the court’s permission. This proposed law is wrong on many counts.

First, the Constitution enshrines secularism. This means India is not anti-religion, pro-religion or irreligious. Despite this, several states have had anti-conversion laws for a long time, including Odisha, Arunachal Pradesh, Gujarat, Himachal Pradesh and Jharkhand. However, these laws made it illegal to use force to convert a person. The so-called love jihad law plans to outlaw religious conversion which may take place for marriage purposes. This interferes with personal liberty.

Second, based on Articles 25 to 28, an Indian citizen is guaranteed the freedom to practise any religion of his or her choice. The “love jihad” law curtails this freedom. The State wants to intervene not only in the citizens’ private relationship with God, but also in the choice of their spouse. In addition, the proposed law does not account for agnostics.

Third, the Supreme Court in Shafin Jahan v Ashok KM (2018), after setting aside the annulment of the marriage of a Muslim convert from Kerala, Hadiya (Akhila Ashokan) and Shafin Jahan, a Muslim man, upheld the right to marry a person of one’s choice as a part of Article 21.

The Court said, “Matters of dress and of food, of ideas and ideologies, of love and partnership, are within the central aspects of identity. The law may regulate (subject to constitutional compliance) the conditions of a valid marriage, as it may regulate the situations in which a marital tie can be ended or annulled…Matters of belief and faith, including whether to believe, are at the core of constitutional liberty.

This right cannot be taken away, except through a law which is substantively and procedurally fair, just and reasonable. Intrinsic to the liberty which the Constitution guarantees as a fundamental right is the ability of each individual to make decisions on matters central to the pursuit of happiness.” Therefore, the proposed law violates the right to life under Article 21.

In defence of the right of women to choose

Fourth, in SC’s K.S. Puttaswamy v UOI (2017) judgment, it read the “right of choice of a family life” as a fundamental right. The regressive law limits the choice of a prospective spouse such that this spouse would only be one approved by the State.

Fifth, the Allahabad High Court, on November 11, in the case of Salamat Ansari v Uttar Pradesh (2020), held that the choice of a partner is the exclusive domain of the individual. It also distinguished itself from the Noor Jahan Begum case (2014) by suggesting that this earlier case did not deal with the “liberty of two matured individuals in choosing a partner or their right to freedom of choice as to with whom they would like to live”.

There is a robust legal framework which guarantees an individual the freedom to worship a God of his or her own choice and marry based on love.

UP’s move is illegal for it will deny a citizen his or her choice in a deeply personal domain which is protected by the Constitution. (KTS Tulsi is a senior advocate and Member of Parliament, Rajya Sabha and Tanessa Puri is associate at the Chambers of KTS Tulsi, The views expressed are personal).