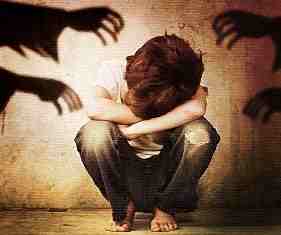 Panaji: A couple of cases pertaining to sexual abuse of children within the Catholic Church have been identified in India after the Vatican approved four month ago the guidelines submitted by the Indian bishops to curb such crimes in the country.

Bishop Udumala Bala of Warangal, who was involved in forwarding a paper including these guidelines to the Vatican after the headquarters of the Catholic Church asked all countries to come out with such guidelines, on Monday said that a couple of such cases in the country have been exposed during last four months, and priests allegedly found to be involved were asked to proceed on ‘vacation’.

“As per the guidelines, the civil authorities (police) have also been informed,” he added, observing, “In child abuse, we follow the principle of zero tolerance, and no forgiveness.”

Last year, Pope Francis had approved a Vatican department to judge bishops accused of covering up or not preventing sexual abuse of minors, thus meeting a key demand by victim groups.

The national president of the Conference of Diocesan Priests of India Fr Philomin Doss said the accused in such crimes will now have to prove their innocence, Goa com reported.

“The onus to prove their innocence is now upon the accused priests, and if they are unable to do so, they would be dismissed from their priesthood,” he noted, while admitting that although cases of child sex abuse are not rampant among Catholic priests in India as appears to be the case abroad, the country is not totally free from this global menace.