CBI’s Uncivil War: Factional feud has got out of hand and governance cuts a sorry figure – Voting public, wake up to save democracy 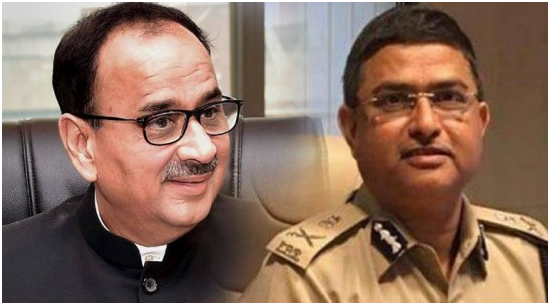 Note: The Central Bureau of Investigation (CBI) has always been known as the “Caged bird” of the Government irrespective of the party that rules at the Centre. Under Modi the situation has not improved, just the contrary.

Recall the advice a person like Vajpai himself had to give his protege  exhorting him to do Rajdharma, while he was CM of Gujarat. Did Modi take his advice? Besides Rakesh  Asthana is closely connected to both Amit Shah and PM from his Gujarat association.

Added to all this why this midnight operation which sounds fishy, a crisis management with lack of proper thought as it happened during the demonetization case also. Open fight in the  CBI is like revolt in the army, something that never happened before.

Who will guard the guards themselves – the PM the supreme guard, the CBI under him in open revolt and opposition which is totally disunited.The last resort is the voting public. They have to wake up and act realizing, government is their business. james kottoor, editor ccv.

Read the Times of India editorial below!

If failures in high profile cases and branding as a “caged parrot” weren’t enough humiliation for India’s premier investigation agency, comes the fight to the finish between CBI director Alok Verma and special director Rakesh Asthana.

The two top honchos at CBI have been at loggerheads for nearly a year and the trading of charges by both sides has culminated in the agency lodging a regular case against Asthana. The episode reveals a dangerous drift in institutional integrity and paints a sorry picture of the NDA government’s promise to improve governance and curb corruption.

Verma is retiring in a few months and Asthana, a Gujarat cadre IPS officer thought to be close to Prime Minister Narendra Modi and BJP president Amit Shah, is reportedly in contention for the top job. With both sides accusing the other of bribery in the same case, CBI is caught in the crossfire with nowhere to hide. The Centre and Central Vigilance Commission (CVC) have statutory powers in CBI administration and were aware of the brewing crisis as early as August. The CVC Act mandates CVC with supervising CBI in corruption cases, consulting CBI director in appointing and terminating officers, and empowers Centre with acting on CVC recommendations. Despite this clear mandate, both CVC and Centre were caught napping.

The Verma-Asthana dispute had its genesis in Verma opposing Asthana’s appointment as special director but the CVC selection committee brushed aside those objections. Asthana helmed several politically sensitive cases but as the standoff with Verma worsened he was divested of these cases. A boss and his deputy in constant strife speaks volumes about organisational discipline. The disarray has given a handle to government critics like Rahul Gandhi who has termed CBI as an “institution in terminal decline”. However, this is not the first time that top officers are bringing the agency to disrepute.

Then CBI director Ranjit Sinha was removed from the 2G case 12 days before retirement and another retired director A.P. Singh resigned as UPSC member, amid a cloud over their alleged ties to persons being probed by the agency. CBI’s failures in such high profile cases as 2G and Aarushi, the flight of Vijay Mallya, and its lack of headway in cases of political corruption demanded course correction, not factionalism. The Centre must act quickly and decisively to end CBI’s prevailing drift.