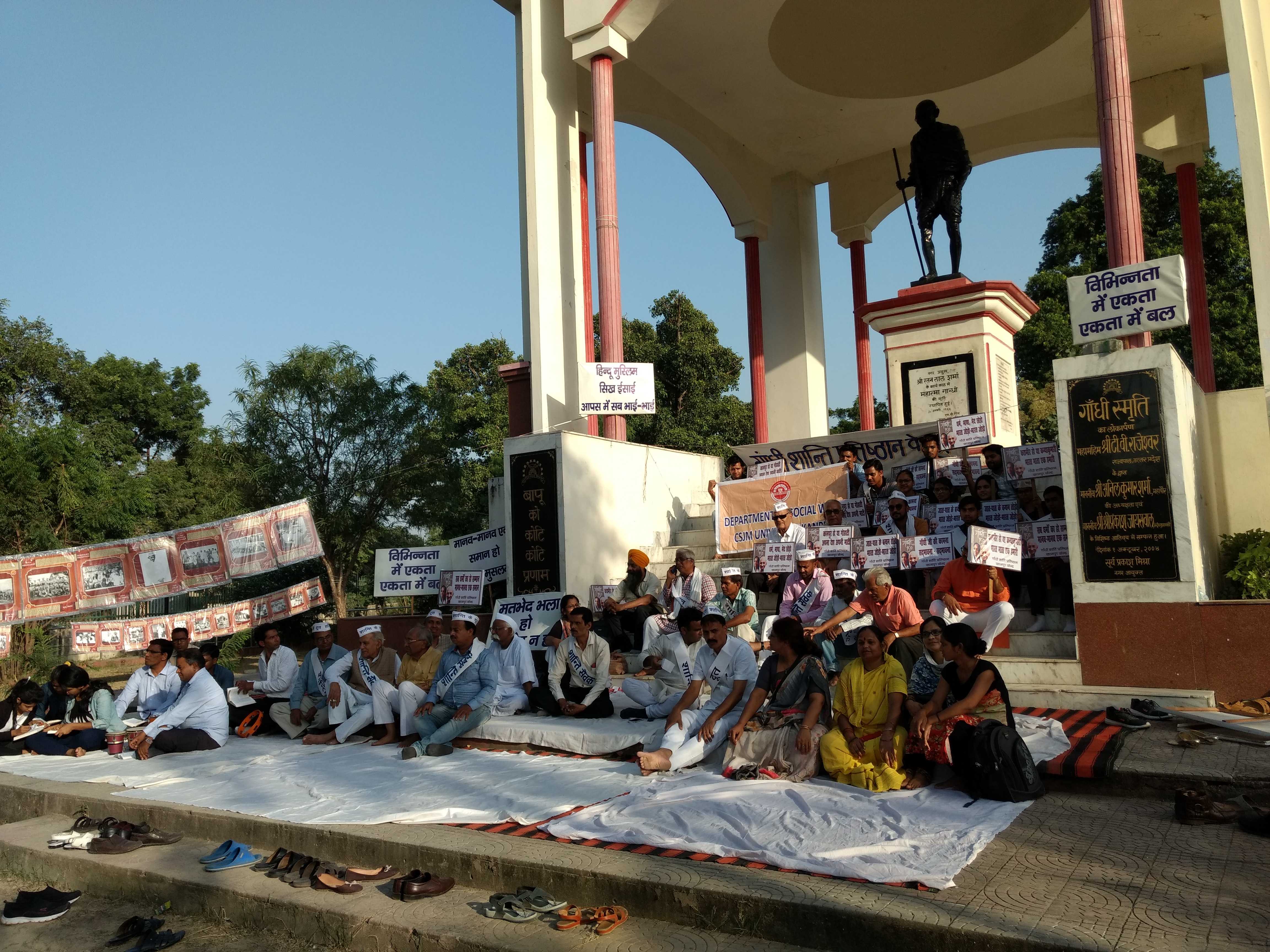 KANPUR: The Catholics of Kanpur joined a large number of Gandhians, social and civic activists in a commemoration of Mahatma Gandhi on the eve of his sesquicentennial (150th) birth anniversary on 1st October.

The commemoration was held at Gandhiji’s statue at the central Phoolbagh, organised by the Gandhi Peace Foundation (GSP), Kanpur unit. A Peace Rally had originally been planned, but the district administration did not grant permission for the same, at which the GSP President, Sri Deepak Malviya, and other participants, expressed great anguish. Noted litterateur and Gandhian scholar, Padmasri Dr Giriraj Kishore warned against the pedestallisation of Gandhiji. As a young man he recalled having seen the Mahatma in his hometown of Muzzaffarnagar in 1947. When the people stopped the bus in which Gandhiji was travelling, in order to have his “darshan”, he reprimanded them saying that they should forget Gandhi, and each one should oneself become a Mahatma Gandhi; so different from the cultic leaders of today who revel in seeing their own massive cut outs.

chhotebhai, the President of the Kanpur Catholic Association (KCA), and a core committee member of the GSP, said that they had planned several programmes for the year, as one should not lose this golden opportunity to remember and follow the ideals of the Mahatma. He said that in  a recent interview on NDTV noted historian Prof Ramachandra Guha had opined that today, more than anything else, we should emphasise Gandhiji’s importance to communal harmony, and support for the weaker or oppressed sections of society; be they dalits, adivasis or anyone discriminated against on the grounds of religion, language, food habits, ideology etc.

Ironically, it is worth noting that the Govt of India has conveniently diverted the attention of the nation from Gandhiji’s emphasis on communal harmony to that of a cleanliness drive; declaring the day as a Swacch Bharat Divas.

Rev Thomas Kumar of St Patrick’s Church led the church choir in singing hymns for promoting peace and goodwill. He was assisted by Rev D Soosaidas, Praveen Dungdung, Joseph Lal and Emmanuel Premchand of the KCA.