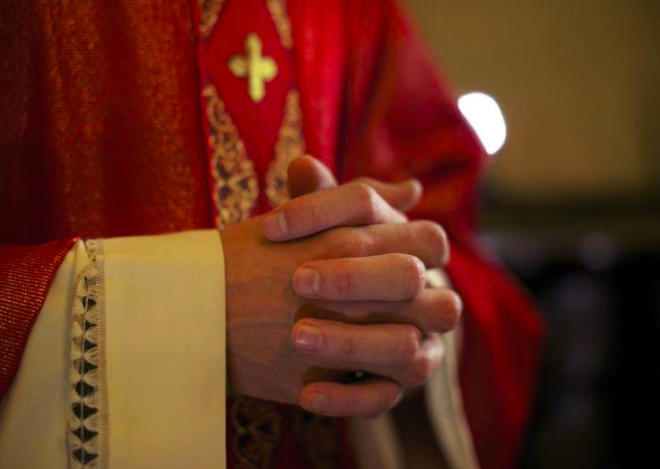 What's needed is a massive overhaul so that Catholic communities can be run by trained lay people rather than be ruled by incompetent and sometimes criminal bishops.

Note: Pastoral Emergency, that is, solutions from outside-the-box, not the usual pious platitudes, is the need of the hour for Catholics today,  writes Mary Hunt in this article. She asks: Who will lead  or “rule” the so-called “Catholic” Communities  caught in emergency situations all over the world? Baisically, this writer, agrees, to the substance of her question, except to two key words, ‘rule’ and ‘Catholic’

Why?, The Catholic communities we have today are all Ghetto Communities, not Universal. Jesus came to serve, not to rule. The community he wanted to serve was, the whole world, more precisely, the whole of humanity, “irrespective of manifold conflicting divisions.

What are these divisions? They are: believers, unbelievers, agnostics, sworn atheists, rebels against all organized religion, ignorant, sick, marginalized, prodigals, in short, ‘Le miserabile’, the Poveri Yahweh or Cattle Class” par excellence in CCV terminology, the little flock, the  MIGHTY BIT but powerful like the Atom bomb, which does not bow its head to any ‘insolent might’ but works silently and hidden, like the yeast in the dough and salt of the earth, slowly  but productively.

These Catholic communities in India, Kerala, Kadapa and elsewhere need help on a massive scale,  as the victims of Idukki flood victims needed and still needs. Leaders in the Church — priests and Bishops — have been, not only found wanting, but failed us totally, miserably, repeatedly. So just banish the present guards and leaders and entrust leadership to laity of women and men united in action, since one without the other is only a piece of humanity incomplete, is what the writer suggests and rightly.

For this she suggests many concrete actions to be taken One top priority is to: Stop giving money to parishes, because, it is better to invite financial bankruptcy than moral bankruptcy of the whole community. The dirty stinking mess of  Augean stables we are in, is the making of priests and bishops, let them clean it up. After defecation you don’t get some one else to clean up your bottom. instead of listening to their preaching to the laity to do it for them, stop giving the keys to the sheep shed, again to wolves in sheep’s clothing.

Entrust the keys to Viri probati, to upright laity, women and men of character and commitment to truth and service. Are the laity listening? Draw lessons from the story of the Vineyard’s master  in the Bible. Jesus threw these thieves and murderers in the Bible i

nto prison, the place they rightly deserve. Parables are for practice in our daily lives, not for pastors to preach to enforce menial service for them.  james kottoor, editor  ccv.

Catholics have a term for our current situation: in extremis. It means far out, near the end. For example, if an unbaptized baby is in danger of death and there is no priest to baptize, anyone can perform a valid and licit baptism.

For all of the well-catalogued reasons of priest pedophilia, abuse of vulnerable adults, bishops covering up crimes, and now the ex-nuncio’s screed depicting dueling factions of higher-ups, the institutional church is in extremis. Extraordinary means are necessary not to save the institution but to give people their pastoral due. This is a Catholic Pastoral Emergency.

None of the however-well-meaning statements from church authorities has provided concrete, useful, outside-the-box solutions for Catholics who are grappling with the depth and breadth of clergy criminal behavior, its cover-up, and the morally tawdry crowd that’s airing their dirty vestments in public. While it will take years to absorb the depravity and deception, people have concrete pastoral needs today.

The primary concern ought to be for the victim/survivors and their families. It’s disconcerting to hear bishops continue to tell people to report crimes to church officials. If a child is abused, it’s a crime: report it to the police just as you would report any rape or robbery. Eventually, the institutional church may be involved, but it has proved itself incapable of handling such cases; the chances of being re-victimized are high and there’s no reason to put people at further risk.

Similar concern is for people in parishes whose priests and bishops were offenders. These folks have had their sense of church community shattered, their faith shaken. They’re questioning their deepest commitments and trying to figure their way forward. Again, Catholic priests are the last ones to consult. Catholic clergy have lost credibility. Insider arguments and jockeying for position have left even the most pious of Catholics disgusted. The priests’ training for and habits of handling sexual abuse are simply not up to the needs of their people. The pastoral problems are here and now. It will take resources from outside the Catholic Church to deal with them.

As ugly as it is, the Pennsylvania report points to the other 49 states where similar investigations will doubtless reveal similar staggering stories. As Kathleen Holscher noted recently here on RD, many priests reassigned from Pennsylvania were sent to a treatment center for sexual abusers in New Mexico and later assigned to parishes, hospitals, and other institutions in that locale. The mind boggles at the extent of the abuse pandemic and bishops’ chess moves. To expect priests who have lived under the current way of doing things to have anything helpful to preach or teach about it is naïve. Without serious remedial courses on administration, public safety, duty to warn, and other fundamentals none of today’s Catholic clergy could get licensed in basic social work, counseling, or management.

While Catholics are 20% of the U.S. population, the 51 million adults amounts to roughly 3 million fewer than in 2007. The percentage of Catholics who attend weekly mass dropped by 6% from 2014 to 2017 with current figures well under 40%. Is it any wonder? And that was the state of things before the recent spate of cases.

Still, people’s babies get sick and their mothers die. They want to get married or receive the Sacrament of the Sick. They might just want to share in the Eucharist and try to build community with their neighbors who are similarly shell-shocked by the reports of clergy crimes. These are their rights as Catholics and those rights are now abridged by the institution itself.

What’s needed is a massive theological and structural overhaul so that Catholic communities can be run by competent committees of well-trained lay people rather than be ruled by incompetent, and in some cases, criminal bishops. That will take time. In the meantime, I suggest four concrete next steps with many more to follow:

I repeat: what’s needed is a massive theological and structural overhaul so that Catholic communities can be run by competent committees of well-trained lay people. We’re ready and willing as long as part of the deal is to do away with the clergy/lay divide for good. We will not clean up a mess that’s not of our making. Nor will we enable the people who created it to tinker while children pay the price.

This pastoral emergency signals the end of an era and the beginning of a new way of being Catholic. Ordination, clerical privilege, and episcopal rule are out. Competence, accountability, and broad participation are in.