Isaac Gomes, Asso. Editor, Church Citizens' Voice, tries to explore how the Indian Church can actively combat the curse of hunger through effective database management and use of its resources.

Readers will recall a report captioned “Alarm as India skids on Global Hunger List” in the Telegraph Calcutta dated 13 October 2017. It showed that Global Hunger Index 2017 released by the International Food Policy Research Institute (IFPRI) ranked India 100 among 119 countries. The GHI, now in its 12th year, ranks countries based data available on four key indicators: undernourishment, child mortality (the percentage of children who die before the age of five), child wasting (low weight for height), and child stunting (low height for age). The ranking 100 which indicates the existence of chronic hunger among certain segments of the population, places India in the “serious” category – the third worst hunger score in Asia, with only Afghanistan and Pakistan ranked worse.  52 of the 119 countries assessed this year have hunger levels rated with “serious”, “alarming” or “extremely alarming”.  But as per IFPRI, it is impossible to know exactly how severe hunger is in some of the world’s poorest countries that lack data to determine GHI scores.

"It is obvious that a high GDP rate alone is no guarantee of food and nutrition security for India's vast majority," said Nivedita Varshneya, India director for Weltehungerhilfe, a German humanitarian agency which collaborates with IFPRI in assessing hunger.

"Despite a massive scale-up of national nutrition-focused programmes, drought and structural deficiencies have left large numbers of poor in India at risk of malnourishment," Pramod Kumar Joshi, an agricultural economist and IFPRI South Asia director, said in a news release. Structural deficiencies imply that the government is allocating resources but programmes are poorly implemented.

Very strangely India has the second-highest population of children lacking access to nutrition, in spite of being the second largest producer of food.  As per IFPRI only 9.6 per cent of children between six and 23 months of age in India receive adequate diet. One-fifth of India's children under five is underweight; over a third are stunted.

Underweight, Stunting and Wasting (Please refer note below): These indicators are used to measure nutritional imbalance resulting in undernutrition. Child growth is internationally recognized as an important indicator of nutritional status and health in populations. 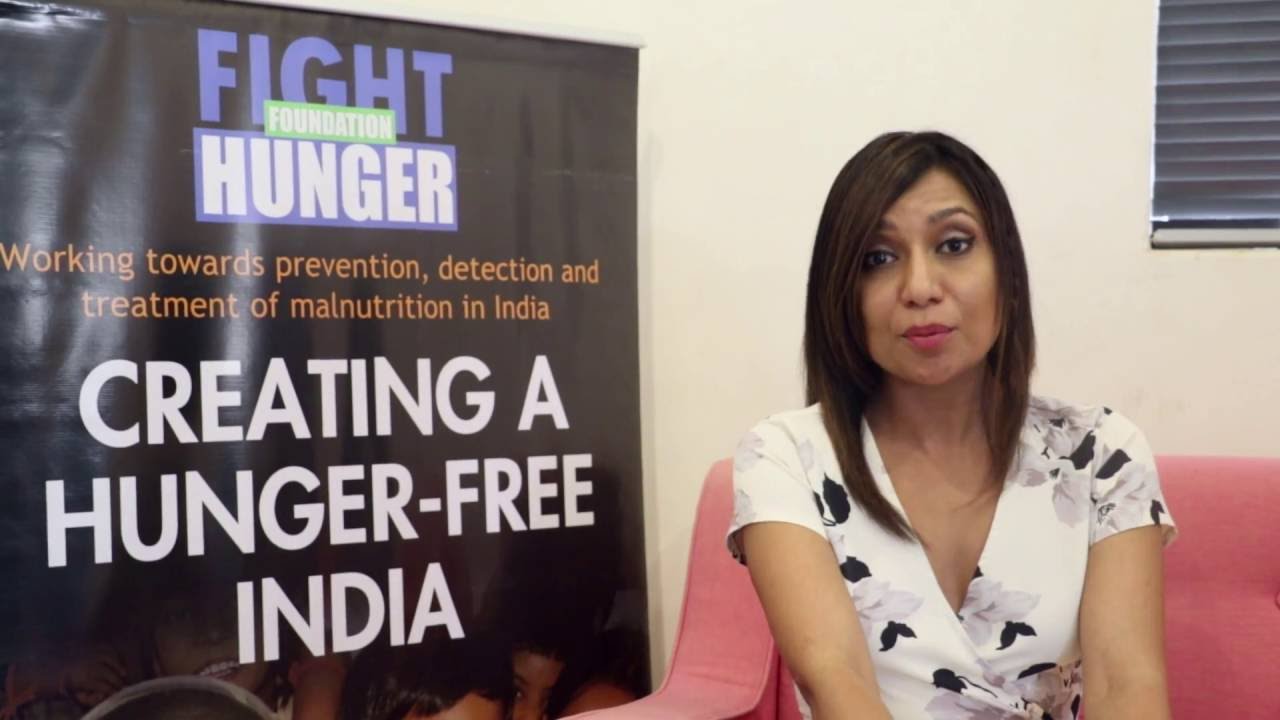 From the GHI report, it is evident that this alarming scenario is due to a lack of political will across all political dispensations, notwithstanding relevant legislations e.g. National Food Security Act, 2013 (also Right to Food Act) .  India’s “serious” Hunger Index is a clear case of contradiction considering there is no shortage of food in India. This therefore calls for immediate SURGICAL STRIKE at corruption which causes leakages in distribution to the needy.

ROLE OF THE INDIAN CHURCH

How can the Indian Church address the issue of Hunger?  Thanks to more than two years of persistent campaign by church-based and other voluntary organizations, with Fr Irudaya Jothi SJ and his team from Kolkata in the forefront, the National Food Security Act, 2013 which aims to provide subsidized food grains to approximately two thirds of India's 1.2 billion people, was passed.  West Bengal government has implemented the Food Security Act and launched a scheme to ensure food security to 77 million of its poor people, who are getting rice and wheat at two rupees a kilogram, at least one-tenth of the market price.

As per the Census report Christian population in India comprises 2.3% of the Indian population.  If the distribution of this 2.3% Christian population across the dioceses / parishes in the country is considered,  the number of the poor who are without any livelihood and therefore go hungry will be small.  The Indian Church can scientifically address the issue of livelihood and resultant hunger, if both the Catholic and Protestant Churches sit together on the lines of Ecumenical Meets for Unification.  Even though unification may be a fraught with technical knots, discussion between the two churches on how to combat poverty and hunger effectively can easily be held.  A very good impartial manner of handling these can be by creating a family-wise database in each parish, through a common Parish Administration Software Platform. From this database (to be updated at pre-determined frequencies), data on needy families will emanate. Jesus always showed compassion for the hungry masses who followed him and fed them.  How can the Indian Church show an attitude which is different from Jesus whom it preaches?

Ela Bhatt,  Indian cooperative organiser, activist and Gandhian, who founded the Self-Employed Women's Association of India in 1972, said during an interview on Dec 14, 2013 on NDTV, "First and foremost, we must recognize that poverty is violence.  It is violence perpetuated with the consent of society – a society that is silent or looks the other way in the face of poverty. It is giving consent to exploitation, injustice and war.  Poverty strips away a person’s dignity, humanity, it corrodes the human spirit.  There is no justification for poverty in India." Hunger comes only from proverty. They are two sides of the same coin.

In view of the above analogy, can Hunger be prioritised in the Archdiocesan/Diocesan/Parish Pastoral Plans, bearing in mind what Swami Vivekananda said, “First bread and then religion?” Japan considers Human Resource its single-most valuable asset. To emulate Japan or even Cuba which has the best basic health service in the world, single-minded priority needs to be given to Mother and Child Health, especially children in 0-5 year age-bracket, at each parish, under Health, Family and Women Commissions/Concerns.  For this expertise/collaboration may be sought from like-minded NGOs.

The Archdiocese of Calcutta held a Synod on the Archdiocesan Pastoral Plan on 12 Commissions/Concerns, in September 2017. It has not yet made the Resolution of the Synod public (reportedly it will be announced on 26 November).  The finalised Resolutions of the Synod will reportedly be sent to the Vatican and to the CBCI.  In view of the Synod, the Archdiocese of Calcutta has a golden opportunity to show the way to address Hunger in a systematic manner, including teaching the poor the art of fishing, to other dioceses of India, taking help from Fr Jothi and his team, for pilfer-proof implementation.

What do these indicators tell us?

These indicators are used to measure nutritional imbalance resulting in undernutrition (assessed from underweight, wasting and stunting) and overweight. Child growth is internationally recognized as an important indicator of nutritional status and health in populations.

The percentage of children with a low height for age (stunting) reflects the cumulative effects of undernutrition and infections since and even before birth. This measure can therefore be interpreted as an indication of poor environmental conditions or long-term restriction of a child's growth potential. The percentage of children who have low weight for age (underweight) can reflect 'wasting' (i.e. low weight for height), indicating acute weight loss, 'stunting', or both. Thus, 'underweight' is a composite indicator and may therefore be difficult to interpret.

Stunting, wasting and overweight in children under five years of age are included as primary outcome indicators in the core set of indicators for the Global Nutrition Monitoring Framework to monitor progress towards reaching Global Nutrition Targets 1, 4 and 6. These three indicators are also included in the WHO Global Reference List of 100 Core Health Indicators.

How are they defined?

·   Stunting: height for age < -2 SD of the WHO Child Growth Standards median

·   Wasting: weight for height < -2 SD of the WHO Child Growth Standards median

·   Overweight: weight for height > +2 SD of the WHO Child Growth Standards median

Underweight: As weight is easy to measure, this is the indicator for which most data have been collected in the past. Evidence has shown that the mortality risk of children who are even mildly underweight is increased, and severely underweight children are at even greater risk.

Stunting: Children who suffer from growth retardation as a result of poor diets or recurrent infections tend to be at greater risk for illness and death. Stunting is the result of long-term nutritional deprivation and often results in delayed mental development, poor school performance and reduced intellectual capacity. This in turn affects economic productivity at national level. Women of short stature are at greater risk for obstetric complications because of a smaller pelvis. Small women are at greater risk of delivering an infant with low birth weight, contributing to the intergenerational cycle of malnutrition, as infants of low birth weight or retarded intrauterine growth tend be smaller as adults.

Wasting: Wasting in children is a symptom of acute undernutrition, usually as a consequence of insufficient food intake or a high incidence of infectious diseases, especially diarrhoea. Wasting in turn impairs the functioning of the immune system and can lead to increased severity and duration of and susceptibility to infectious diseases and an increased risk for death.