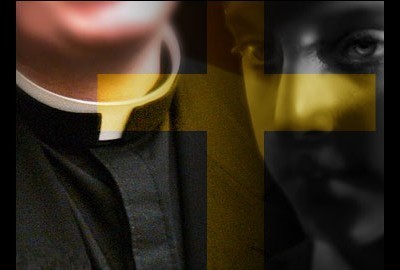 A Catholic priest from India was jailed after asking a 14-year-old boy to help him delete dozens of images of child pornography from his phone, authorities said.

When questioned by police, the Rev. Jose Palimattom said he had been reprimanded by his superiors in India for his involvement with a boy, authorities said.

When he came to the U.S., the pastor at Holy Name of Jesus Catholic Church in West Palm Beach told him he was not allowed to have contact with minors without another adult present, and was restricted from using Facebook, according to a police report.

Palimattom was in jail Tuesday on an obscenity charge.

The Diocese of Palm Beach said it had done a thorough background screening on Palimattom, but that no prior conduct was revealed.

"This allegation is being taken very seriously," the diocese said in a statement.

Dianne Laubert, a spokeswoman for the diocese, provided no immediate clarification as to why the priest claimed restrictions were placed on him. She said she was not aware of a lawyer being hired on Palimattom's behalf, and there was no mention of one in initial court filings.

The police report didn't give any further details about what happened in India or where Palimattom had been serving.

Police said the priest sent a Facebook message to the teen about needing help with his phone, and after Mass on Sunday, Palimattom gave the boy his phone, which had about 40 images of nude preteen boys and tags including "little boys" and "young boys 10-18 yoa," according to the probable cause affidavit filed by the Palm Beach County Sheriff's Office.

David Clohessy, executive director of the Survivors Network of those Abused by Priests, said he was skeptical of the diocese's claim that it was unaware of Palimattom's past.

"I know there's a widespread assumption that church officials don't quietly move predators anymore, but frankly that's not our experience," he said. "When you're caught doing wrong you can either stop doing it or work harder and smarter to conceal it. Many church officials are doing the latter."

The police documents said Palimattom told detectives he viewed the child pornography out of curiosity, but denied any molestation.

Hours after the priest showed his phone to the teen Sunday, he sent the boy a Facebook message, according to police.