Cartoonist’s arrest is  over – Reaction by Tamil Nadu 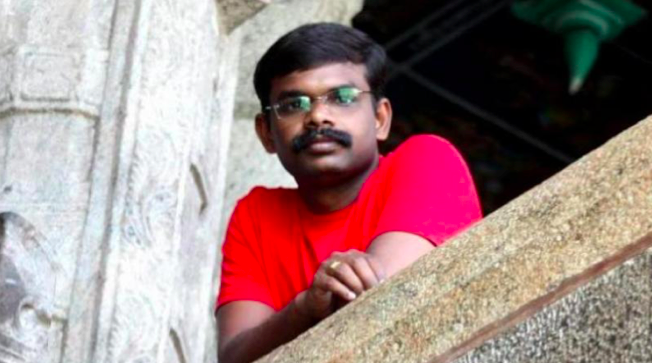 Tamil Nadu is no stranger to defamation cases against politicians and journalists.

(Note: The essence of cartoon is exaggeration, precisely to get noticed or provoke comment. Indira  Gandhi used to be portrayed with a

At the Kolkatta CBCI  meet  in the 1960ies Cardinal Piccachi, talking to me, (the then editor of New Leader, Chennai) in a crowd, was all praise for the weekly except for depicting bishops  fluttering in the sky like balloons and a layman on the ground shouting, “please Come  down” meaning to be down to earth and not airy in discussions.

Also I had to tell him, bishops have to get used to cartooning, not done in those days or even now, as they are no “sacred cows!” to every one’s laughter! Fact is even now people hesitate cartooning bishops. Piccachi was an open supporter of NL for it’s “high Catholic credentials” sending  a “dozen” complimentary subscriptions for Kolkotta.

In addition “ridendo corrigere” (correct by laughing at) being one of the functions of Jounalism, I had to tell the Cardinal who took it with a sportsman spirit not easily found among bishops even now. Therefore what  Cartoonist Balakrishnan deserves is not blame but praise. james kottoor, editor, ccv)

The cartoonist arrested for caricature Tamil Nadu’s chief minister and Tirunelveli’s district collector and police chief has been granted bail, and the case filed by the police and any defamation action by the state or individuals will take their legal course.

The cartoon that showed officials naked, with their private parts covered only by currency notes representing corruption, while a victim of usury lay dying in flames, was in poor taste and may have crossed the boundary of decent artistic expression. But the cartoonist’s right to lampoon is an inviolable part of freedom of expression that the State should not breach. While the cartoon can be condemned for its crude obscenity, filing criminal defamation charges is over-reaction by the State, for criticism was justifiable as four lives were lost due to human greed.

Tamil Nadu is no stranger to defamation cases against politicians and journalists. Modelling herself on Singapore’s first Prime Minister Lee Kuan Yew, former chief minister Jayalalithaa used to try and cow down her political opponents with legal action for defamation. It is emblematic of the power of our democracy that nothing really came out of such action except that those targeted were harassed in having to face interminable court procedures.

It is known that in the issue of usurious interest rates we are facing a social evil and not quite official apathy although such is human nature that the poorest are always the worst hit and least supported. But to allow considered action as criminal or civil defamation to descend into political persecution as in the case of a cartoon is to make way for authoritarianism to take the place of mature judgment in media matters. The point is that the State must respect the freedom of art and expression and not be seen as an adversary of every act of dissent, even if it’s sometimes done so crudely as to hurt the sensibilities of individuals in power.

Modern Indian cultural expression or freedom of speech debates have never been known for their sense of proportion, certainly not after the 1990s. The upsurge of nationalism has led to the hardening of positions on both sides of the liberal versus conservative right debate to the extent that murders of intellectuals and media persons have taken place. The artist M.F. Husain, hounded for his interpretation of art, put it in a most enlightened perspective when he said: “A liberal tolerance of a different viewpoint causes no damage. It means only a greater self-restraint”.

Diversity in the expression of views in different media must encourage debate, and not lead to hot-headed expressions of hate. A democracy shuts out debate only at the peril of losing the foundational principles of freedom.