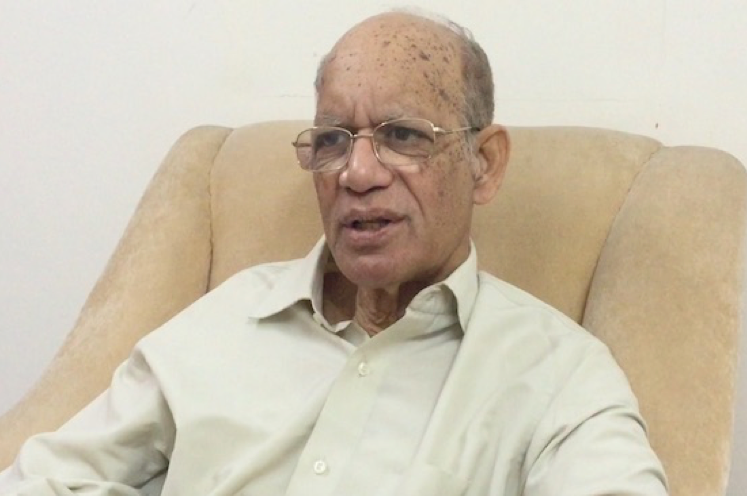 His re-election was the unanimous decision of more than 130 bishops. Cardinal Oswald Gracias of Bombay has been reelected by bishops attending the 29th plenary of Conference of Catholic Bishops of India. (ucanews.com photo)

(Note: A picture speaks much more than thousand written words. That’s what the above picture does. What does it say?  Who is in the picture? Just a nameless person, in any ordinary man’s ordinary dress? No, he is not. He belongs to a highly placed group in the Catholic church who are called Ordinaries (with capital O) in the Church. They are the Bishops. Though called Ordinaries they always appear in Extraordinary glowing heavenly outfit, in silk and sateen, red and purple, wearing gold and silver ornaments, never to be mistaken for an ordinary human being, also never affordable for an ordinary human being.

One seen in the picture is a Catholic Bishop, nay more, the Archbishop of Mumbai and a Cardinal, nay much more, he is the newly elected (unanimously by 132 Latin Bishops of India) President of CCBI, still more, he is the President of the Federation of Asian Bishops’ Conference, to crown it all he is one of the 9-member Council of advisers picked by Pope Francis from around the globe as a visible sign of Collegiality in governing the Universal Catholic Church. His name is Oswald Gracias.

Usually Cardinals are called the “Princes of the Church” following the Royal reign of power and prosperity introduced by Constantine in the 3rd century (recall the “gospel of prosperity” preached those days and even now). ‘Proserity’ means “money power”. Recall the royal precession of some Indian bishops with garlands of Rupee Notes in CCV a month or so ago. It is this “princely culture of pomp and external show” which Francis Pappa has trampled underfoot and exhorted time and again the  bishops of the whole world to abandon it for good.

Following his exhortation and example (his is simple white cassock and life in a community at St. Martha’s, self-serving his own meal from the common tray of food on dining hall table),  we (CCV) have time and again pleaded with our Indian bishops to give up all this worldly  silly, stupid show and send out a forceful public instruction to ordinary faithful, never to address these fabricated dignitaries, as Your Eminence, Your Excellency etc. We suggested they should do this, when they have their CBCI meeting or Rite specific biennial  meetings  as in Bhopal for Latins or in Kochi for Syromalabarians. But no one has responded so far although we sent it to all Indian Bishops several times.

But Cardinal Oswald  Gracias of Bumbai has now responded by doing what we requested, presenting himself in ordinary dress as a commoner. This is what Jesus did when he was borne as the lowliest of the lowly in a manger and trudged the dusty streets of Palestine as a pedestrian preacher during three years of public life. What all of us whether bishop or lay people have to do is to imitate Jesus first, not Constantine.

Another question just for thought. Have you ever seen another highly placed cardinal or Archbishop publically appearing in ordinary people’s dress? There were two or three about whom we wrote early. Can you think of Cardinal George Alancherry, head of the Syromalabar Church or Cardinal Baselius Mar Cleemis of Trivandrum who was till recently president of the CBCI to appear in a layman’s dress? They wont even respond to CCV’s letters. Compare the attitude of the vast majority to what St.Bernard told the Pope of his time: “When you dress up like a prince in gold and silver, mount a white hoarse, holding aloft a glittering sword, you represent Constantine, not Peter the Fisher man whom Jesus appointed to lead his Church.” How many of our Bishops, Archies and Cardinals can say they represent Peter the fisherman or any of the apostles or saints  in whose name they are baptized?

To conclude the following is what the head of Tatta Institute of Social Sciences told me about these scandalously overdressed princes of the Church once: “James, just strip them all naked, they won’t be any better than any lay man; you won’t be able to say who is who, a layman or cleric. Compared to lay men they are not even able to say something sensible in public.” A man’s worth is shown, not by what he puts on, but what he puts out, what comes out from his heart. “Mouth speaks out of the abundance of the heart.” And our bishops usually don’t speak anything on controversial issues, either because they are ignorant, or because they are afraid of spurting out stupid things to be ridiculed or because they are down right “hypocrites and white sashed sepulchers”.

Cardinal Gracias of Bombay does not seem to belong to any of these groups. He has been speaking out even for gay peoples’ rights; he was the first to condemn instantly the abductors of Kadappa bishop by caste-crazy upper caste Reddy priests and on many other issues. All Christians, especially the priestly clerical caste who proclaim themselves as the officially designated preachers of Good news, are a monstrosity, a contradiction in terms since they do not open their mouths when they should be the first to speak. Their one organ which should be active without interruption is their lips, speaking up for the TRUTH in season and out of season. One who is not prepared to do that should not be ordained, So we appreciate Cardinal Gracias for speaking up the Truth –pleasant and unpleasant – always, and wish him all success as the unanimously elected new Presidet of the CCBI for the next two years. james kottoor, editor)

Cardinal Oswald Gracias of Bombay was re-elected Feb. 6 to head the Conference of Catholic Bishops of India (CCBI), the forum of Latin rite bishops in India.Cardinal Gracias will now lead the CCBI for a further term of two years.

The re-election of Cardinal Gracias was the unanimous decision of more than 130 bishops attending the 29th plenary of the Latin rite bishops in Bhopal, said a press note.

Cardinal Gracias is also among nine cardinals Pope Francis handpicked from across the globe to help him in his work to reshape Vatican curiae and the administration of the Catholic Church.

Archbishop George Antonysamy of Madras-Mylapore is the new vice president He held various responsibilities of the Catholic Church in the past, such as the Pope’s Ambassador to Gambia, Liberia and Sierra Leone; in charge of d’Affaires of the Vatican Embassy in Jordan. In 2012 he was appointed the sixth archbishop of Chennai-Mylapore archdiocese. Archbishop Anil Joseph Thomas Couto of Delhi is the new secretary general.

The Indian prelates' eight-day plenary is scheduled to conclude on Feb. 8. They are deliberating on a way to revitalize Catholic families after church studies suggested that Catholic families are drifting away from vital Catholic teachings such as those on family planning, the press note said.

Responding to allegations that the Church indulge in converting Hindus the conference responded that it was all votebank politics during electons and statistics prove the contrary.

According to figures released by the government’s census department, the number of tribal Christians grew by 63 percent from 6.39 million in 2001 to 10.3 million in 2011. In contrast tribal Hindus have increased by 39 percent from 60 million to 84.1 million.In 2011, India had some 104 million tribal people.

"There is no such thing," said Gracias, reacting to a question asking if the pope appointing bishops in India could be an interference by the Vatican.