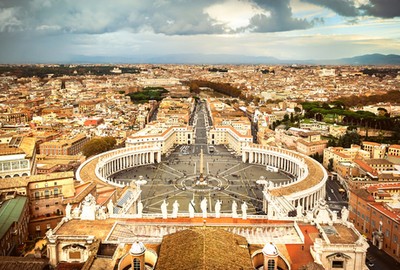 Vatican reformers have discovered hundreds of millions of euros that did not appear on the Holy See’s balance sheet, the cardinal charged with sorting out the Curia’s financial affairs has said.
Writing exclusively in the first issue of the new Catholic Herald magazine, Cardinal George Pell says that the discovery means that the Vatican’s finances are healthier than they first appeared.
He writes: “It is important to point out that the Vatican is not broke. Apart from the pension fund, which needs to be strengthened for the demands on it in 15 or 20 years, the Holy See is paying its way, while possessing substantial assets and investments.
“In fact, we have discovered that the situation is much healthier than it seemed, because some hundreds of millions of euros were tucked away in particular sectional accounts and did not appear on the balance sheet. It is another question, impossible to answer, whether the Vatican should have much larger reserves.”Cardinal Pell was appointed prefect of the newly created Secretariat for the Economy in February, making him the most senior English-speaking official in the Vatican.
Source: Catholic Herald Magazine