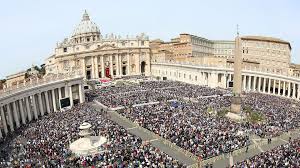 A very close friend of mine, a Hindu religious man who has been living an intense religious life for the last forty years wanted to know about the canonization of Fr. Kuriakose Chavara and Sr. Euphrasia on November 23, 2014.  Well-disposed to Christ and Christianity, he wanted to know more specifically about the two miracles needed to reach sainthood. I told him that from all the news paper accounts I read, Fr. Kuriakose and Sr. Euprasia appeared to be great souls who deserve to be saints. Fr. Kuriakose, especially, was a remarkable visionary who ingeniously, creatively, and single-handedly helped advance the Kingdom of God by tirelessly and relentlessly working for the whole of humanity. It is noteworthy that he started a Sanskrit school in a land cursed by castes before the era of Sri Narayana Guru who proclaimed one caste, one religion, and one God for humanity. I told my friend that I do not think miracles are needed for someone to be proclaimed a saint as miracles can be questionable and as faith and science operate in different realms, and do not mix. I think it is inappropriate to bring science to validate miracles.

All Christians in the early Church were called saints. As centuries passed, the saints were proclaimed for their extra-ordinary lives by popular acclamation. To me every person who lives a conscientious life according to the teachings of Christ, and discerns and follows the will of God is a saint. Canonization is a futile exercise that, in a world of enormous poverty and financial hardships, involves enormous energy and expense that could be better used for the oppressed and the down-trodden for whom mainly Christ came as he proclaimed in his manifesto (Luke 4, 18-19) read during the only one reported reading of scriptures from the Prophet Isaiah in a synagogue in a history-making event.  Canonization is a distracting anachronism from the decadent Middle Ages. What the Church currently needs are courageous and visionary holy men and women with vision who may not be recognized by the world but who, nonetheless, can tackle the much needed renewal and reformation of the Church. It is interesting that  saints, some of them questionable, are churned out in great numbers beginning from the last decades of the 20th century even as the Catholic Church is reeling from the Second Vatican Council, whose much needed reforms are benignly neglected. The Church has and will always have remarkable holy men and women whether the official, hierarchical, patriarchal church recognizes them or not. It is also interesting to note in passing that a modern pope who not only slowed down or stalled substantive and meaningful reforms advocated by the great Second Vatican Council in his autocratic, authoritarian style  but also was over-enthusiastic in considering Blessed Mary, mother of Jesus,  to be Co-Redemptrix with Christ. The Church is not the place where a person's, even if he is the pope, to impose a  private devotion, especially when that one is theologically erroneous.  This pope was rushed to canonization with undue haste even before the stipulated period of five years after his death. The question is not whether or not he is worthy of being publicly recognized as a saint. The question is whether we are making the changes needed to create a climate for preaching the Kingdom of God where the least person in this world is seen and treated as Christ.

I do not have any problem with saints who can be good models for humanity. From what I know I consider Fr. Kuriakose Chavara to be a good model, fully devoted to humanity and God. I do not think we need mediators (saints including Mary) between God and us. To me Christ alone, in fact he is one too many, is sufficient. The lives of saints can inspire us in our on-ward journey to God who is truly within us and in our midst if we take the time to be truly aware.