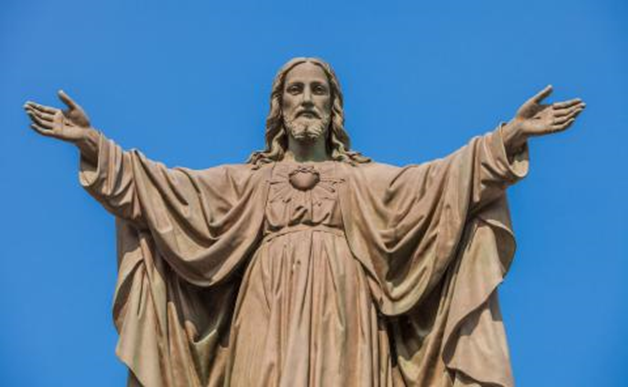 Jesus was a thorn in the side of the major establishment players of his day. They 'cancelled' him because of it.esu.

Of course one may easily agree with the  Maxim: “Corruption of he BEST becomes the WORST”, forced by reason and logic.

If so shouldn’t we as readily agree with the principle: “Virtue stands in the middle” or the Socrastic teaching: “Nothing too much” or the more emphatic Malayalam Proverb: “Adhikamayal Amrutum Vesham” (Even ‘Amruth, food of Gods’ become poison when taken too much (over-dose?)”

And what about one’s ideas about Jesus the Jew, or the Bible itself?  Jesus the gentle Jew or the angry young rebel? Sweet Jesus meek and mild or bitter Jesus rough and wild? Son of a bitch, bastard, wine-biber, friend of drunkards and prostitutes?

Others call him an illiterate who has never written a word on paper, or crossed the portels of a kinder-garten? Still called Word made flesh, Son of God who wrote or inspired the whole Bible? Others delight to call it a repeatedly revised string of lies!

“Facts are sacred, opinions are free!” Is the journalistic principle and you know the famous words Voltaire, the French patron of all free speech! “I wiil go to death to defend your right to speak or write your convitions, even when I may not agree one bit  with your views!”

You can’t find in the whole world two people who have the same views on  all issues. That is why Pope Emeritus Benedict xvi said: “Over the pope as the expression of the binding claim of ecclesiastical authority there still stands one’s own conscience, which must be obeyed before all else, if necessary even against requirement of ecclesiastical authority. Conscience confronts [the individual] with a supreme and ultimate tribunal, and one which in the last resort is beyond the claim of external social groups, even of the official church.”

Only remember, the Pope is speaking here of “subjective truth “Conformity with what one sees and says, the one thing that counts before  Cod, not objective truth(Rope mistaken for snake!)

Jesus has always been a sign of conflict and ‘contradiction’ raised up for thr rise and fall of many in Iseael (recall the prophecy of Simon the sage at presentation, while the official Catholic Church present him as the only one child exemplary family of Nazareth.

The fact is this exemplary boy rebelled and went hiding for three daya (not one) and called his Mother Woman, to say he had to be busy with his father’s (not Joseph’s) business.And Mary his mother had five more births, but still remains a Virgin, now much disputed.

Both glued to my Self!

In spite of all these controversies swerling around Mary and Jesus, both remain inseparably glued to my self. like Mother and Brother, for various other personal reasons.

Both are historical persons and as for Jesus, for me, no other person in history has said or did things exemplifying what it is ti be an ideal humane human being, doing foot-washing ministry to the least & lost! Precisly for that Vivekananda described him as the “Visible Image” of the invisible God!

Just for this reason his name will never be wiped out of history.The Catholic Church (an oxymoron) may vanish from history but not Jesus the Jew, the everlasting MAN! That is the conclusion I have reached at the fag end of my life at 86! Since CHANGE alone is the only constant, I could still be wrong. So the search continues till the last breath. james kottoor(in Chicago) Editor CCV,

July 9, 2021 (LifeSiteNews) – A recent Gospel reading provides us with an early illustration of “cancel culture.”

The evangelist, Mark, describes Jesus preaching in the synagogue at Nazareth. People are surprised at the wisdom of his words, and somehow can’t accept that such insights are coming from a hometown boy.

“Where did he get all this,” they ask. “Isn’t this the carpenter, the son of Mary?” They’re actually offended that he would speak in this manner, and a little uncomfortable with his message. So they refuse to take him seriously.

To put it another way, they “cancel” him, because he’s too local. In response, Jesus offers the timeless observation: “A prophet is not without honor except in his native place…”

This is a perfect scripture passage (Mark 6:1-6) for citing to someone who thinks the Bible is no longer relevant to modern life. Heck, we’re up to our ears in “cancel culture” today. Jesus was ahead of the game.

There’s a human tendency to dismiss the views of people who don’t meet expectations about who’s qualified to speak. This is seen in our cultural preoccupation with credentials. Those highly regarded pieces of academic paper usually trump simple wisdom.

Of course, there are times when professional expertise is essential. Uninformed laymen can do serious harm diagnosing illnesses based on information they’ve “Googled.”

But there are also times when someone’s accumulated life experience — what used to be called “common sense” — is a far better preparation than formal schooling for making sound judgments or offering wise advice.

These days, the primary concern about “cancel culture” reflects how Facebook, Twitter, and other social media are trying to silence ideas that diverge from the accepted views of the progressive left.

Add to that how children are being indoctrinated with Critical Race Theory, along with how both government and our leading institutions promote the idea that American society is fundamentally, irredeemably racist. There’s good reason to fear that anybody might be “cancelled.”

Our society is coming to resemble the world through which Jesus walked in many uncomfortable ways. We have an intellectual elite, including educators, media, and literary types, whose “correct thinking” and “settled science” are every bit as rigid as how the Scribes and Pharisees interpreted the Torah.

We have our masters of industry and technology who are as singularly focused on protecting their business interests as the Priests and Levites guarded the prerogatives of the Temple.

We have politicians and their operatives who are as obsessed with enlarging their sphere of control and protecting their power as were the Roman occupiers of biblical Palestine.\

We even have our equivalents to the Zealots in today’s various radical groups. Their devotion to transforming society is every bit as fanatical as that of those biblical revolutionaries.

All of these groups share a common set of assumptions. And it appears they’ve come to a tacit agreement that voices speaking out in conflict with the prevailing orthodoxy must be silenced.

It’s not just a matter of blocking the flow of information. Dissenting organizations have seen their operations challenged by legal action (what’s termed “lawfare”). Financial service providers have disrupted their channels of income. Books, media materials, and other products have been banned by major outlets.

Criminal charges have been brought. Facilities have been subject to attack. Individuals have been threatened, and even physically assaulted.

Churches and religious organizations have felt these effects as well. We haven’t quite reached the extreme levels of anti-Christian violence as other places (within the past few weeks several churches have been burned in Canada). However there has been vandalism. And religious services have been disrupted.

There have even been occasional church shootings. So far these appear to have been the work of lone crackpots, rather than organized attackers. But that could change.

Jesus was a thorn in the side of the major establishment players of his day. They “cancelled” him because of it.

As his followers, we’re called upon to stand up today for the principles that caused so much consternation back then. And there’s no doubt that’s scary.But remember, his cancellation didn’t last. In the end he came back in a big way.

A priest of the Diocese of Camden, New Jersey, Rev. Michael P. Orsi currently serves as parochial vicar at St. Agnes Parish in Naples, Florida. He is host of “Action for Life TV,” a weekly cable television series devoted to pro-life issues, and his writings appear in numerous publications and online journals. His TV show episodes can be viewed online at: https://www.youtube.com/channel/UCyFbaLqUwPi0