Can a worship hall be used for non-religious events? 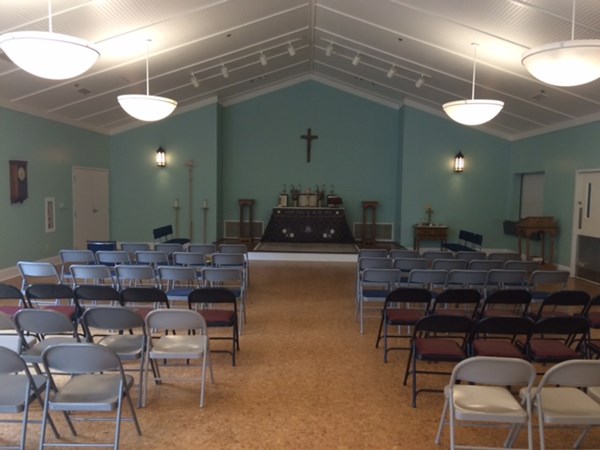 Community groups in Mumbai are debating this question after a video clip showed a Parents Teachers Association (PTA) meeting held a week ago inside a Thane church. Curtsy – THE LAITYTUDE

According to people who saw the clip, participants at the meeting were seen smoking and talking on their mobile phones inside the church. The organisers of the meeting had curtained off the altar, but many of the participants, apparently unaware that they were inside a place of worship, failed to keep the required decorum. The meeting went on for four hours before members of the local community stopped it. There have been apologies from people involved in the episode, but this has not been enough for some community groups who have now asked senior church officials to take punitive action against those who allowed the function. They called it a ‘new trend of using a church as a meeting hall’.

There is some confusion whether the Thane building is a consecrated worship place or a prayer hall. This particular parish does not have a church building yet and has sought permission from the local municipal corporation to construct a new structure. In the meanwhile, the priest-in-charge said, they were using a multipurpose hall.

But people who worshipped there said it was a church. “It is a church premise, a holy place. People were using tobacco inside,” said another member of the church.

The event was apparently organised by the principal of the school attached to the church. “When we questioned the principal, we were told that they had the permission from the parish priest to hold the function. We have a large hall where the function could have been held,” said Melwyn Fernandes, a member of the church and the local head of community groups Association of Concerned Catholics (AOCC).

After the incident, angry members of the congregation met the priests and nuns. The priest-in-charge said the meeting was shifted to the hall because of rains. “I was out station and many people had turned up for the meeting. The nuns had not expected such a large crowd. I was told that some people were chewing tobacco,” said Father Rudolph Andrade. “The matter has been settled amicably; I wonder why the issue is been raked up again.”

In parts of Europe, where churches are seeing dwindling cong re gation and bankruptcies, premises have been sold or rented out. “In America and in the United Kingdom, churches are being put to multi-purpose use. The churches also allow other denominations to use the premises for prayer,” said Father Joe D’Souza, parish priest at Sacred Heart Church, Santacruz.

D’Souza was of the opinion that a church can be used for non- religious events, provided sections like the altar or the tabernacle – the enclosure where consecrated material is kept – is covered from view. “But drinking and eating should is banned,” he added.

Some community groups want a criminal complaint under section 295 of the Indian Penal Code to be filed against church officials for ‘hurting the religious sentiments of a community’. “My question i s would this amount to defiling the sanctity of a church,” said Joseph Sodder of the group Association of Concerned Catholics (AOCC). “The religious sentiments of a community have been hurt by having a meeting in a church which is consecrated.”