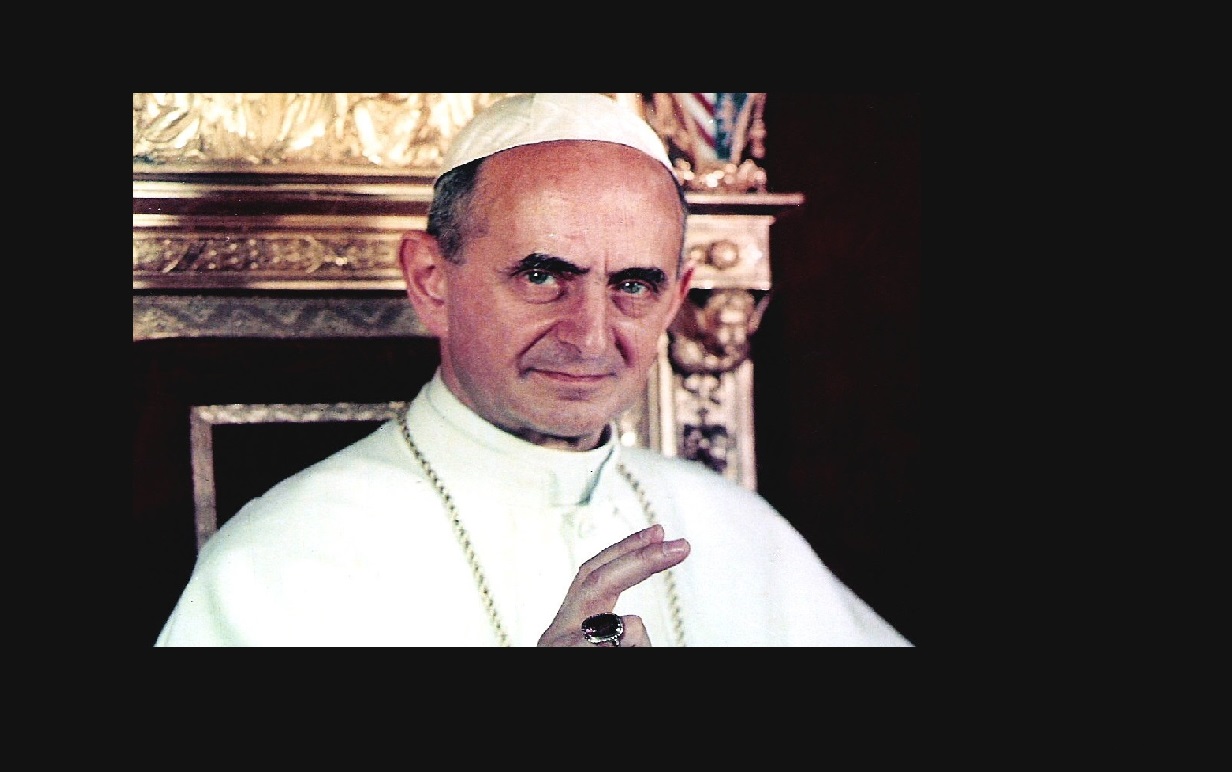 A very indepth and  well-researched article by Fr Francis Sunil Rosario from Kolkata, who is now is the USA as Parochial Vicar in the two Churches of Queens, i.e. St. Bartholomew Church, with a residence and Queen of Angels Church. Fr Rosario's pastoral mission is mainly for the immigrants community, including the Bengali diaspora.

In this article Fr Sunil as put his finger on the trigger point of alleviation and elimination poverty – which were raised 50 years ago by Pope Paul VI in his encyclical Populorum Progressio released on March 26, 1967. Populorum Progressio means "the development of peoples." Pope Paul VI expressed that the economy of the world should serve mankind and not just the few.  The enclyclical touches on a variety of principles of Catholic Social Teaching: the right to a just wage; the right to security of employment; the right to fair and reasonable working conditions; the right to join a union; and the universal destination of resources and goods.

The article has been published in the Herald Kolkata (12 Jan – 18 Jan 2018) and is very relevant to today's Christians and the world at large amid talks of building the Wall of Mexico and other economic barriers by developed economies which selectively espouse Free Trade and Globalisation.  If one reads between the lines, one would see that many the Catholic Social teachings are still ‘well-kept secrets’. Isaac Gomes, Asso. Editor, Church Citizens' Voice.

Sunday 26 March this year marks the 50th anniversary of the issuing of one of the most important papal encyclicals of the 20th Century, Paul VI’s Populorum Progressio, on the development of peoples.This gave a notable impetus to the Catholic Church’s participation in the effort to reduce and eventually eliminate poverty and discrimination in the world. The encyclical appeared in the heart of a decade of upheaval and change, in the Church and in society. Certainly the decade of 1960s inspired many to take some challenging decisions for transformation and effective leadership.

The three major documents on social questions were issued at two year intervals in the 1960s. Saint John XXIII was instrumental to move these vital encyclicals and documents for the benefit of common good. Mater et Magistra in 1961, Pacem in Terris in 1963, and Gaudium et Spes in 1965. Stretching from Leo XIII’s Rerum Novarum through Pius XI’s Quadragesimo Anno to John XXIII’s Pacem in Terris provide the most extensive definitions of human dignity and human development. The Second Vatican Council’s Constitution on the Church in the Modern World, Gaudium et spes had laid the foundation for a definition of human dignity. This very document has influenced the theological thinking in the modern world. Even though Populorum Progressio, a great milestone and landmark encyclical in the Post Second Vatican Council, will be completing its fifty years in March 2018, for many the Catholic Social teachings are still ‘well-kept secrets’.

Blessed Pope Paul VI’s ‘Populorum Progressio’ (Development of People) stands out as one of the great papal encyclicals, in the history of Catholic Social teachings. It gave a central place to the concept of development. According to Dr. Donal Dorr, an Irish theologian, “It gave a fresh approach to the understanding of development on the one hand and secondly, in its approach to social justice, it shifted the focus from the national to the international scenario and context.” There was a widespread acceptance of the belief that each individual country, and the world as a whole, can grow out of poverty. The government leaders of various countries began to reflect in terms of production of increased resources that could be used to overcome poverty and to ensure that those who had little could catch up with those who had more.

At the heart of Populorum Progressio lies a notion of integrated development. It does not give a privileged place to the economic dimension of human development than to the cultural, psychological, political, ecological or religious dimensions. It recognizes the value of different cultures and of basic human rights. Itspeaks on fundamental violations of human dignity, systemic poverty, dehumanizing working conditions, oppressive disparities of power, and proposes a scale of values from the most basic to the highest values of human dignity. At the most basic end are fundamental human needs, food, water, clothing, shelter, education, and the overcoming of social
barriers; then comes recognition of and respect for the equal human dignity of all women and men, and cooperation with them to realize the common good, which includes peace.

The recognition of supreme values granted by God, a living faith in God that seeks and promotes a just human community in Christ. (21). Material goods that meet the basic human needs are necessary for human dignity but they are neither sufficient nor superior to the highest value of human life, relationship with God in Christ. The emphasis in Populorum Progressio is on relationship with God as the highest human value, which is not dependent on any lower values but finds in them an essential element of human development and finality. Authentic human development does not mean only economic development but addressing those issues that affect us individually or as community of people, i.e. respect for culture, environment, for human rights, for the sense of community, and for the quality of human life. The integral and authentic development “must foster the development of each person and of the whole person” (PP 14). Each of us is part of a community and a civilization that has its own history. We are bound together, therefore in solidarity (PP 16-17). The development of the individual person involves a simultaneous development of all humanity (PP43).

One of the factors fashioning human beings is their culture and Populorum Progressio shows a sensitivity to human cultures. Dialogue with the cultures in Asian context is one of the dimensions of threefold dialogue . The encyclical recognizes the tension and the need to be in dialogue with culture to create solidarity among peoples (72,73) It also enlists science and technical expertise to facilitate authentic development (20), to enter into open dialogue with peoples of different cultures without any demeaning nationalism or racism (72), and to collaborate with all people of goodwill (83) to seek answers to complex social questions.

Pope Francis, in his Apostolic Exhortation, Evangelii Gaudium (2013) and Laudato Si (2015) has further developed the concept of Development in a very realistic way. His encyclical Laudato Si’, “on care for our common home” (24 May 2015), with its strong defense of the environment and its call for authentic development in a suffering world, has stimulated action and debate at many levels. In his reform of the Church, taking the preferential option of the poor, he has taken into consideration the teachings of PP quite seriously. The creation of a new Vatican Dicastery born from the fusion of four Pontifical Councils and with a mandate that is particularly close to the heart of Pope Francis has challenged those involved calling for creativity, lots of hard work and dedication. The Dicastery combined the work of four Pontifical Councils: Justice and Peace, Pastoral Care of Migrants and Itinerant People, Pastoral Assistance to Health Care Workers and Cor Unum. One important novelty was represented by the creation of the Dicastery for Promoting Integral Human Development which Pope Francis announced in August 2016 and that became effective on 1 January, 2017. Dr. Flaminia Giovanelli, is the Under Secretary of the Dicastery.

Blessed Pope Paul’s 50-year-old encyclical is still relevant in this first quarter of the 21st Century. A lot depends at the local and regional level to implement this into real action towards development.