CAA and NRC – What is in store for us? A troublesome Future? 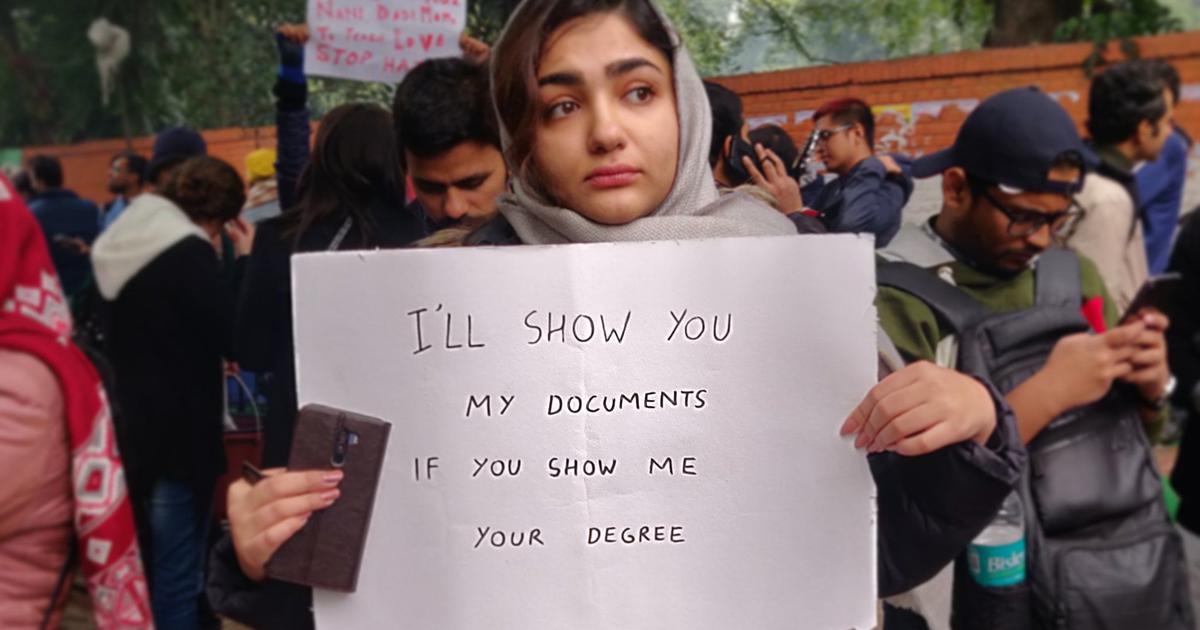 A very insightful editorial in the Statesman of 21 January 2020 in  the backdrop of the recent countrywide agitations against Citizens' Amendment Act (CAA) and the proposed National Register of Citizens (NRC).  The editorial portrends of dark days ahead if CAA and NRC are persisted with like a steamroller. Isaac Gomes- Associate Editor, Church Citizens' Voice. If the BJP did not anticipate the students taking to the streets in such large numbers, the party also does not seem to have expected the citizenship law and NRC to raise tempers to such a pitch. It is possible that the party has been lulled into believing that it will be able to get away with anything by the ease with which it succeeded in dispensing with the constitutional provisions granting special status to Kashmir.  Given the magnitude of its drastic step in Kashmir, including the conversion of the state into a Union Territory, the jailing of all the mainstream leaders and the shutting down of the internet for months on end, the citizenship and the NRC may have seemed to the government to be no more than routine measures.

Just as in life a threat, or a treat, can come from unexpected quarters, similarly political parties can suddenly face a challenge which they did not anticipate.  Till now, the BJP had been happily ruling the roost in the belief that a Moribund opposition was not a serious adversary at the national level. 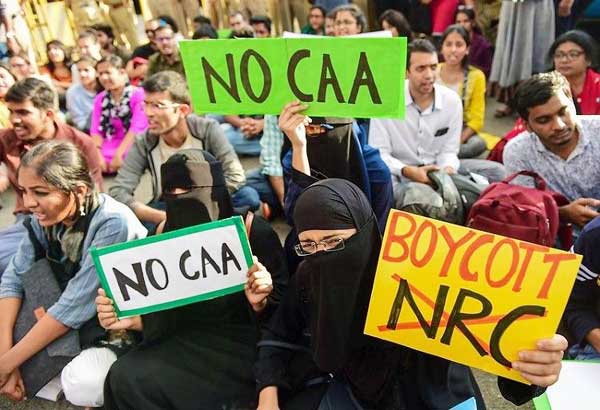 The students’ unrest,  however, in all parts of the country, and the protest by all sections of the intelligentsia against the citizenship law, have belied the hopes of BJP having a free run in the foreseeable future in presiding over the country’s destiny.

The focal point of the anger among students is currently the Jawaharlal Nehru University  (JNU) in New Delhi, whose leftist identity  has long been a sore point with the right-wing Hindutva brotherhood.  Little wonder that the BJP MP, Subrahmanian Swamy, wanted it to be closed down and “fumigated”.

Although the latest rounds of agitation in the JNU was about fee hikes, there is little doubt that the general disquiet about the citizenship law and the National Register of Citizens (NRC) has added fuel to the fire.

Since violence has always been a feature of agitations in India, whether by students or teachers or workers or political parties, there was an outbreak of vandalism in the university on Saturday, January 4, when the server room of the computer network was ransacked.

The incident, deplorable as it was, might not have caused much more than a ripple outside the university but for what happened on the following day when a group of masked men, and a woman, stormed the campus, including the various hostels, and assaulted the students with sticks and iron rods.

In this raid, which reminded Maharashtra Chief Minister Uddhav Thackeray of the November 26, 2008, commando operation by Pakistani mercenaries in Mumbai, which has sparked off a furious reaction from students and activists from all over the country.  There have been demonstrations in Kolkata , Mumbai, Bengaluru, Mysuru, Chennai and elsewhere, underlining a groundswell of outrage against the government.

The primary reason for the fury is the suspicion that the murderous mob had tacit government support, which is why the police response to the calls for assistance was lamentably tardy and  no arrests were made for several days after the atrocity.

Taken together with the ongoing protests against the citizenship law and the NRC with several non-BJP governments vowing not to implement them, the students’ agitations have presented the government with its first major challenge since its assumption of power in 2014.

As a result, there are signs of the normally unflappable Modi dispensation taking a step backward.  The first retreat was over the NRC when the Prime Minister told a rally at New Delhi, that the issue had not yet been discussed in the higher echelons of the administration although Amit Shah had said that the NRC would follow the citizenship law and would be implemented all over the country by 2024.

The second retreat was when Modi stayed away from his planned inauguration of the youth games in Guwahati, where, earlier, a scheduled meeting between the Japanese and the Indian Prime Ministers was cancelled because of the demonstrations against the citizenship law and the NRC.

If the BJP did not anticipate the students taking to the streets in such large numbers, the party also does not seem to have expected the citizenship law and the NRC to raise tempers to such a pitch. It is possible that the party had been lulled into believing that it will be able to get away with anything by the ease with which it succeeded in dispensing with the constitutional provisions granting special status to Kashmir.

Given the magnitude of its drastic step in Kashmir, including the conversion of the state into a Union Territory, the jailing of all the mainstream leaders and the shutting down of the Internet for months on end, the citizenship law and the NRC may have seemed to the Government to be no more than routine matters.

The citizenship law, for instance,  is meant for persecuted non-Muslims in three Islamic countries in India’s neighbourhood, and the NRC is intended to weed out the illegal immigrants, who are mostly from Bangladesh. It is possible that the BJP still cannot understand why such “sensible” steps should be opposed.

Yet something seems to have snapped in the psyche of the students as well as the other opponents of BJP.  It is perhaps the litany of anti-Muslim steps such as lynching and Ghar Wapsi  (or their reconversion into Hinduism) finally reached a stage where the relatively small spark (in BJP’s view) of the citizenship law and the NRC has caused a raging fire.

It is not clear that the BJP had not been warned that all is not well.  Only a few days ago, the noted industrialist,  Rahul Bajaj, told the party about the prevailing apprehensions and angst among sections of the people, including the well-to-do.  Earlier Hamid Ansari had referred to the feeling of disquiet among the Muslims in his last interview as the Vice-President.  It is no secret that the Muslims have played a prominent role in street protests.

The economy is another factor which has pushed the government into a corner with Nobel Laureate Abhijit Banerjee raising a spectre of recession.  It is possible that the students, who will be affected the most by the unemployment problem in a faltering economy, have been upset for quite some time and finally decided to speak out.  Whatever the reason for the current unrest, the Modi government is obviously facing a troublesome future.

The writer is a Former Assistant Editor of The Statesman.