By the rivers of the heartland and across Vindhyas, proof which politics sucks and which works

Cover photo: The district magistrate informed that teh bodies will be fished out of teh river and cremated with full rites. (Photo: India Today) 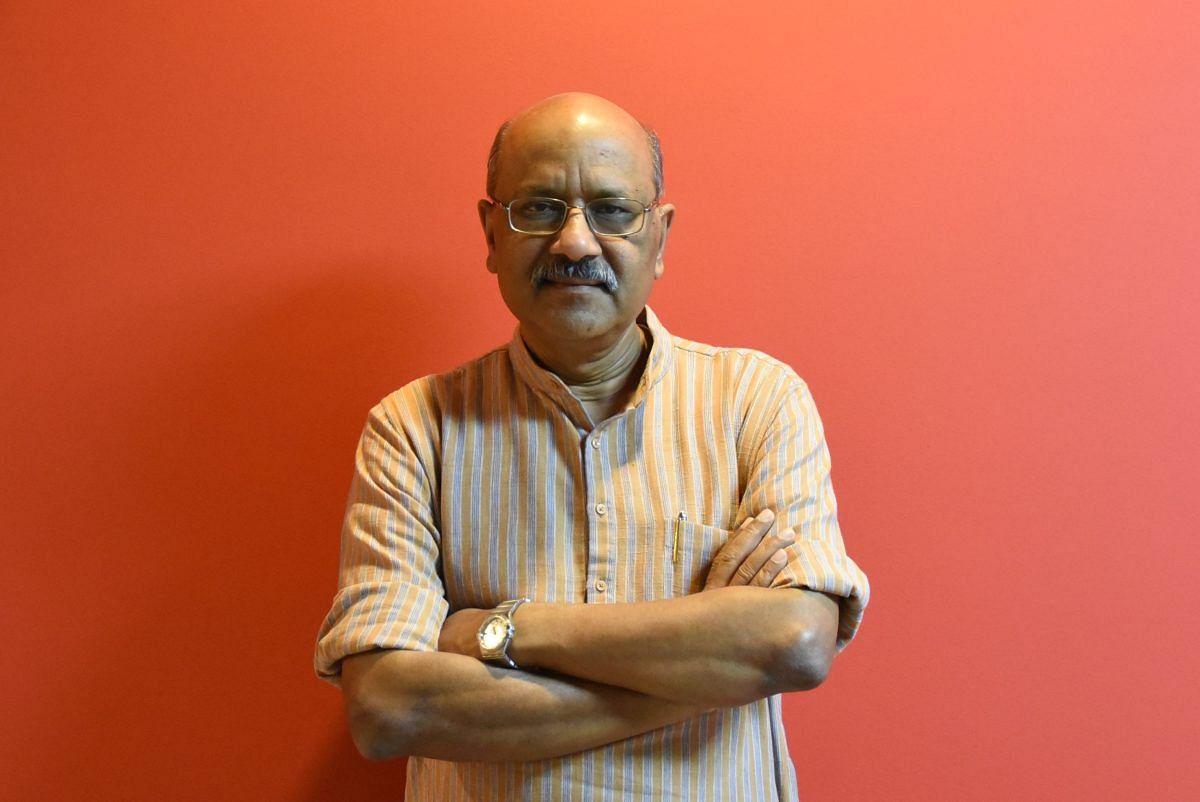 Politics & economics are at the heart of Covid tragedy in UP, Bihar. The regional imbalance in political power, economic & social indicators is deeply troublesome.

Mr Varghese Pamplanil suggested that the article below published in the Print issue of 15th May 2021, be reproduced for the benefit of CCV readers.  Isaac Gomes, Associate Editor, Church Citizens' Voice.

Corpses floating down the Ganga and the Yamuna, shallow-buried or merely strewn on their banks in Covid-stricken Uttar Pradesh and Bihar will remain among the many abiding images of the pandemic for years to come.

For us in India, however, it is an indicator of something else. Not just a pandemic wave that comes and goes, taking lakhs in its sweep, but a perpetual tragedy of poor governance, under-development, lousy politics and also frightful regional imbalances.

Uttar Pradesh and Bihar are by no means the only states through which great rivers flow. Besides the Ganga and Yamuna, we also have the Brahmaputra, Krishna, Cauvery, Godavari, Narmada and more. These flow through many states, along the greatest cities of India. Why do we not see bodies of Covid victims floating through these?

It certainly isn’t the fault of the rivers. All great rivers of our nation are revered as Goddesses and addressed in some manifestation of divine motherhood. By and large, similar religious demographics prevail in all these regions and states.

If not religion, does it have to do with the region? Not quite. The Yamuna irrigates Haryana before becoming Uttar Pradesh’s.

Nor do we see such images out of Punjab with the Sutlej, Beas and Ravi. Please note that this is despite Punjab unfortunately having the highest case fatality rate (CFR) from Covid in the entire country. But, no bodies in those rivers.

Is it to do then with the language, culture, or that last and the most defenceless of all usual suspects when those in power run out of alibis and scapegoats: The people? You never blame the people. Unless you are that character from Sacha Baron Cohen’s ‘Borat’.

What do we blame then? Why are people in only some states so poor, desperate, hopeless as to be dumping the bodies of those so loved by them into the rivers, unable to afford wood, a burial site or a priest’s fees? What denies dignity in death to human beings in only some parts of a proud democracy in the 21st century?

From all the possibilities we’ve ruled out above, from ethnicity, region, religion to tradition and the people, only two remain: Politics and economics. That order is deliberate. Because all economic outcomes, good or bad, emanate from politics.

Which takes us to familiar ground, electoral politics. Take not just UP and Bihar, but all four states of the Hindi heartland, and add Rajasthan and Madhya Pradesh.

For ease of analysis, we also see these as they used to be before Uttarakhand, Chhattisgarh and Jharkhand were carved out. Economically, they have much in common. All have a per capita income below $1,500, which is way below the national average of about $2,100.

Most of the holiest ancient shrines in Hinduism are located in this region. Yet, while it might be the home of Hindutva politics today, it was the unassailable fortress of the Congress until 1989. If the Congress owned it until 1989, the BJP has done so fully since 2014.

Every Indian prime minister who was the dominant leader of their parties, came from Uttar Pradesh: Nehru, Indira, Rajiv, V.P. Singh, Chandra Shekhar, Vajpayee, and now even Narendra Modi. He also moved from Vadodara to Varanasi. We are excluding Morarji Desai, Narasimha Rao and Manmohan Singh for obvious reasons.

The Hindi heartland decides who rules India. Yet, it’s also the poorest, shambolically governed, with social indicators so lousy they drag down all of India’s. These range from literacy to infant mortality to school dropout rate, life expectancy, per capita incomes and birth rates. We had published a report in 2018 showing how Uttar Pradesh, with about the same population size as Pakistan, also had social indicators comparable to its poor levels. Except per capita income, where it trailed Pakistan by some distance.

We aren’t sure who first coined the description, but “Bimaru states” has been used to describe the four states in the heartland: Bihar, Madhya Pradesh, Rajasthan and Uttar Pradesh for decades now.

None of these four feature among the top 20 of India’s states and union territories by per capita income. Rajasthan is the first to come up at 21. Madhya Pradesh (26), UP (31) and Bihar (32) bring up the very rear. Yet, for population growth, these four are at the top, the 2011 census shows. Bihar topped, with 25 per cent growth in the 2001-11 decade while Rajasthan, MP and UP followed in the 20-21 per cent range. For comparisons, Kerala grew by less than 5 per cent.

South of the Vindhyas, the picture changes. Goa, Telangana, Karnataka, Kerala, Puducherry are national ranks 1 and 6-12, respectively, on per capita income. Maharashtra is 12, Andhra 17. There isn’t one state below the Vindhyas that isn’t in the top 20. And yet, it never had the power to determine who rules India.

Let’s translate this into politics. The four ‘Bimaru’ states account for 204 seats out of Lok Sabha’s 543. When a party sweeps them, as the BJP has done under Modi and the Congress mostly used to until 1984, it is guaranteed power in Delhi.

All the states south of the Vindhyas, with little Puducherry, the Andamans and Lakshadweep thrown in, add up to 185 seats. Not for the heck of it, but just to create a like for like comparison, let’s also put Odisha in there so it becomes 205 seats. Can anybody hope to sweep this cohort of 205 and get the critical mass to rule India? It is an impossibility today.

The states that closely share their politics and political preferences languish at the bottom of the quality of life scales, even though they rule India. This was so under the Congress and continues under the BJP. You give me power in the name of religion, caste, nationalism and I give you such misery that you have to go looking for a living a thousand miles away, flee for home twice in 12 months of the pandemic, have no money to give your parent, sibling or child dignified last rites, and are left to throw their bodies in your rivers.

South of the Vindhyas, each state has politics of its own, most their own regional leaders. They give them decent governance, deliver welfare efficiently, raise income levels, social indicators, build industry, create jobs. They do not need to throw bodies of their family members into the rivers. Some of the leaders may be corrupt. But they govern competently because their voters make their choices based on their performance, not just identity. Remember, I said not “just” identity.

Because they each have their own politics, they count for little in Delhi. If you look at the Modi cabinet today, the senior-most members from the South are Rajya Sabhaites, never rooted in their native states’ politics.

This kind of regional imbalance in political power, economic and social indicators is deeply troublesome. Already, the slowest rising populations in India, six of the best, are in this region. In 1951, the composition of our 543-member Lok Sabha was determined by state population then. That gap has increased massively. In 1951, UP’s population (including Uttarakhand) was about twice Tamil Nadu’s and it was allocated about twice the Lok Sabha seats too. Today, it is thrice and the gap is rising. In 1951, Bihar’s population (including Jharkhand) was over twice Kerala’s so it was given 54 seats. Kerala had 20. Today it is more than four times Kerala’s.

We’ve been kicking a sizeable political can down the road. In 2001-02, Constitutional amendments froze the number of seats in Parliament and state-wise allocation. This can is to be opened after the first census after 2026. You can project the relative strength of the states by population in 2031. If poor governance means higher population, which means power, India is being navigated into a maelstrom. The bodies in the Yamuna and Ganga are like canaries in that coal-mine. Albeit, frightfully silent.