A Brief History of Syro-Malabar 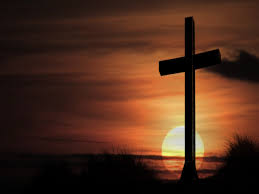 The Syro-Malabar Church is an Apostolic Church which traces its origin to the Apostolate of St. Thomas who, according to the tradition, landed at Cranganore in 52 AD and founded seven Christian communities at Palayur, Cranganore, Kokkamangalam, Kottakavu (Parur), Quilon, Niranam, and Chayal. It is one of the 22 sui iuris Oriental Churches in Catholic Communion with the Pope and with its own particular characteristics expressed in worship, spirituality, theology and disciplinary laws.

On December 21, 1923, the Syro-Malabar Hierarchy was established with Ernakulam as the Metropolitan See and Trichur and Changanacherry and Kottayam (established in 1911 for the Southists) as suffragans. In 1956 Changanacherry was raised to the status of a Metropolitan See. On December 16, 1992, Pope John Paul II raised the Syro-Malabar Church to the status of Major Archiepiscopal sui iuris Church with the title of Ernakulam-Angamaly. Mar Antony Paidyara, the then Metropolitan of Ernakulam was appointed its Major Archbishop with Mar Abraham Kattumana as the Pontifical Delegate who discharged the duties of the Major Archbishop. Archbishop Kattumana died unexpectedly during his visit to Rome in April 1995 and Mar Padiyara was given the powers of the Major Archbishop.

In November 1996 Cardinal Padiyara resigned from his office as Major Archbishop. In his place

At present there are five Archdioceses – Ernakulam-Angamaly, Changanacherry, Trichur, Tellicherry and Kottayam and 11 eparchies – Bhadravathi, Belthangady, Irinjalakuda, Kanjirapally, Kothamangalam, Idukki, Mananthavady, Palai, Palghat, Thamarassery, and Thuckalay within the proper territory of the Major Archiepiscopal Church and 11 eparchies outside – Adilabad, Bijnor, Chanda, Gorakhpur, Jagdalpur, Kalyan, Rajkot, Sagar, Satna, Ujjain and the St. Thomas Eparchy of Chicago in the United States of America. There are 36,74,115 faithful, with 7,252 priests (3,617 diocesan and 3,635 religious), and 34,769 women religious and 4729 men religious. Though the Syro-Malabar has an existence of almost two thousand years in India and her head had jurisdiction all over India until the end of the 16th century at present the Syro-Malabar Major Archbishop has no jurisdiction outside the five metropolitan provinces of Ernakulam-Angamaly, Changanacherry, Trichur, Tellicherry and Kottayam because in 1992 when this Church was declared Major Archiepiscopal the territory was restricted to these areas. The dioceses of Adilabad,

Bijnor, Chanda, Gorakhpur, Jagdalpur, Kalyan, Rajkot, Sagar, Satna and Ujjain are still under the neighbouring Latin archdioceses. Except the diocese of Kalyan, they are mission dioceses of exclusive Syro-Malabar jurisdictions. The eparchy of Kalyan is multi-jurisdictional and personal-territorial in the sense that there are five Latin dioceses overlapping the territory of the diocese of Kalyan and the Syro-Malabar jurisdiction is applicable only to those Syro-Malabar Catholics in the territory of the Diocese of Kalyan. Hence the diocese of Kalyan has a two-fold mission, namely pastoral care of it 100,000 faithful concentrated mainly in the 5 civil districts of Maharashtra, such as Greater Mumbai, Raigad, Thane, Pune and Nashik and evangelization of the remaining 10 civil districts of which 4 are assigned to MST (Sangli Mission), 3 to CMI (Chavara Mission of Dhule), 2 to MCBS (Satara-Solapur Mission) and 1 to the Vincentians (Ahmednagar).

The eparchy of St. Thomas the Apostle in Chicago (USA) is also multi-jurisdictional and is directly under the Holy See. However, the bishops of these dioceses are members of the Syro-Malabar Bishops' Synod though the decisions of the synod, unless they are liturgical, are not binding on them.

Besides these officially recognized missions there are large number of Syro-Malabrians both in the Western countries as well as in the Gulf region. However, no precise statistics of these Syro-Malabarians are available because collecting such statistics often becomes sensational in the local Catholic communities governed in all cases by Latin Ordinaries and taken care of by priests of Latin rite.

In 1987 Pope John Paul II personally intervened and sent to the Catholic Bishops of India a letter in which among other things he said:

"Regarding the pastoral care of the faithful of the Eastern rites who are living in the Latin-rite Dioceses, in accordance with the spirit and letter of the Conciliar DecreesChristus Dominus, n. 23, 3 and Orientlaium Ecclesiarum, n. 4, the Latin ordinaries of such Dioceses are to provide as soon as possible for an adequate pastoral care of the faithful of these Eastern rites, through the ministry of priests, or through parishes of the rite, where this would be indicated, or through an Episcopal vicar endowed with necessary faculties, where circumstances would so indicate" (n. 5c)

In the Plenary Session of the Congregation for the Oriental Churches in Rome on 1st October 1998 the then Prefect of that Congregation, Cardinal Achille Silvestrini made the following intervention in favour of the Oriental faithful in the Latin dioceses:
"I would be grateful if you would pay special attention to the pastoral care of the Eastern faithful in the diaspora. In this regard it is necessary for everyone, both Latin and Oriental, to grasp the sensitive implications of the situation, which is a real challenge for the survival of the Christian East and for a general reconsideration of its pastoral programmes. Indeed the pastors of the Latin Church are first of all invited to deepen their knowledge of the existence and heritage of the Eastern Catholic Churches and to encourage the faithful entrusted to their care to do the same. Secondly, they are called to promote and defend the right of the Eastern faithful to live and pray according to the tradition received from the Fathers of their own Church."

Lately in the Post Synodal Exhortation Ecclesia in Asia of Pope John Paul II, he made the following remark:

'The situation of the Catholic Eastern Churches, principally of the Middle East and India, merits special attention. From Apostolic times they have been the custodians of a precious spiritual, liturgical and theological heritage. Their traditions and rites, born of a deep inculturation of the faith in the soil of many Asian countries, deserve the greatest respect. With the Synod Fathers, I call upon everyone to recognize the legitimate customs and the legitimate freedom of these Churches in disciplinary and liturgical matters, as stipulated by the Code of Canons of the Eastern Churches. Following the teaching of the Second Vatican Council, there is an urgent need to overcome the fears and misunderstandings which appear at times between the Catholic Eastern Churches and the Latin Church, and among those Churches themselves, especially with regard to the pastoral care of their people, also outside their own territories. As children of the one Church, reborn into the newness of life in Christ, believers are called to undertake all things in a spirit of common purpose, trust and unfailing charity. Conflicts must not be allowed to create division, but must instead be handled in a spirit of truth and respect, since no good can come except from love.

These venerable Churches are directly involved in ecumenical dialogue with their sister Orthodox Churches, and the Synod Fathers urged them to pursue this path They have also had valuable experiences in inter-religious dialogue, especially with Islam. This can be helpful to other Churches in Asia and elsewhere. It is clear that the Catholic Eastern Churches possess a great wealth of tradition and experience which can greatly benefit the whole Church (No. 27).