Brexit – A Total Fiasco or a Paradigm Shift 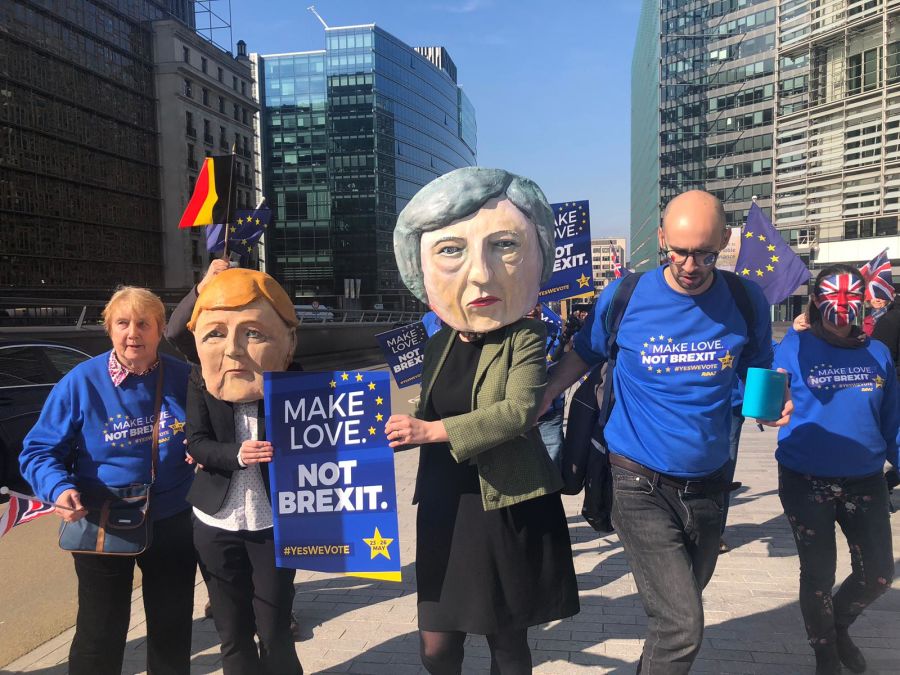 The article below written by Fr Francis Sunil Rosario appearerd in The Herald Kolkata issue dated 15-21st March 2019.  It will be of great interest to many in our country especially those who have connections in the UK and still have the nostalgia of the British Raj. It is also to be seen how Brexit will impact India's economy. Will it make UK if it finally separates from the European Union heavily dependent on India both in terms of economy and international relations?

As reported by CNN's Erin Mclaughlin in Brussels, there are all the signs are that Theresa May will get her Brexit delay – but only until May 22, dashing the Prime Minister's hopes of a three-month extension. This shorter delay is to ensure the UK leaves the bloc before European elections begin on May 23. (The UK believed it could stay in the EU until June 30 without taking part in the elections, as the new term of the European Parliament doesn't begin until July 1, but it seems that Brussels doesn't agree with this interpretation of the rules.)

EU ambassadors met in Brussels yesterday evening to discuss the British request for a delay beyond the March 29 deadline, and a source said that while diplomats were minded in principle to grant the extension, opinion coalesced around the earlier date.

May "will get documents and a short extension until [European] elections," but only if she's able to get the UK parliament to approve her twice-rejected deal, an EU diplomat told CNN.

It seems that EU capitals are falling in line behind European Council President Donald Tusk, who said earlier yesterday in Brussels that a short extension "should be possible," but on the condition that the UK parliament passes May's deal.

Nothing is certain. The situation remains fluid and the final decision will come down to EU leaders later today, after they have heard from May.

Diplomats are not yet making plans for a third defeat in the House of Commons. "No planning for the loss just yet," the source added. "We will cross that bridge when we get there."

Just fifteen minutess ago before this post, German Chancellor Angela Merkel has suggested that another EU council meeting could be convened before Britain's departure from the union if Prime Minister Theresa May loses a third vote on her Brexit withdrawal agreement next week.

Theresa May and Angela Merkel have agreed to hold a second Brexit referendum. In reality, two protesters have donned masks depicting the two leaders in a small protest outside the European Commission building, calling on their counterparts inside to "Make Love, Not Brexit" when they meet as part of today's EU summit.

The activists are calling for a People's Vote, or second Brexit referendum, which would give British voters the chance to reverse the decision taken in the 2016 poll.  As of now Mrs Theresa May has lost confidence in her parliament and UK is on the brink of virtual collapse.  Most UK citizens are angry with May for her statement in the blame game. This volatile situation  and might create options (to break away and merge with EU) for Northern Ireland and Scotland.  Isaac Gomes, Asso. Editor, Church Citizens' Voice. For the second consecutive overwhelming majority vote against the deal on March 12, was a clear sign that U.K. is not really prepared to leave EU on March 29. Leaving EU with no deal will be a wholesome disaster to Britain’s economy. The only certainty in Brexit: London’s pre-eminent role in global finance has been enormously diminished. Some of London’s financiers have already voted, spending billions of dollars shifting staff and assets to outposts across Europe, to Frankfurt, Paris and Dublin. European Commission President Jean-Claude Juncker had warned Mrs. May, that there would be no further adjustments to the agreement if British lawmakers rejected the deal on March 12. The U.K. political system has been challenged on the issue of Brexit. The results of the 2016 Brexit referendum are analyzed by religious affiliation, Catholics constitute the most pro-remain Christian grouping, with 52 per cent voting to stay in the EU. Anglicans constitute the largest grouping to vote to leave – 60

percent wanted out and only 40 per cent voted to stay. A different communal identity emerges in the Scottish context, where there is a widespread sense of betrayal over Brexit. Scotland voted 62 percent Remain, 38 per cent Leave.

It’s no denial that British culture has been shaped by Christianity, and the question,” What does it mean to be British?” is deeply bound up with religious identity for many or both sides of the debate. The flag of the European union is inspired and shaped by the Virgin Mary’s crown of stars taken from Apocalypse 12:1 and its designer, ArseneHeitz has claimed this as true. What is not in doubt is that the idea of Europe in its modern form – not as an economic empire nor as a self –serving coalition of powerful states (27 member countries of Europe) but as a project of peace that emerged from the blood of the trenches and the ashes of Auschwitz – is to a large extent shaped around the principles of Catholic Social Teaching.

Addressing EU leaders in 2017, on the sixtieth anniversary of the signing of the Treaty of Rome, Pope Francis invoked the founding fathers of the EU, for whom “Europe is not a conglomeration of rules to obey, or a manual of protocols and procedures to follow. It is a way of life, a way of understanding man based on his transcendent and inalienable dignity, as something more than simply a sum of rights to defend or claims to advance.” During the last six decades of adherence to European commitment in solidarity to the common good, much has changed due to the changing demography of U.K. landscape. On the one hand there is growing secularization and religion is almost out of the bloc towards working on socio-economic agenda for development. Creating space for the migrants has become one of the major issues in European politics. The case of open trade deal and controlling economics have become very demanding to bring control on the flow of migrants and goods. U.K. has its own ideological reasons to leave EU, however its leaders are still undecided how to enact this departure to the

satisfaction of a nation that controlled many colonies that were built during their hey days of colonial political power with their specific policies. One of the most significant policies was “Divide and rule” that created new nations on the ground of religions and communal agenda. Today the United Kingdom has become an

International arena to face its own divisiveness. Brexit has become a dragon to devour its own policies and plans for the future, at the cost of multiculturalism, multi-ethnicity and multi-religiosity, who have shaped U.K. demographic landscape over these past decades.

When we look beyond the economics and the politics, and include factors such as religion, class and ethnicity, and begin to understand Brexit in terms of human belonging, it becomes clear how divided and conflicted our society is in the changing political scenario today. The shared pursuit of the common good, rooted in respect for the transcendent dignity of the human person and informed by the principles of solidarity, subsidiarity and participation at the core of Catholic Social Teaching give us a common platform which should allow all to rally in the face of widening social divisions and conflicts.