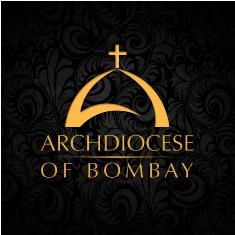 Mumbai (Matters India): The Archdiocese of Bombay has decided to transfer parish priest’s sweeping power to make land deals to a group of priests.

The move comes in the wake of demands made by a group of lay people to the archdiocese.

The Archdiocese has categorically denied that the move is the result of the group’s demands, reports dnaindia.com.

The archdiocese is among the top ten land owners in Mumbai, India’s commercial capital. Each of its parishes has its own trust and its priest as a sole trustee. Any land deal done by him is final. Because of this, allegations of mishandling of church properties have been leveled by some in the laity.

The priest said the archbishop, Cardinal Oswald Gracias, has asked that all sole trusts work towards conversion to multiple trusteeship. “This call was initiated from 2010 onward, in the interests of better governance,” Fr Nigel said. He added, “No decision was taken because of (the citizens’ group) because we do not recognize them.”

Ending sole trusteeship was among the six major demands of the Association of Concerned Catholics (AOCC), a group that has been seeking suspension of priests, besides making complaints with various authorities. AOCC has also sought revamp of finance committees at the parish level.

Arcanjo Sodder, a member of the AOCC, said, “That is what they have told us for the last two years. They have not done anything as of now with respect to converting sole trusteeships. Let them show how many sole trusteeships they have changed.”

Anil Joseph, a concerned member of the community, said there were demands from a large section of Catholics that joint trusteeship be introduced. Multiple trustees should be made co-signatories with respect to any dealing pertaining to property or land owned by the parish.

“It would bring about a sea change in transparency and would be welcome as a very progressive step by the archdiocese. The church should understand that if one one of them commits a mistake, the loss is to the entire community,” he added.