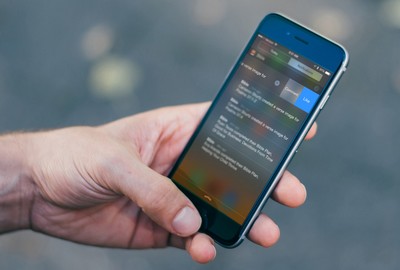 The AOB App is designed, developed and monitored by the Catholic Communication Centre of the archdiocese.

Mumbai (UCAN): Mumbai archdiocese has expanded its Mobile App to iOS platform aiming to help every Catholic participate in the faith-related activities of the Church, an official statement said.
The official App of the archdiocese of Bombay was launched in 2014 on the Google PlayStore for Android users, has now been released for iOS users (8 and above) and is downloadable from the App Store.
The new launch "fulfils a popular and growing demand," said Father Nigel Barrett, spokesperson for the archdiocese of Bombay.
The features of the AOB App for iOS include daily scriptural reflections, prayers for daily living, a motivational ‘Thought for the Day’, hymns, Bible readings, Bible stories, rosary, novenas, the Breviary, information and prayers for Lent and for the Jubilee Year of Mercy.
It also has a facility to help users ‘Find a Church’ and besides providing information regarding the address, contact details and Mass timings.
The App is an initiative of the archdiocese "to involve every Catholic through participation in and a meaningful understanding of the faith. This information is accessible anytime and anywhere to everyone, even on the go," the statement said.
As the Season of Lent – a 40 day preparation for the major Catholic feast of Easter – begins on Feb. 10 Ash Wednesday, the App offers prayers specific to Lent, including Stations of the Cross and tips for making Lent more meaningful.
The AOB App is designed, developed and monitored by the Catholic Communication Centre of the archdiocese.