Bishops, Priests, nuns and brothers. Are they also shameless? 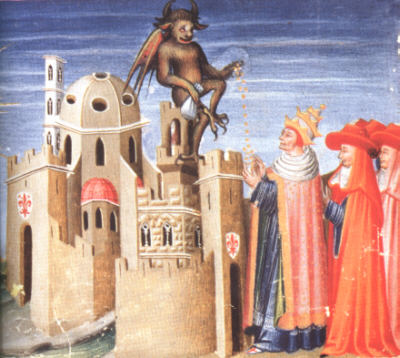 “Those who are proud of their tradition and culture only should come forward to join Eparchy of Syro-Malabar Church” The Archbishop of the diocese of Faridabad declared in his homily during the convention.

The JPL (Joint Pastoral Letter) statement of the Nov. 2013 that the Syro-Malabar born Catholics ceased to be members of the Archdiocese of Delhi became the members of the Faridabad diocese with retrospective effect from March 2012. It also stated that basically they have no choice.

Fr. Padayatty, the spokesperson of this diocese stated that this JPL directive to become  a member of this Eparchy  is meant for all the Syrian born priests and nuns who are serving the Latin dioceses also.

Not a single priest or nun working in the Archdiocese of Delhi has responded to this call from the Eparchy with any sort of enthusiasm. They have no pride for their ancestry or aristocracy. They are shameless people.

Almost hundred percent of the Jesuit priests in Delhi region are from Kerala and almost hundred percent of these are born in Syrian families of the so called high tradition and culture. Have they lost their pride? According to the statement of the Archbishop, these Jesuits are shameless O.B.Cs without any class and culture. But these Jesuits claim officially that they are Syrians and they remain as Syrians and they will not surrender their rite to anybody. But all over the world they will follow the Latin rite services for the church. They say that they have the privilege being bi-ritual. Now they have only one rite- Syro-Latin rite. Don Bosco congregational fathers and brothers, M.S.M fathers and many other congregations are also in the same situation. These are the fathers and brothers, the catholic Church along with the laity, really admired.

Take the case of many diocesan priests of the whole territory of the Archdiocese. We see two bishops, and almost 50 percent or more of the priests are belonging to the traditional and cultured Syrian families. None of them have even recognized the Eparchy as their cherished diocese and embraced it. They also were supposed to be the people who should have been longing to welcome a Syrian bishop to salvage them from the clutches of the uncultured lot. Yet, nobody has raised even a single small finger in revolt against their present situation of serving the Catholics of Delhi. They have become shameless, uncultured lot without any respect for tradition according to the new dispensation of the Eparchy. Again these were the fathers, who left their comforts of life, and came to difficult places in the north to serve Christ. We solute them from the bottom of our hearts.

Look at the communities of brothers.  The patrician brothers, the Christian brothers, the Franciscan brothers, Montfort brothers and many other communities of brothers have more than 50 percent of Syrian born brothers. Each one of them came from highly cultured and traditional Syro-Malabar families of Kerala. How many of them gave an empathetic expression to the” call” of the cultured Eparchy. How many of them felt proud of their culture and tradition. At least they could have heeded to the call in the name of unity and love of Jesus.  Not a single one did so. How can it be? They have lived with these cultureless people and they also lost their pride in their culture and tradition. What a shame? But for us catholic laity, these humble people were examples of humility and love of Jesus.

The service of the Syrian born sisters in Latin congregation is Monumental. The innumerable convents in the north serving the Latin Church are Latin congregations. They have more than 60- 80 percent of the sisters from the traditional and cultured homes of the SyrO-Malaber families. Think of the numbers in the whole of the Archdiocese of Delhi. The Jesus and Mary sisters, Presentation sisters, Holy child (Auxilium) sisters, Sisters of Charity (Bombino sisters), Sisters of charity (Mother Teresa), Mater dei sisters, Loreto sisters, Bethany sisters, Apostolic Carmel sisters, Holy family sisters, Notre Dame sisters, Sisters of St. Antony’s Schools, Our lady of Salvation sisters based in Meerut, Ursaline sisters and so many other congregations have Syro-Malabar born sisters in great numbers. These are all Latin congregations. But in most, majority of sisters are from Kerala traditional Syro-Malabar families. In the whole Archdiocese area, there are thousands of them. Their families in Kerala are proud of them for working in the real catholic mission.  Most of them highly educated, highly qualified, serving and heading great educational and health care institutions. Many of them are heading these congregations and their provinces. According to the new establishment of Syro-Malabar Eparchy, these great numbers became uncultured people who have no pride in their culture and tradition. Again not even one of them ever came forward to embrace the great culture and tradition. These are people who dared to come to face difficulties in the northern part of India and put a stamp to the love of Christ in the minds of the people. They have done a yeomen service in making Christianity shine in the North. It only shows that the Syro-Malabar Catholics who are bishops, priests, brothers and nuns, were working proudly in the evangelical work hand in hand with Jesus Christ and the catholic lay people under Latin rite. These people have become uncultured bishops, priests, nuns and brothers for the hierarchy who consider religion as the most profitable corporate business house and as a source of power and wealth. . But remember that their families are proud of each one of them. None of their family members, not even their siblings and relations who may be in the vine yard of Jesus in Kerala will ever ask these people to affiliate themselves with the new culture and tradition. The new servants of the Jesus only come to places where there are already strong groups of Syro-Malabar laity and want just to sit on the throne even though the Syro-malabar people there do not welcome them and use indirect force to make them come under them. And they call it great culture and tradition and even aristocracy.

Who could be proud of the traditions and culture of the Syro-Malabar Church and Eparchy?  If you were born in a Syro-Malabar family in Kerala, became a priest in that rite but spend your life in Europe and Africa as an N.R.I. for a score long years of your prime youth, serving the European and African Latin churches serving in Latin rite, you are serving Catholic Church. The syro-Malabar pride is kept hiding in the inner pocket. You may study and train yourself in Rome for the diplomatic services,you are  willing to work anywhere in the world as an Inter-nuncio or in the Vatican diplomatic service, be ready to serve the Latin rite services anywhere in the world, even if it is in the capital of India. you can Keep the label of tradition and aristocracy and culture in the hiding place.

But, if the administrative decision went differently and made you the Bishop of a syro-Malabar Eparchy, and send you to India, You realised that you have to put on the mantle of the syro-Malabar Rite.  you suddenly become proud of your Syro-Malabar culture and tradition as if by magic. Will not fate and the opportunities in life make us wear different Cloaks like the politicians of our days?

Our congratulations to you are due for your ability to wear newer and newer timely masks. This is what is needed in diplomacy and politics.  The words like culture, traditions Laws and values are changing and these can be twisted and turned according to our immediate needs.  This is the only new culture of our new establishment of Syrian Eparchy.