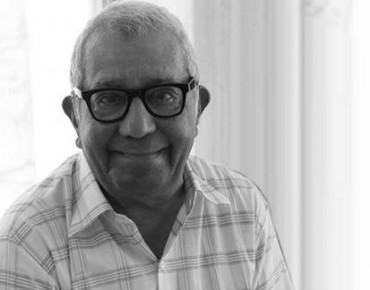 He was born to Jose and Julia Fonseca, Goan settlers in Umerkhadi, Mumbai, in 1925, then known as Bombay. He completed his matriculation from St.Joseph’s High School, Umerkhadi, in 1942 and Bachelor of Arts from St. Xavier’s College, Bombay. He passed with honors in Latin in 1946.

He joined the Bombay archdiocesan seminary in Parel in 1946, a year before India’s Independence.

He was ordained a priest on December 5, 1954. He thencompleted Bachelor of Education and served as assistant parish priest in four parishes and principal of attached high schools — St Francis Xavier (Vile Parle), Sacred Heart (Santa Cruz), Our Lady of Victories (Mahim), and Our Lady of Glory (Byculla).

He held many other responsible roles such as director of the Sodality, the Legion of Mary and Alcoholics Anonymous at various times, a press release from Bombay archdiocese said.

In 1972, he was sent to study a course in Spirituality and Counseling at the Gregorian in Rome and at Loyola University, Chicago. He was appointed the rector of St.Pius X College, Goregaon, the archdiocesan seminary when the Church was undergoing revolutionary changes in the wake of Vatican II.

He was appointed Auxiliary Bishop of Bombay in 1980. He chose Our Lady of Victories Church as the venue of his Episcopal ordination because of his devotion to Our Lady. He retired in 2000.